Zahia Ziouani, conductor: “The film “Divertimento” overflows with the optimism that inhabited me then” 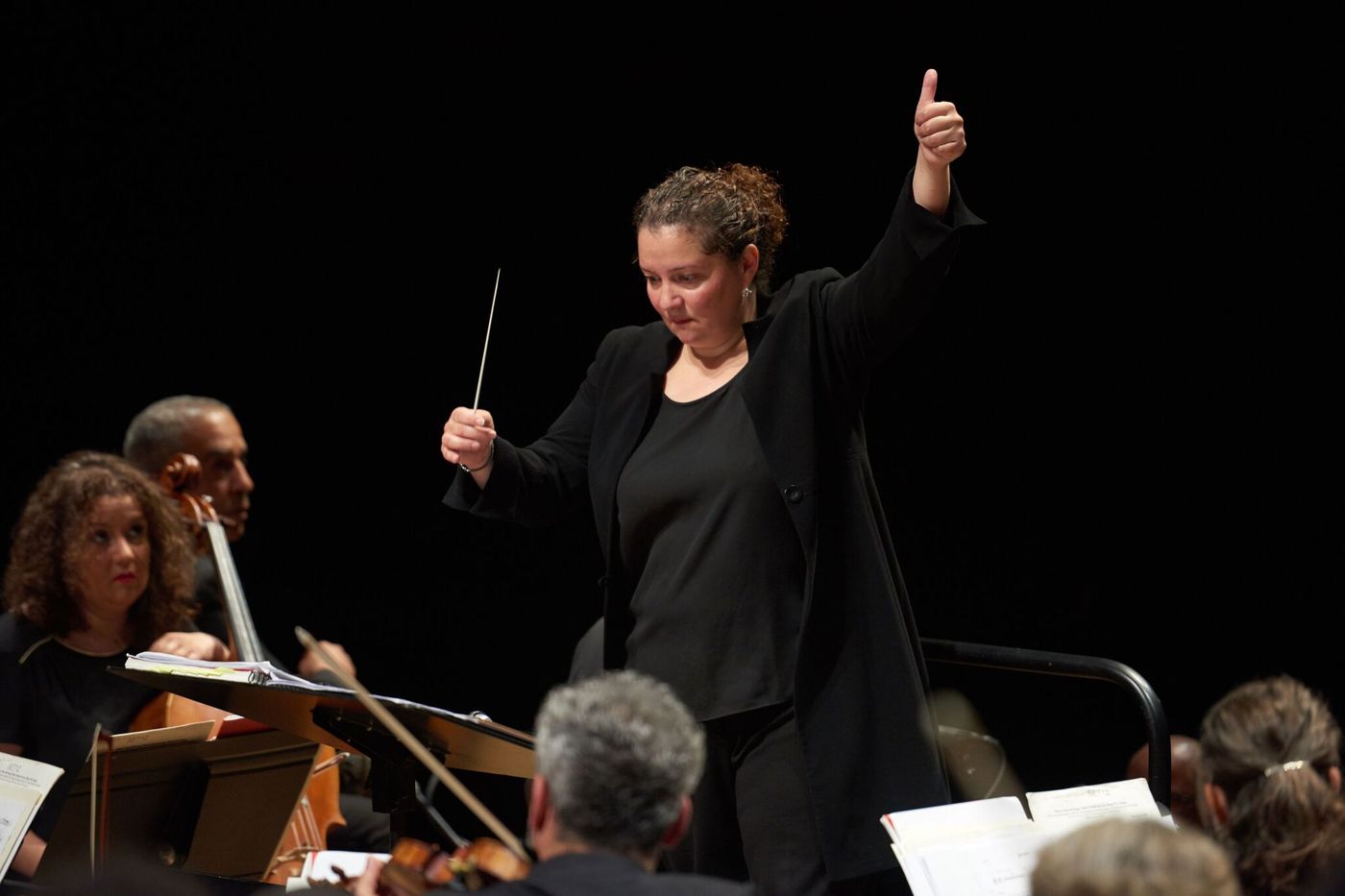 The cross : entertainment recounts your beginnings as a conductor and the founding of your orchestra, and we can see that you needed a very strong determination. How do you read these years today?

Zahia Ziouani: It was twenty-five years ago and, thanks to the actress Oulaya Amamra, I find there both the carelessness and, indeed, the determination of my 17 years. But also these values ​​of sharing and transmission, transmitted by my parents, shared with my brother and my twin sister, cellist and very involved in the film. And, of course, the love of music and this profession of conductor, discovered with fascination through documentaries on television. Without falling into otherworldliness, because it shows hard times, the film overflows with the optimism that inhabited me then and still inhabits me. He also insists on my meeting with Sergiu Celibidache (1), whose classes I had the chance to follow: I was the youngest and the last to arrive in his class.

What did you learn from it?

ZZ: Not to try to imitate him or some other admired leader, but to find my own way, my freedom. I knew him when he was old, during the last eighteen months of his life. He was driven by the desire to transmit, and the very young girl that I was then felt it, even if it could be very brittle, which the film does not hide. Meeting such a figure in music, when I was having trouble projecting myself into this profession and this environment, really counted. He spotted me, made me and gave me confidence. Thanks to him, I understood that based on my education and my dual Franco-Algerian culture, I could exercise my passion in my own way, as he had been able to express it in a completely different historical and cultural context.

Did a woman born in Seine-Saint-Denis immediately have multiple obstacles to overcome?

ZZ: But yes, even if our time is no longer one where the chef’s podium was exclusively reserved for Western men. But it is still very complicated for a woman to reach the direction of large orchestras. You have to show character in the face of certain symphonic ensembles which you feel are suspicious of you, even hostile to you. It is rarely the fact of all the instrumentalists, but the attitude of some is enough to strain the relationship. It is then necessary, in the respect of the musicians, to know how to answer them. We then say to ourselves: “It’s them or me, and it will be me…”

But above all, I absolutely want to present myself to them perfectly ready from the first rehearsal so that my authority is born of recognition of my competence. Orchestras want to work with good conductors who have the technique, share with them a clear vision of the works.

You founded Divertimento to embody your vision of classical music. What assessment after twenty-five years?

ZZ: I also founded it in order to have an orchestra to conduct, a necessary condition for working and progressing. It is over the years that I have been invited to conduct other symphonic groups. Divertimento was and still is inhabited by a community spirit, open to society, passionate about cultural diversity. We like to play classical music from all continents, beyond just the Western repertoire, but also set up projects with dancers or athletes, as will be the case for the next Olympics. Rooted in Seine-Saint-Denis, we are also committed to training young people, via our academy, going to play in prison, etc.

Some of Divertimento’s instrumentalists have been there since the beginning, others have left, others have arrived. An orchestra is a collective with, of course, its ups and downs, but what makes me happy is to see that our community flame is still so alive. The last scene of the film translates it well!