“Yellow” League: Al-Nahda and Al-Qadisiyah in the Sharqawi derby.. and eternity in front of the start of Hajar 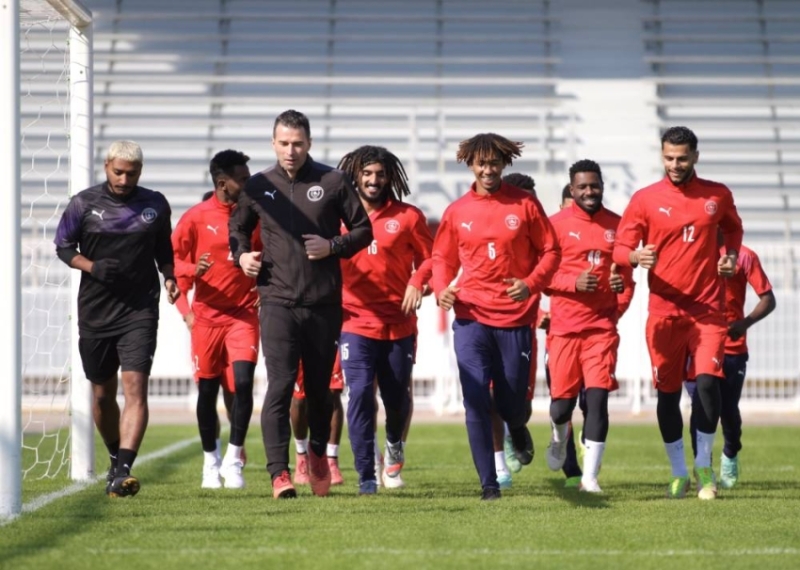 ​The (Yellow) League competition for first-class football clubs will enter its twentieth round, tomorrow, Monday, by holding three hot matches in the stadiums of cities: Al-Rass, Dammam, and Riyadh.

In Al-Rass at Al-Hazm Club Stadium, and at 3:45 pm, Al-Kholud will host his counterpart Hajar in a meeting in which the balance is tilted in the interest of the second, with experience, experience and arrangement, as he has (31) points in fourth place – while the host stands in the eleventh position with twenty-six points.

On the eastern coast – at Prince Muhammad bin Fahd Stadium in Dammam – and at 5:45 pm – Al-Nahda will meet with his brother Al-Qadisiyah in the two wounded meet, a meeting that will enjoy excitement, rivalry and the masses in a close meeting between them. Twelfth place has (25) points.

At the Riyadh Club stadium, at 7:30 pm, Diriyah meets its counterpart Jeddah in a very close meeting between them, with Diriyah (22) points in the sixteenth place, and Jeddah (21) in the seventeenth place.

The matches will continue on Tuesday, with four matches being played:

The matches of the round conclude on Wednesday with three matches:

Tags: and immortality, and Qadisiyah, Before, Cyclic, Derby, in a, leave, renaissance, Sharqawi.., start, yellow