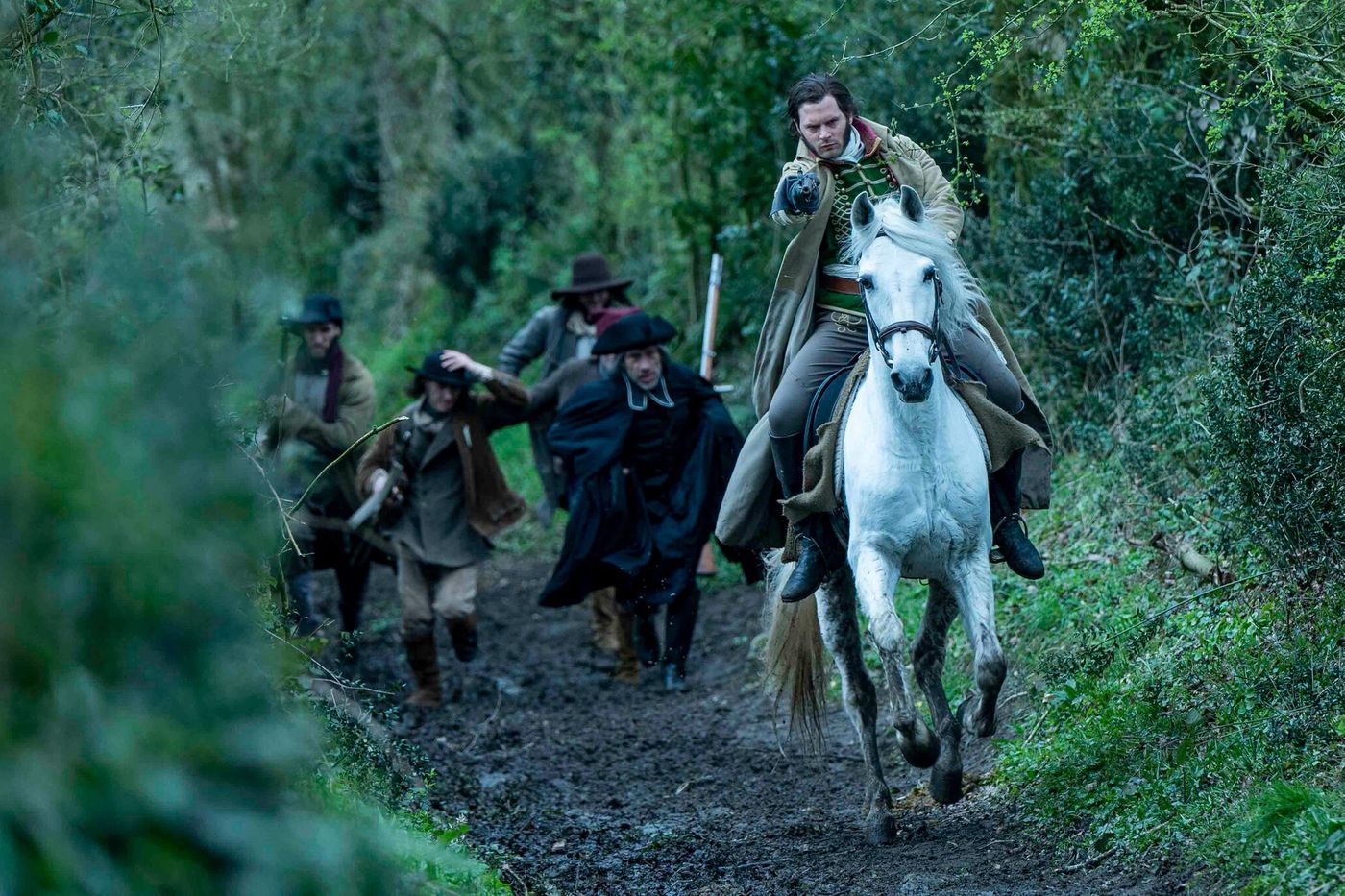 It is a singular object which arrives, Wednesday January 25, in 250 cinemas. Halfway between blockbuster and docu-drama, Win or die tells the epic and lyrical account of the fight led from 1793 to 1796 by François-Athanase Charette de la Contrie, known as Charette, at the head of the Vendée insurrection against the Republic.

Inspired by one of the Puy du Fou shows, it above all marks the new ambitions of the Vendée leisure park in the cinema. ” A childhood dream », for Nicolas de Villiers who succeeded his father at the head of the company. And the logical continuation, according to him, of a success which has not been denied for 45 years, attracting more than 2 million spectators per year. ” Puy du Fou is coming at a time of development and maturity which confirms our intuition that we can tell stories for the big screen. “, explains this one.

In 2021, he created the film and audiovisual production company Puy du Fou films. His first project concerns the adaptation of the Last plume, one of the park’s most popular shows. A choice that is not trivial, however. The character of Charette embodies this royalist and Catholic Vendée which resisted the revolutionary ideal, and his epic, brought to the screen under the trappings of a heroic gesture, takes part in the memorial battle waged by Philippe de Villiers to have the massacres perpetrated in the region during the Terror, which he describes with the disputed term “genocide”.

Shot in 18 days on the very site of Puy du Fou for a budget of 3.5 million euros, Win or die received capital financial support from Canal+ and its main shareholder Vincent Bolloré. But what was originally supposed to be a two-part docu-fiction turned into a movie for the big screen.

Despite a solid cast (Hugo Becker, Jean-Hugues Anglade, Grégory Fitoussi, etc.) and battle scenes perfectly set by the teams of stuntmen and riders from Puy du Fou, the result is disconcerting: a hybrid product combining interviews with historians, reconstructions of Charette’s main feats of arms, dreamlike and introspective scenes. All underlined by an omnipresent voice-over. The scenario is non-existent and the characters around Charette, barely more than silhouettes.

” An atypical film in substance and form “, agrees his co-director, Vincent Mottez. This journalist and director specializing in the field of History (he collaborated in particular with Secrets of history by Stéphane Bern) knew that by dealing with “The War of Vendée”, he was tackling a controversial subject ” which still unleashes the passions “. He nevertheless believes that he has approached it “ as honestly as possible » and judge the result « balance “.

“ We are not seeking to reopen the wounds of the past, but to work towards reconciliation and truth. It’s time for the 21st century to settle our differences on this issue “, affirms for his part Nicolas de Villiers who co-wrote the screenplay and claims all the license of fiction, “ in line with Victor Hugo’s Quatrevingt-treize or Balzac’s Chouans “. ” The debate of historians is not our subject “, he evacuates.

It is precisely this lack of bias, between documentary and fiction, that criticizes Guillaume Lancereau, one of the historians who published last year Le Puy du Faux, investigates a park that distorts history (Ed. Les Arènes). ” By maintaining an equivocation on the form, with historians as arguments of authority, the film is presented as a fiction anchored in a discourse of truth. “.

However, in the absence of any historical perspective and with the word “extermination” pronounced four times, ” we only come out with a moral and political judgmenthe develops. The Republic is presented there as an evil entity and the overall very Manichean tone anchors the film in an anti-republicanism which is the hallmark of Puy du Fou”.

What Nicolas de Villiers disputes. Forbids him a big popular show, in line with the three musketeers produced by Pathé, aimed at a wide audience ” which comes without a priori and vibrates to a human and universal emotion “. “We want to show greatness wherever it is, whatever the side “, he insists. ” Everyone is free to build the Pantheon or counter-Pantheon they want, but this is part of an ideological and militant fightnotes Guillaume Lancereau. To do so under cover of a mainstream film is an insidious political use. »

The “War of Vendée”

– This term refers to the civil war who opposed in the West of France, the republicans (the blues) to the royalists (the whites) between 1793 and 1796

– The civil constitution of the clergy in 1791 but above all the mass raising of troops, decided by the Convention in 1993, provoked a peasant uprising which was to turn into a counter-revolutionary movement

– The balance sheet, estimated at 200,000 victimssparked a debate in the 1980s around the term “Vendée genocide”, defended by historians Pierre Chaunu and Reynald Secher.