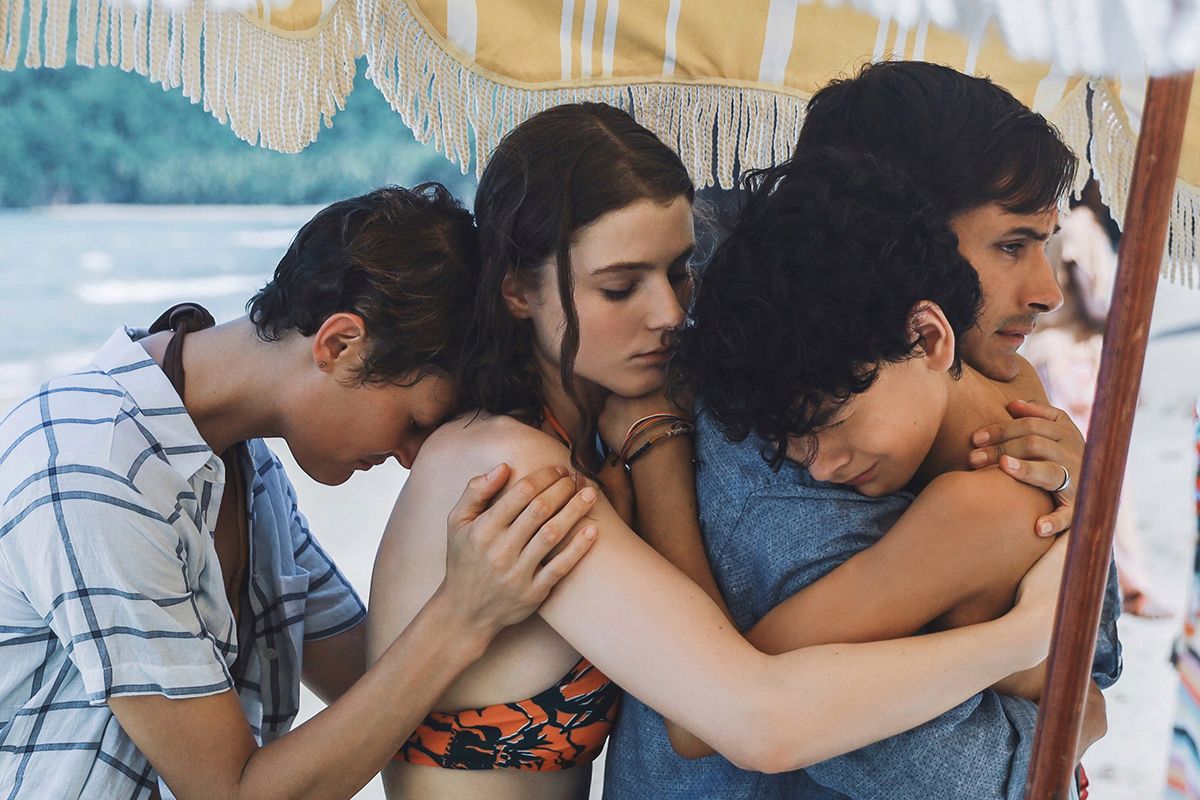 After appropriating the superhero movie with Glass in 2019, M. Night Shyamalan is continuing his experiments. With Old, the filmmaker returns to his first love, supernatural horror. This wins the characters while they leave with their family on an island a prioriheavenly for vacation.

The place is beautiful, in the heart of the tropics, and the hotel team seems to bend over backwards to satisfy its customers. When the head of the establishment offers the small family to venture into a private beach inaccessible to non-connoisseurs, no one suspects anything. Arrived there, they are joined by other families. Very quickly, they realize that something is wrong. The children, aged six and eleven, suddenly become adolescents …

Like the fake hospital of Glass, Shyamalan once again takes advantage of an environment with a reassuring appearance to better lock up his characters. Terror sets in as the characters age. They must face the facts, thirty minutes spent on this atoll without escape is equivalent to a year for their cells. As soon as this reality is accepted, the pace picks up and the film takes a more frank horrific turn because if the group does not manage to escape before dark, everyone will end up dying of old age.

The camera is agitated and illustrates well the panic gaining the protagonists, in particular embodied by Gael García Bernal and Vicky Krieps, touching couples on the decline whose wrinkles and health problems are accentuated over the precious minutes spent looking for a solution. Their aging has morbid consequences that do not fail to stir the viewer as Shyamalan, also in the script, exploits its many possibilities.

In his treatment of horror, the filmmaker draws important inspiration from the “slasher” sub-genre of horror film where the characters are chased by a bogeyman (Halloween, Freddy, etc.), except that this time the monster is time, and its acceleration thirsts for blood.

Based on a Swiss comic

If the idea is original, its exploitation is much less. Throughout the story, the scenario is installed in a rail from which it will never deviate. As a result, no mystery remains unsolvable for very long. Shyamalan is adept at surprising endings and theatrical shots, like his Sixth Sense or Unbreakable, and if he once again relies on the element of surprise for the end of Old, this one does not have the power of the films mentioned and disappoints.

→ CRITICAL. “The Cloud”, the locusts attack

It is visual experimentation that interests the director, more than his script, and it shows. This plastic requirement undoubtedly comes from the original material, Sand castle, the graphic novel by Swiss Frederik Peeters and French Pierre-Oscar Lévy, released in 2010. M. Night Shyamalan was offered it for Father’s Day and was won over by this dark universe and its disturbing black and white.