“We are not important enough in the eyes of the State”: the showmen on the verge of bankruptcy because of the Covid and health restrictions 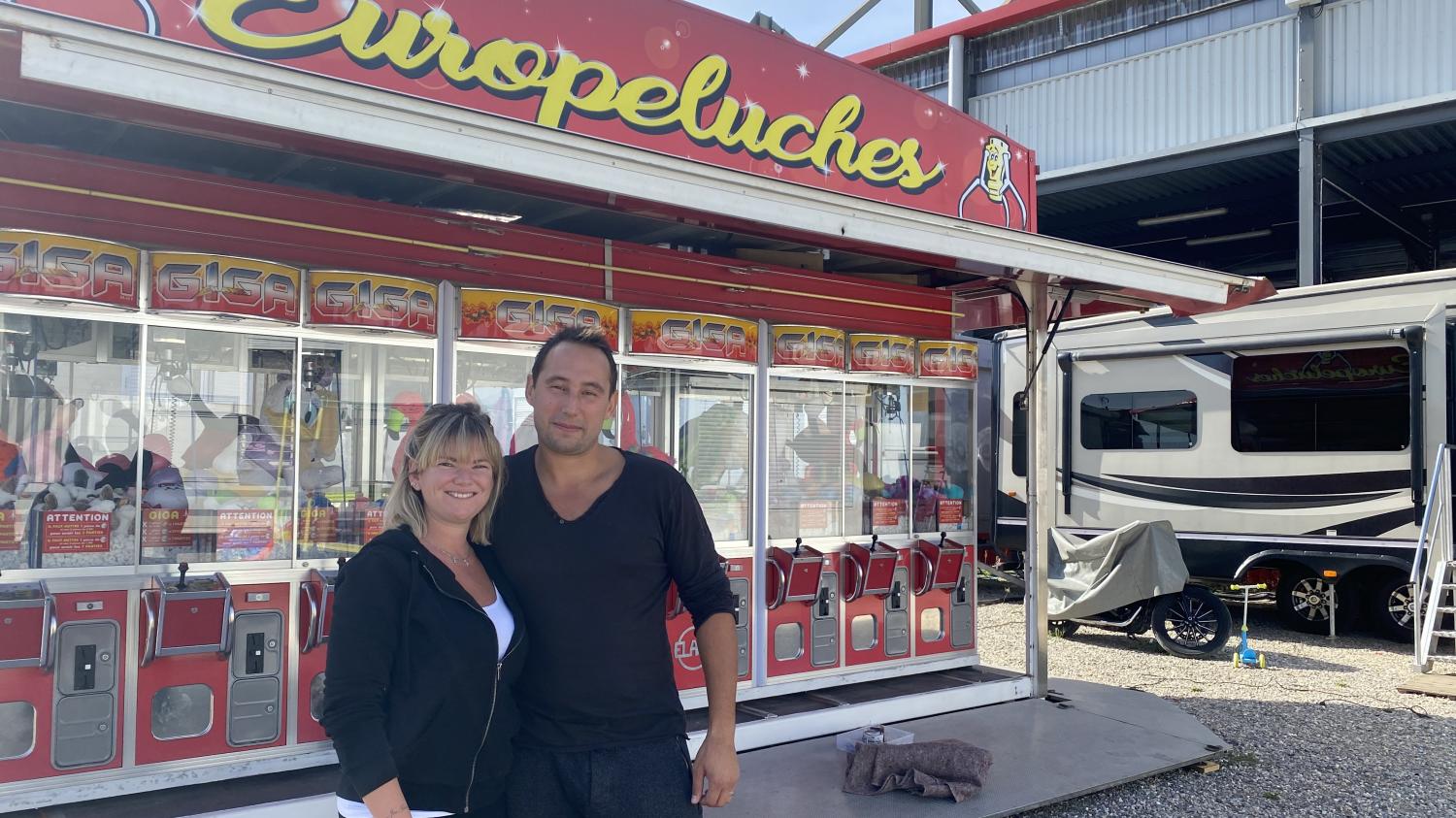 The fairgrounds are mobilizing to call for help in the face of the economic consequences of the coronavirus crisis on their activity.

Snail operations are scheduled for Monday, October 12 in ten cities at the call of the fairgrounds. In Paris, Lille, Arras, Bordeaux, Marseille, Lyon, Orléans, Vannes, Châlon-en-Champagne, Rouen, Forbach / Metz and Nancy, they want to denounce the serial cancellations of carnival festivals due to the coronavirus epidemic. They who stopped everything during confinement, were able to resume a little in July and August, but this fall, some find themselves with nothing.

>> Follow the disturbances related to the demonstrations of the fairgrounds live.

In Lyon, seventy-five families live in uncertainty on a site in Lyon, where caravans and a few rides are parked, stopped since the last summer holidays. When Douglas Caillau, 31, opens his door in the morning, he sees his father’s lint catcher stand standing still: “The cuddly toys are ready. The other merry-go-round is on the other side, ready to go too. At the Vogue des Marrons, or on the roads to block.” La Vogue des Marrons, a traditional fairground in Lyon, the Douglas family has settled there every fall for four generations, except this year.

We have no income, just minimal help for the self-employedMaryline Caillau to franceinfo

Due to this cancellation, Douglas will not be opening his Palace of Laughter: “It’s 40% of my annual turnover”. His wife Maryline, she runs a horse racing stand: “The 2019 edition was my first season with this attraction at Vogue des Marrons. We just bought a ride, so it’s credits over several years.”

Douglas Caillau confirms: “It’s 1,500 euros per month, whereas in June we started to repay a new loan at 1,400 euros per month. So there in October we start to stick our tongue out. I have my children who are at school here. My son has problems, he is dysphasic. We found a school there, so I was going to adapt to that. But if it continues like this during the winter we will be forced to stop and sell our equipment as we go along, which will be worth almost nothing because there will be no fairgrounds.

Karl Chenavier is the representative of the federation of fairgrounds of France in Rhône-Alpes. “The 1,500 euros per month do not allow a business to run, he denounces, I need 11,000 euros per month to run my company. Finally nothing is going any more! “

A situation that despairs him : “I got there, even though I had been with them for eight years, I guarantee that it tears my heart.” His partner, the 5th employee, is on partial unemployment. This is the only income of this couple with two children. Karl Chenavier therefore asks the State to better compensate for losses or to authorize fairs with a strict health protocol.

Her friend from the horse stand, Maryline Caillau, no longer believes it: “We are little ants. We are not important enough in the eyes of the State. We are no match for the amusement parks in Paris, which must have the same health protocol as us but them have the right and not us so that angers me “. These Lyon showmen warn that they don’t know “how this anger will be expressed “.