VIDEO. Global warming: the consequences of melting permafrost in Siberia 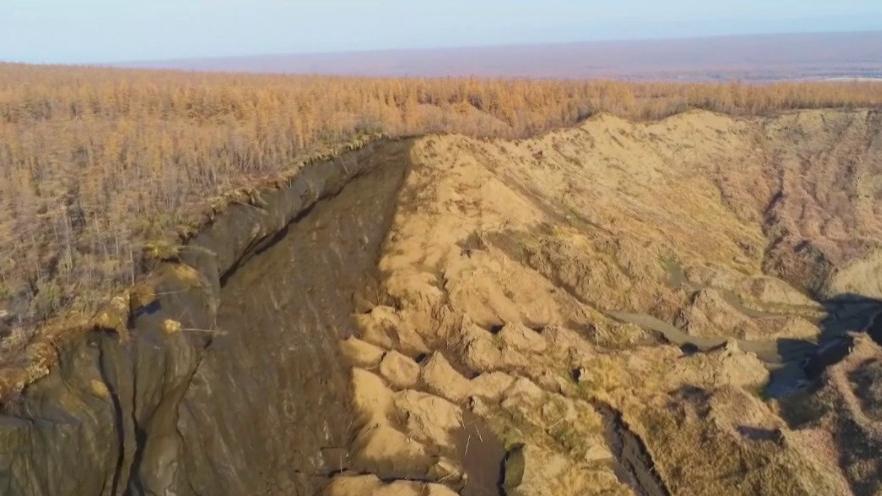 In Batagaika, in northern Siberia, we find the largest crater in the world. Caused by thawing permafrost, the land here has normally been frozen in all seasons for thousands of years. As it melts, permafrost releases treasures, like a mammoth bone. This phenomenon began in the 1960s. With global warming, the crater widens by more than ten meters per year. Permafrost covers a quarter of the northern hemisphere. Almost all of the Russian region of Yakutia, where winter regularly reaches -40 degrees. Its melting causes damage: the ground subsides and draws circles that replace pastures.

What is permafrost? he “covers immense territories in the north of Canada, Russia and Alaska”, explains Nicolas Chateauneuf. Most often there is tundra, with short grass. “Below, there is permafrost, the further down you go, the more the ground remains permanently frozen, sometimes with real pieces of ice encrusted.”

The thickness can vary from a few meters to several kilometers. “With the warming, this layer thaws in depth […] as it thawed, the permafrost released bacteria. “ The risk is to release a virus hundreds of thousands of years old against which humanity would not be immune.