VIDEO. A hundred years ago, René Maran caused a scandal and became the first black writer to be awarded a Goncourt 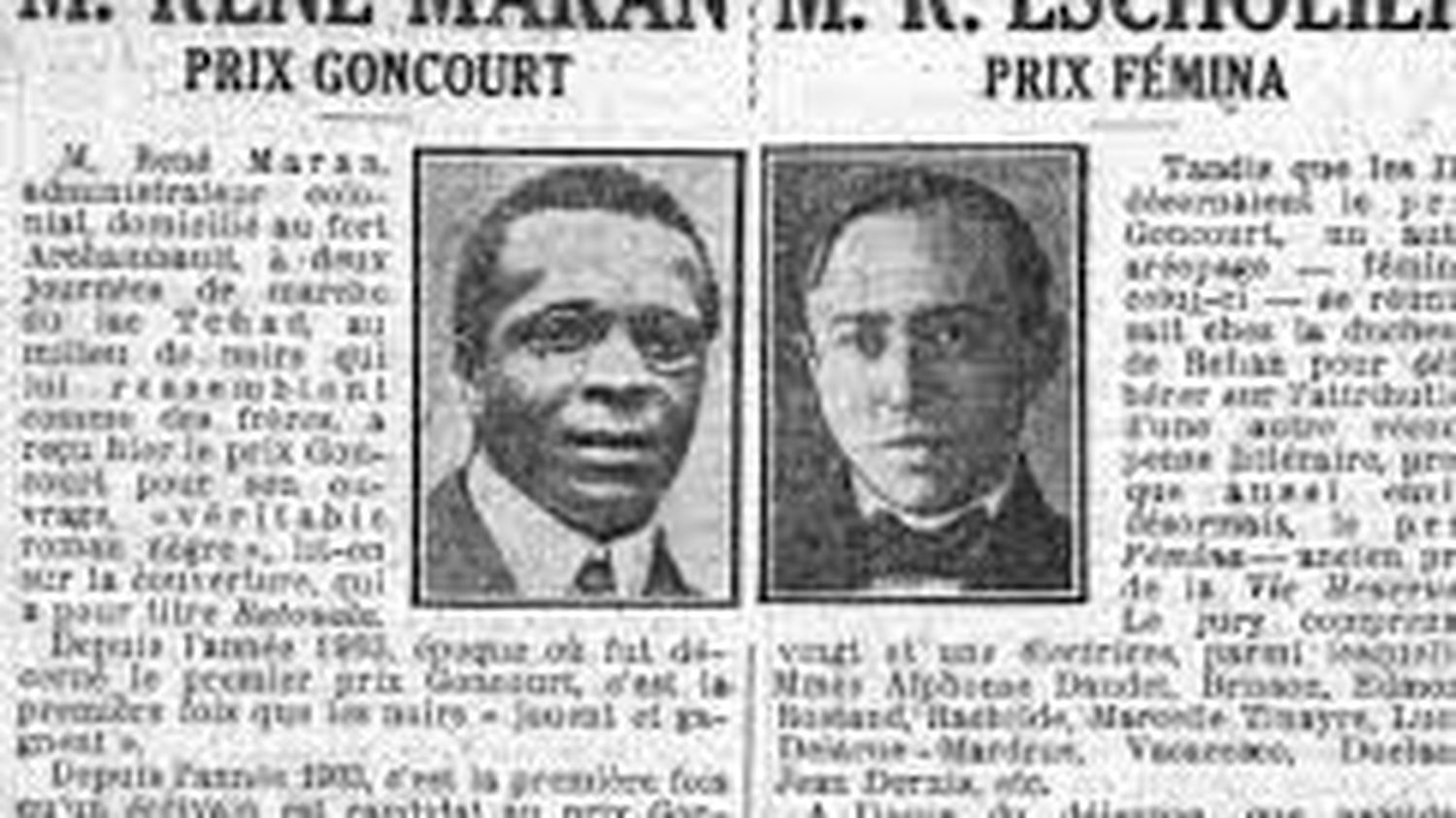 “This award suddenly proves to the universe that a negro can produce works of merit, and frankly be somebody. ” It is in these terms that René Maran, winner of the Prix Goncourt in 1921, welcomes this prestigious distinction. The 34-year-old French writer, born to Guyanese parents, is crowned for his first novel entitled Batouala (ed. Albin Michel). This is the first time since the creation of this award in 1903 that a black man has been honored. A recognition that aroused astonishment and suspicion in the Paris of the Roaring Twenties. The worst rumors circulate about him. Romuald Fonkoua, now professor of French-speaking literatures at La Sorbonne, in Paris, recounts in the documentary certain reactions of the literary community of the time, in particular this one: “He cannot have written it, it is not possible. (…) He plagiarized. “

The perplexity and doubts which agitate the press, because of the color of the author’s skin, then give way to a political scandal. Subtitle ” real negro novel“, the book denounces the realities of French colonial action in Africa. Nobody, until now, had dared to question colonialism which was, at the time, at its peak. René Maran was the first.

He describes, without Manichaeism, the cruelty of the colonists but also the vices of the African tribes. VSStrictly speaking, it is not the story of the novel that sets fire to the powder, it is above all the ten pages of the preface written by the author. “Civilization, civilization, pride of Europeans, and their mass grave of innocents. You are building your kingdom on corpses. (…) You are the force that takes precedence over the law. You are not a torch, but a fire. “

A vitriolic preface which exposes René Maran to the wrath of censorship, shatters his career and turns him into a real enemy of the Republic. A shame for this assertive French patriot, overseas colonial administrator in Oubangui-Chari (a territory which is now part of the Central African Republic). A privileged witness to the living conditions of colonized peoples, the writer is not opposed to colonization as such, but to its abuses and dysfunctions. A paradoxical position as his function obliges him to apply laws, sometimes ferocious, against colonized people of the same skin color as him. Forced to resign from his post a few years after the publication of his novel, René Maran moved to Paris where he devoted himself entirely to writing and literary journalism. Considered as the precursor of negritude literature, it became a real reference for Aimé Césaire and Léopold Sédar Senghor, instigators of this movement born in 1936.

The documentary René Maran, the first black Goncourt, directed by Fabrice Gardel and Mathieu Weschler, is broadcast on October 14 on 1ere.fr at 6 p.m. and on France 3 at 11:45 p.m.