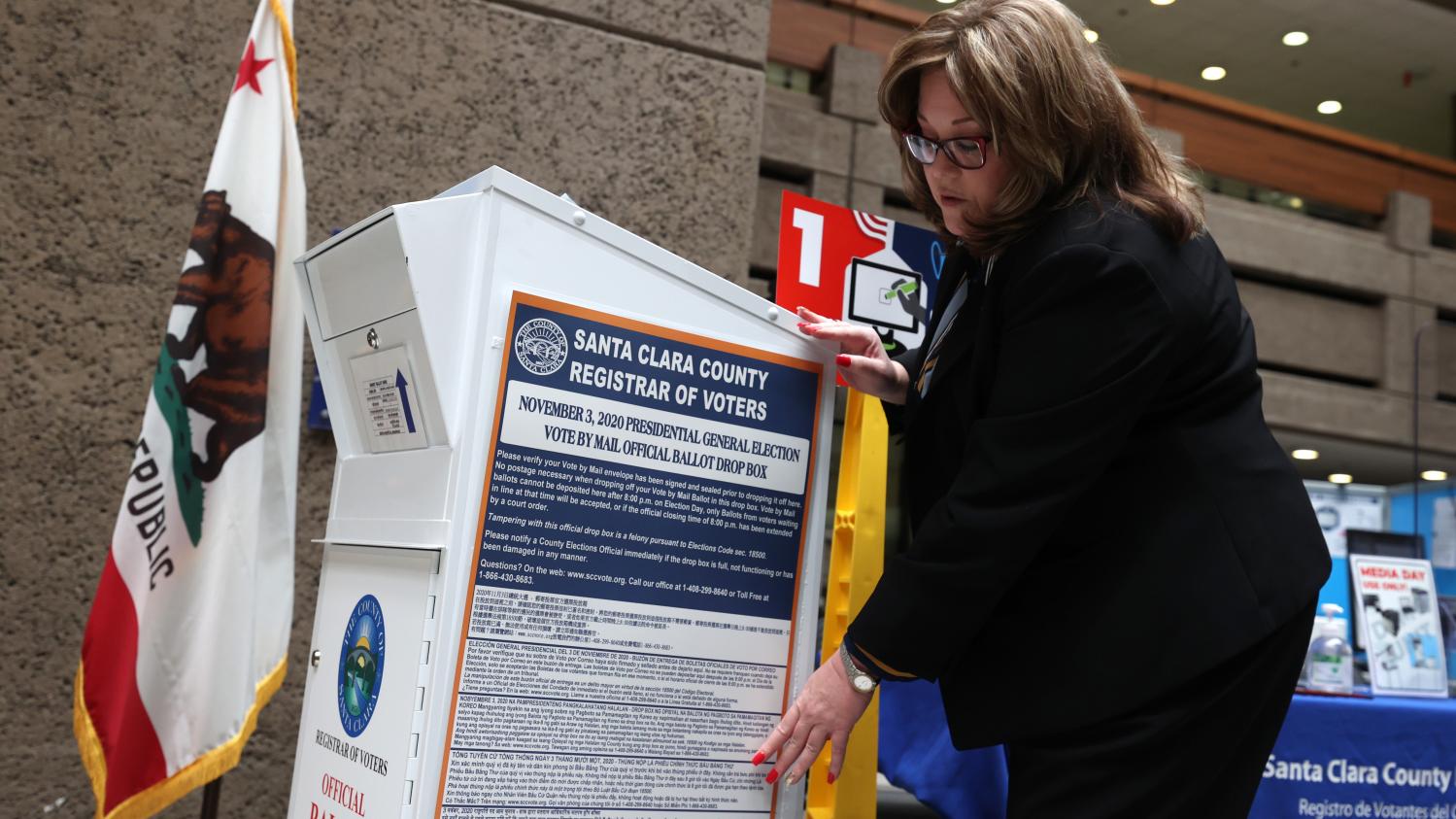 Mysterious boxes supposed to collect the ballots of voters who wish to vote early have appeared in California. But appearances are deceptive.

In order to avoid ending up in crowded polling stations on D-Day, Americans are flocking to postal voting. More than 10 million of them have already chosen mail voting or early voting to decide between Donald Trump and Joe Biden, according to a count published Monday, October 12. But with the approach of the election, scheduled for November 3, a controversy disturbs the ballot in the state of California: it concerns the installation in three counties by the Republican Party of mailboxes supposed to collect the ballots. citizens, explains The New York Times. A vote-gathering process deemed illegal by the Democrats, who cry fraud.

Franceinfo returns to this controversy which has sown confusion over postal voting, a process decried for weeks by President Donald Trump himself.

Why are these “real-fake” mailboxes a problem?

These mailboxes supposed to collect ballots for the postal ballot, have appeared in the last two weeks in three Californian counties, that of Los Angeles, Fresno and Orange County. According to the American press, they appeared in various places, including near arms stores, churches and around local Republican Party offices.

On these metal boxes, a sticker bears the mention of “official ballot box”, or “ballot box”, continues the New York Times, who writes that “For the ordinary voter, nothing distinguishes them from state-dependent depository sites, which are subject to strict regulations to avoid partisan manipulation of ballots.”

Authorities of the state of California, Democrats, believe that these boxes deceive voters, who think of depositing their ballot in an official box. So, on Monday, California Secretary of State Alex Padilla and State Attorney Xavier Becerra sent the local Republican Party an order requesting the removal of these devices.

Are they really illegal?

“To deceive voters is dishonest, no matter which side is involved”, Alex Padilla said at a press conference on Monday, adding that such boxes “were not authorized by law” in force in California. An order to which the president’s party refused to submit, considering itself, also in its rightfulness.

To defend itself, the party of the American president also relies on California law. Refusing to remove the boxes or even to indicate that they are boxes installed by the Republican Party, a Californian spokesman for the party, Hector Barajas, recalled that the law allowed the collection of votes by a third party. “Looking at the way the Democrats [au pouvoir en Californie] wrote the law, we could even use a Santa Claus hoodl [pour collecter les bulletins de vote]. But a closed metal box is much safer “, he quipped, quoted by the New York Times.

However, according to The Guardian, this is a misleading interpretation of the law on powers of attorney. In fact, the texts authorize voters to entrust their ballot paper to a third party, in charge of depositing it for them at a collection point, but under certain conditions: for example, this third party must deliver the ballot to a polling station. quickly and sign the return envelope. Quoted by the British daily, the lawyer Jessica Levinson explains that “Unauthorized boxes fool voters.” An opinion shared by the Californian secretary of state, for whom “voters do not know to whom they are giving their ballot”, he said Monday at a press conference, denying that it could be a question of proxies.

Why did the Republican Party install these boxes?

For months, Donald Trump has not had enough harsh words against the postal voting system, which he considers by nature more conducive to fraud. Likewise, the California Republican Party has strongly opposed California’s law allowing ballot collection.

By installing these boxes, it is therefore for the local branch of the president’s party to prove by absurdity the supposed unreliability of this system, by pushing the democratic authorities to stand up against practices authorized by the laws of the state.“The Republicans keep saying ‘you can’t trust the system, it’s fraud’ and in turn engage in what could be called fraudulent behavior, creating the problem they are exposing “, summed up at Guardian Jessica Levinson.

For the California Democratic Party, this is an attempt to deliberately reduce voter turnout. This is in any case the opinion of the representative of the party of Joe Biden in the county of Orange, Ada Briceño. “Voters need to trust the electoral system and this attempt on the part of the local Republican authorities is eroding this trust”, she lamented in the columns of the Guardian.

What will happen to these ballots?

The votes thus gathered by the Republican Party in these Californian counties should in principle be handed over to the authorities in order to proceed with their counting, as is the case during classic ballot collections. According to New York Times, the Californian authorities do not suspect at this stage any party of having wanted to sort the ballots placed in these boxes. The ballots will be counted as soon as they are sent to the competent authorities and will not need the traditional signature of the third party, as is the case with a power of attorney.

Finally, the California Secretary of State and the State Attorney have invited voters who think they have deposited their ballot in one of these boxes to register with the ballot tracking device, in order to be ensure that their voice is taken into account.