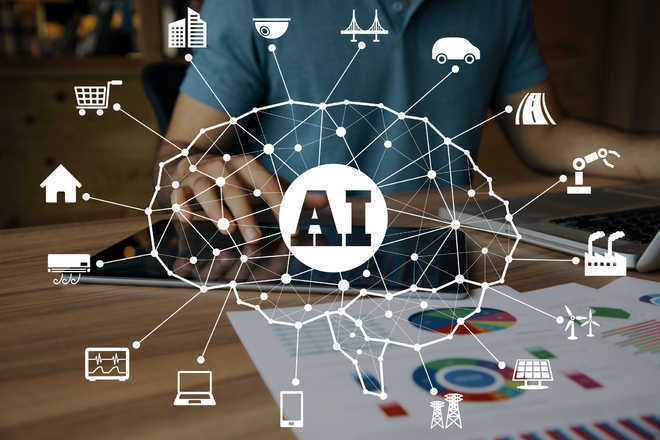 The US should build a formal tech alliance with India that will help develop an overarching Indo-Pacific strategy focused on emerging technology, an independent federal commission on artificial intelligence has said.

The newly-created National Security Commission on Artificial Intelligence in its report on Tuesday said the Department of State and the Department of Defense should negotiate formal AI cooperation agreements with India, Australia, Japan, New Zealand, South Korea and Vietnam.

In the report submitted to the Congress and President Donald Trump, the Commission underlined that America must build on the strength of its allies and partners to win the global technology competition and preserve free and open societies.

This recommendation builds on growing support for the Quadrilateral Security Dialogue, a strategic forum among the US, Australia, India, and Japan, and calls for formalizing relationships with these and other nations in the Indo-Pacific region to focus on AI cooperation for defense and Security purposes, it said.

The Commission recommended a comprehensive strategic framework to marshal international and bilateral cooperation to achieve this goal.

First, the US must expedite the responsible development and fielding of AI by NATO and member states and shape defense cooperation agreements with allies and partners in the Indo-Pacific, it said.

Second, the US must build a multilateral effort to advance the responsible use of AI, by leading a coalition of democracies to advance the responsible use of AI, further innovation, and strengthen diplomatic ties and improve coordination with private industry and international partners to ensure new Emerging technology standards are based on technical considerations and best practices, not political manipulation, and address national security needs, it said.

Third, the US must deepen its AI bilateral partnerships with free and open societies, it said. “It should pursue this through a formal tech alliance between the world’s largest democracies – the US and India – and strategic dialogue between the world’s largest economy – the US and the European Union – to address the challenges and opportunities presented by AI, ”said the Commission.

In its report, the Commission calls for the US to center its Indo-Pacific relations around India with emerging tech as a key focal point; Recognizing the importance of India as the world’s largest democracy; the growing geopolitical challenges faced by India; the shared commitment to freedom, democratic principles, and the rule of law; and the many shared interests of the two nations, including strong innovation and technical infrastructures.

The Commission said that to implement a more robust policy towards India, the Department of State, in coordination with the Departments of Defense and Commerce, must lead the creation of a US-India Strategic Tech Alliance (UISTA).

“The objective of UISTA will be to make India a focal point of US foreign policy in the region and an overarching Indo-Pacific strategy focused on emerging technology and India’s increasingly important geopolitical role,” it said.

The nations should engage in periodic high-level meetings to develop an overarching strategy on issues involving emerging technology and the Indo-Pacific region, it added.

Through regular working groups, UISTA should develop and implement concrete, operational avenues for cooperation between the two nations – including advanced joint research and development projects around AI; talent exchanges and talent flow; a range of issues on innovation, including emerging technology investment and aligning export controls, investment screening, and intellectual property rights; development of AI for societal applications; and using AI to counter disinformation, it added.

The Commission recommended that the Department of State, in partnership with India’s Ministry of External Affairs, should establish UISTA to develop and implement a strategy for emerging technology and the Indo-Pacific region.

The two countries should use an inaugural high-level meeting to develop an overarching strategy for the partnership and identify an agenda for concrete action to be pursued through working group meetings.

Participation from the United States Government should also include the Departments of Defense, Energy, and Commerce, it said.

According to the Commission, in recent years, India has redoubled its efforts to improve its AI infrastructure (including through key investments by US organizations), faces immediate threats to its territorial and cyberspace integrity from China and has been an active participant in the most promising new multilateral efforts around AI such as GPAI and is part of the emerging D10 coalition.

“India boasts domestic technological expertise unlike any other and its citizens represent over 70 per cent of the H-1B visas issued annually by the US. Alignment between the two nations is clear and the potential to build on an already strong relationship is enormous, ”the Commission said. —- PTI