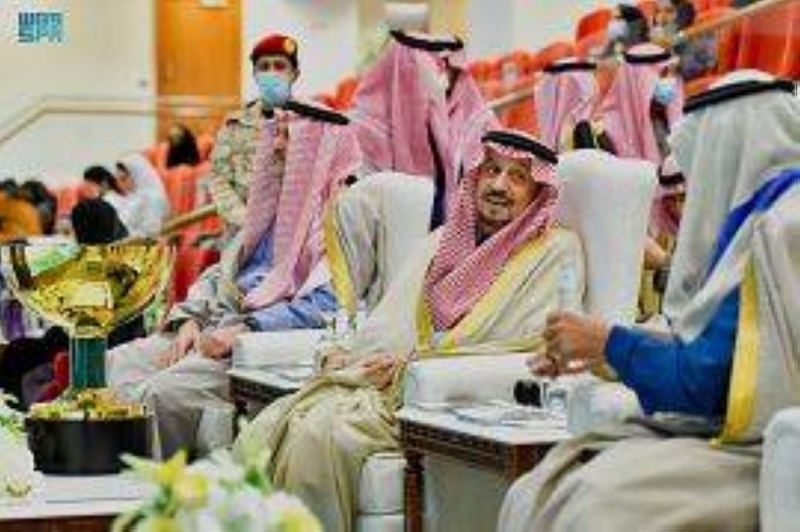 Upon his arrival at the King Abdulaziz Equestrian Field in Janadriyah, he was received by His Royal Highness Prince Faisal bin Khalid bin Abdulaziz, Advisor to the Custodian of the Two Holy Mosques, and His Royal Highness Prince Bandar bin Khalid Al Faisal, Chairman of the Equestrian Authority and Chairman of the Board of Directors of the Horse Racing Club.

At the beginning of the ceremony, the royal anthem was played, then the race began in the eighth round for the Custodian of the Two Holy Mosques Cup for Production (1 local category) and the horse (Al-Mubir) won first place, where it was crowned by the owner Nghimish bin Fahd Al-Ajmi, and His Highness was crowned the winner, Nghimish Al-Ajmi.

The ceremony witnessed a race dedicated to the competition for the “gift and cups of the Custodian of the Two Holy Mosques for the trained Saudi cavalry” at a distance of 2000 metres, with a prize of 120,000 riyals, in addition to the in-kind gift for the owner of the winning horse. Imagination Muhammad Al-Shuraima.