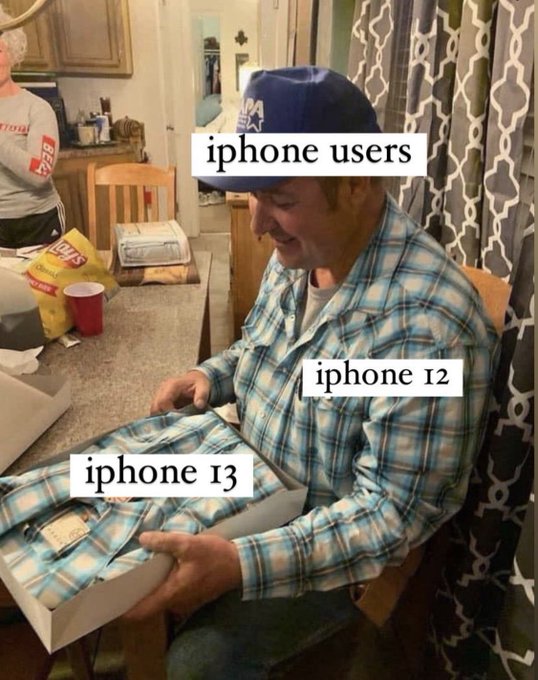 Twitter users are trying hard to find any difference between the iPhone 12 and iPhone 13 as Apple announced launch on Tuesday.

And the social media was soon flooded by memes and hilarious posts by almost identical images to compare the new Apple iPhone with its previous iteration.

Me looking at the difference between iPhone 12 and 13 #AppleEvent pic.twitter.com/9EGdw1EWDW

Me trying to spot the difference between iPhone 12 Pro Max and iPhone 13 pro max #AppleEvent pic.twitter.com/vdAgMBxfgg

iPhone 12 users upgraded to iPhone 13 be like : #AppleEvent pic.twitter.com/6Z4nNS1W7L

Also, iPhone 13 launched video from Apple used a ‘Dum Maaro Dum’-inspired tune to describe the features of its new phone.

The music played during the Apple event 2021 too, when the company’s CEO Tim Cook arrived to present the product line-up at the auditorium in Apple’s headquarters.