Triangle de Gonesse: Castex maintains the station project, despite the resistance of environmentalists 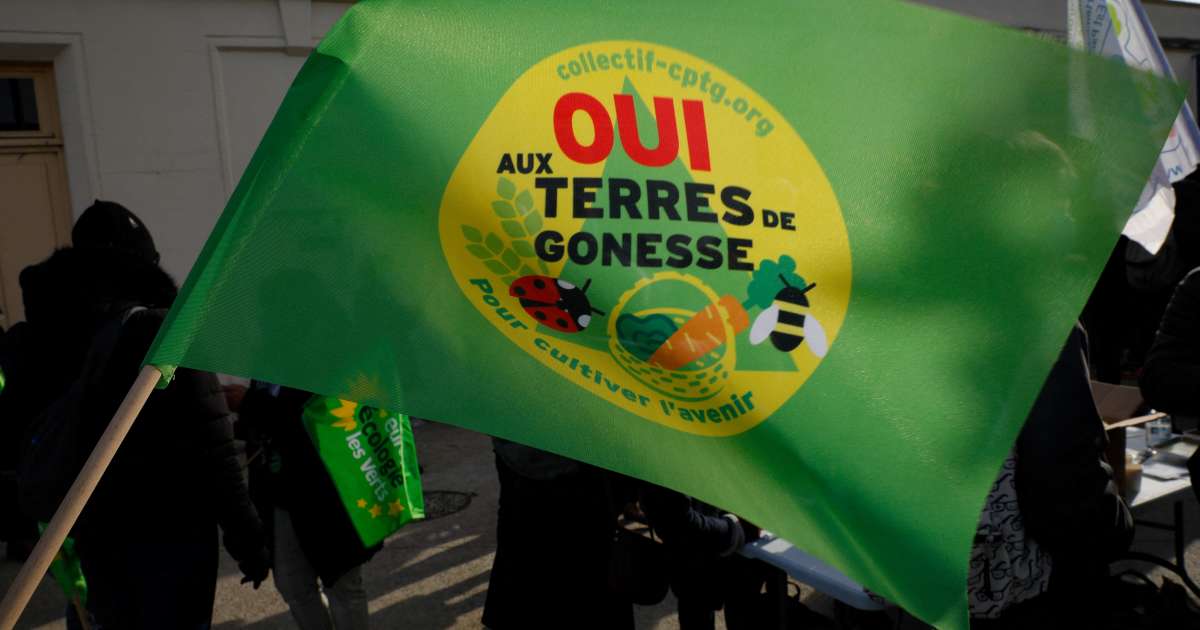 A setback for the environmentalists who have mobilized there in numbers in recent months: Jean Castex will ratify this Friday, May 7 the construction of the controversial station of line 17 of the Grand Paris metro on the agricultural land of the Triangle de Gonesse, among a battery of measures for the Val-d’Oise, announced Matignon Thursday evening.

The Prime Minister “Will confirm the service to the sector by line 17 and the station”, said his advisers, stressing that the government did not want “Reopen the debate on the route” supermetro, despite strong opposition from environmentalists opposed to a station “In the middle of the fields”.

Jean Castex will notably travel to Bonneuil-en-France, where the tunnel boring machine for this line which is to link Saint-Denis (Seine-Saint-Denis) to Mesnil-Amelot (Seine-et-Marne) started via nine stations. That of the Triangle de Gonesse will be the only one in Val-d’Oise.

Since Emmanuel Macron’s announcement in November 2019 of the abandonment of the Europacity mega-commercial and leisure complex project, the future of 280 hectares of agricultural land out of the 700 or so that make up the Triangle de Gonesse has become a point of tension between local elected officials and environmental activists, who held a ZAD (“Zone to defend”) ephemeral last February.

Economic transformation of the area

Matignon specified that the station will be accompanied by other projects responding to “A theme around food, local production”. They will be established on the 110 hectares of a ZAC located to the south of this triangular enclave, bordered by the A1 motorway and overflown by airplanes from Le Bourget and Roissy.

TRIBUNE. Are the Zadists of Gonesse right to oppose a station in the open?

This ” bandaged “ will notably welcome “Part of the activity” the extension of the Rungis wholesale market, which is close to saturation in Val-de-Marne, according to the Prime Minister’s entourage, specifying that it would rather be “Production” or from “Food processing”, while the rest of the activities do not yet have an official duty station.

The project, led by the managing company of Rungis Semmaris, would represent “An investment of 600 million euros” with a potential of “2,000 to 5,000 jobs”, according to a report from the prefect of Val-d’Oise. A public administration and an international school city also hold the rope to settle on this ZAC, added this source.

The urbanization of this agricultural land north of Paris is part of a larger plan to revive this Ile-de-France region of around 1.2 million inhabitants, which has a poverty rate of 17% and greater insecurity in the east of the territory, where investments will be concentrated.

Among the 17 measures announced on Friday will include investments in public transport, the repair of the Sarcelles police station and the extension of that of Cergy, as well as a new remand center, the location of which will be revealed during this trip.

Matignon also announced that “600 million euros” will be allocated to the renovation of the hospitals of Argenteuil and Pontoise, an investment that falls within the overall envelope of 19 billion euros negotiated during the Ségur de la Santé.