“Trench”, a documentary at the front with the Ukrainian military 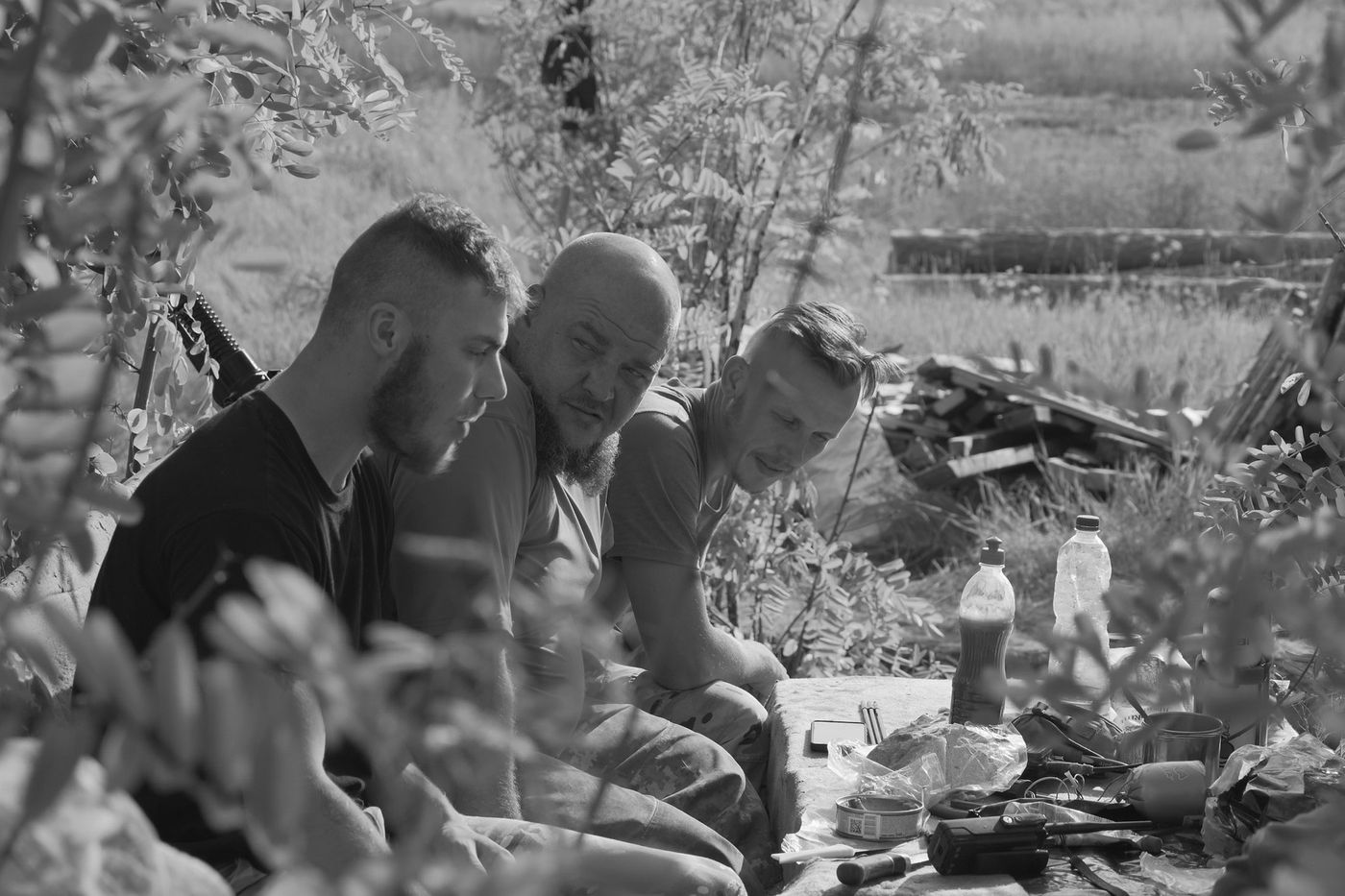 To evoke the current war, the Ukrainians speak of “The Great Invasion”. Because before February 24 and the bombing of Ukrainian cities, there was already war with Russia. As early as 2014, Moscow encouraged an armed rebellion in Donbass, in the east of the country. Russia supplied arms, trained militias and launched hostilities until the Ukrainian state deployed its army.

A long confrontation ensued, on both sides of a front line of 450 kilometers. It is this front line that is at the heart of the documentary directed by Loup Bureau, a French journalist who spent several months in the trenches of Donbass. As close as possible to a dozen Ukrainian soldiers, including a woman, he filmed their daily lives as soldiers at war.

A steppe scarred with trenches

The images are in black and white, sober and controlled. The steppe landscape, scarred by these trenches, is almost an additional character. It is for this land that soldiers fight. The film was shot in three months, in 2020. At the time, Europeans had ended up getting used to this conflict, considered to be “frozen”. But to share the life of these soldiers, we see that the war never stopped. The offensive actions follow one another, even if they are little shown.

→ ANALYSIS. ‘Moscow’s intention is to prolong the fighting’: A war of attrition in eastern Ukraine

We see above all the soldiers at rest, or in the process of engaging in the exhausting work which consists of digging a little deeper into the ground to protect themselves from enemy attacks. They are aware of the discrepancy between what they experience and what the civilians in the rear perceive, because the Ukrainians may have the illusion of living in peace. We also see their determination, and it helps to understand the fierce resistance that the Ukrainian army opposes to Russia today, in a conflict that has taken on a new dimension.

→ ANALYSIS. War in Ukraine: the Russian offensive in the Donbass is stalling

Loup Bureau, 32, is a journalist who covered the Arab Spring, before taking an interest in Ukraine. He returned regularly to the Donbass, in order to be accepted in this trench, as close as possible to the enemy who, moreover, we never see. While the conflict has now overflowed, the film has all the more force, as if it were a harbinger of the storm to come.