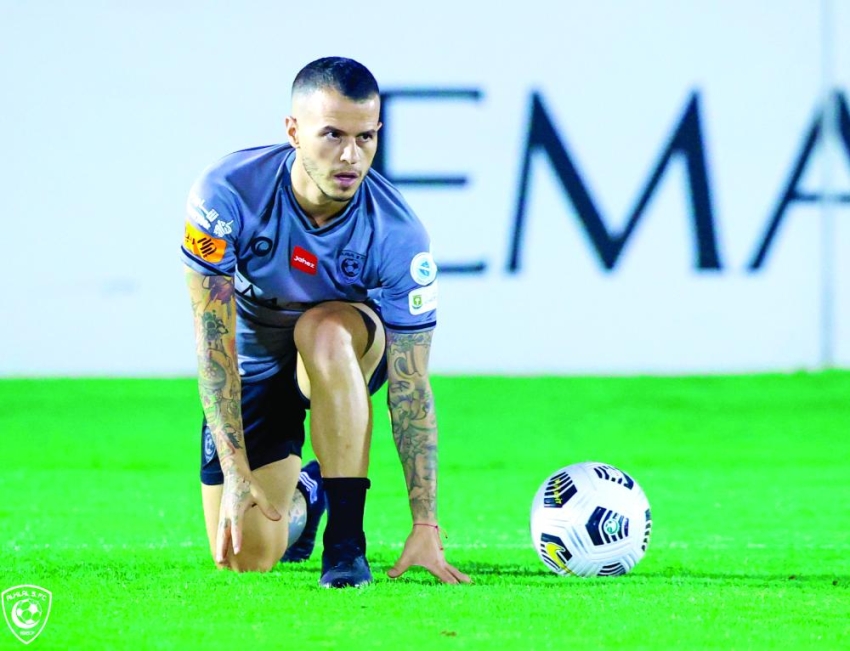 The matches of the twenty-sixth round of the Prince Mohammed bin Salman Professionals Cup will be completed on Friday evening, where two important matches will be held, so the youth will meet with Al Hilal and Al-Ahly will be the guest of cooperation. The end of the league.

The two neighbors Al-Hilal and Al-Shabab meet Friday at the latter’s stadium in a semi-decisive derby for the title postponed from the twenty-sixth stage of the league.

The two teams, who share the lead with 48 points from 25 matches, with the advantage of the goal difference for the defending champion Hilal, put the three points as their main goal in order to break the partnership and make a big step towards crowning the title.

The youth seemed full-fledged, in addition to the fact that its players had enjoyed great relief due to the stoppage of the league, while Al Hilal had just returned from an Asian battlefield, he was physically, technically and nervous, and despite the team successfully accomplished the task, but the performance did not satisfy the Hilal, so they sacked the coaching staff led by Brazilian Rogiero Micali. .

The youth seek to stop the dominance of Hilal and crown their first title since 2012, while the latter is looking forward to confirming its superiority over its host, in recent years during which they met 14 times, including 12 in the league, and twice in the Crown Prince Cup, winning 10 times against four draws, the last of which In the first round.

Although Al Shabab lacks his defender Ahmed Sharahili, he has a ready alternative with Hassan Timbekti, along with the rest of the team’s stars, who are led by Argentinians Ever Banega and Christian Guanca, Fabio Martínez, Nigerian Odeon Igalo and Brazilian Seba.

On the other hand, Al Hilal aspires, led by his new Portuguese coach Jose Moraes, to erase the lackluster levels he presented in the AFC Champions League and because of it he almost deposited the tournament without the results of the rest of the groups that worked in his favor to qualify as the second best, to reconcile with his fans, and come out with the full mark that will bring him closer to Keep his title.

Portuguese Moraes continues the medical quarantine, as he has not supervised the training of the team since his arrival in Riyadh, and the task was assumed by the assistant coach, Abdul Latif Al-Husseini Moraes, about facing young people, due to his presence in the medical quarantine as part of the precautionary measures taken to limit the spread of the Corona virus.

Al-Hilal misses its Korean defender, Jang Hyun Soo, due to a muscle injury he suffered in one of the exercises, along with his star Salem Al-Dossary, who was injured during the continental competition, while the participation of his captain Salman Al-Faraj was not determined after he recovered from the injury that kept him away from his team.

In a second postponed match of the same stage, the fourth team seeks to quickly restore its balance and overcome its recent loss to Al-Fateh 3-4 and remain in the competition circle for the third place, when it receives Al-Ahly at the King Abdullah Sports City Stadium in Buraidah.

The Serbian coach for cooperation, Nestor Al Maestro, said that he did not consider winning all the matches when he assumed the technical responsibility of the team, explaining: “We will lose some matches, but it is important to get up and complete our journey.”

Al-Taawon realizes that losing with the victory of Al-Nasr in the next stage will lose his current position, especially since the difference between him and Al-Nasr currently does not exceed two points, and that is why his focus will be on winning and confirming his victory over his guest after he defeated him by 3 clean in the first round.

In turn, Al-Ahly is looking forward to recovering the winning tone that was absent from it in its last eight matches (two draws and six consecutive defeats), specifically since February 6, and work to improve its position in the league.

Despite Al-Ahly’s exit from the group stage of the AFC Champions League competition, it succeeded, under the leadership of its new Romanian coach, Loriento Rigecamp, in providing great levels and good results, through which he wiped out his lackluster image and his flabby position in the league.

“I am sad to have graduated from the group stage,” said Rigecamp. “I was hoping to help my team qualify for the second round, but at the same time we are satisfied with our level. This is football. We must look to the future and try to develop.”