“The Woman King”: in Benin, an enthusiastic and critical reception 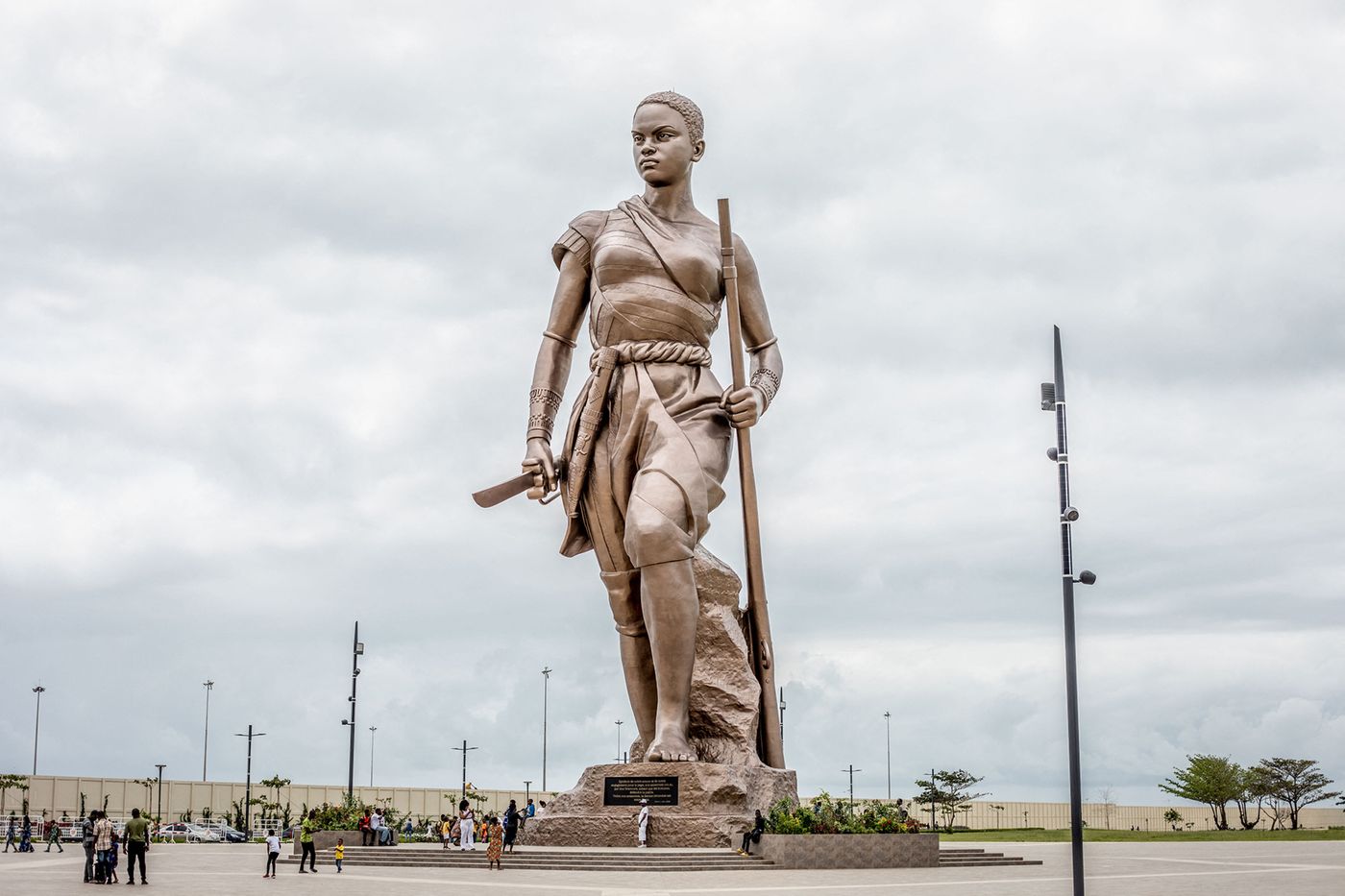 When the end credits come, thunderous applause runs through the hall of CanalOlympia Wologuédé, the only cinema in Cotonou, as the fresco inspired by the Amazons touches the spectators. At the exit, some even take their picture in front of the giant poster of The Woman King. “I have stars in my eyes, I am delighted to be a descendant of such women! », launches Afoussath, communications consultant.

“It was greatadds Oriane, bookseller, came to the cinema with the family. We study the Amazons at school, but it’s a pleasure to see them in such a well-made film! » Jean de Dieu also does not regret having paid 7,000 CFA francs (over €10), instead of the usual 2,000; he rejoices that, ” through (their) history, values ​​are passed on to strong women”.

Proud to see the history of Benin on screen

The film is released in theaters at a time when Benin is promoting these women, who in the collective imagination embody courage, self-sacrifice and loyalty to a kingdom. A 30-meter bronze statue of the Amazon was inaugurated at the end of July in Cotonou, opposite the presidency. Queen Tassi Hangbé, the long-forgotten founder of this women’s army, is rehabilitated. And a museum evoking their epic will open in 2024.

The applause, sustained during certain scenes, also expresses the pride that one of the kingdoms of present-day Benin is brought to the screen. “Hearing the name “Dahomey”, seeing our royal palaces come to life, is very rewarding. We perceive the greatness of our past, as with our treasures returned by France”, analyzes Jordano, architect, his little girl in his arms, whom he already nicknames “The Woman King”. The use of the term “Agojie”, the original name of these warriors baptized “Amazons” by Europeans, is also welcomed by the public.

An enthusiastic reception, which does not prevent reservations vis-à-vis a Hollywood story. “It’s entertaining, but you have to watch the film as fiction, without clinging to historical accuracy.Alvic shade. Americans paint the kingdom of Dahomey on the bright side. Guézo who wants to stop the slave trade, it’s not true, he was our most slave king! » The doctor underlines the sprains made with the history, the rites and the traditions. Yasmine, young hairdresser, supports: “I would have preferred to see dances from home rather than steps that I don’t know. »

Still others point out implausibilities. Ouidah, a center of trade in captives, “isn’t right by the water with mountains!laughs Yann. If it had been shot in Benin, it would be more true! » This desire for authenticity applies to the casting, despite the success of the interpretation of Viola Davis and her partners, and the small role of the singer Angélique Kidjo, which delights her compatriots. “We see African women, but I would have liked a Beninese actress to pronounce the fon well”, notes Cynthia, in reference to the language of the Amazons, one of the most spoken still today.