The Venice Film Festival crowns “Nomadland”, a film on the dark side of the United States 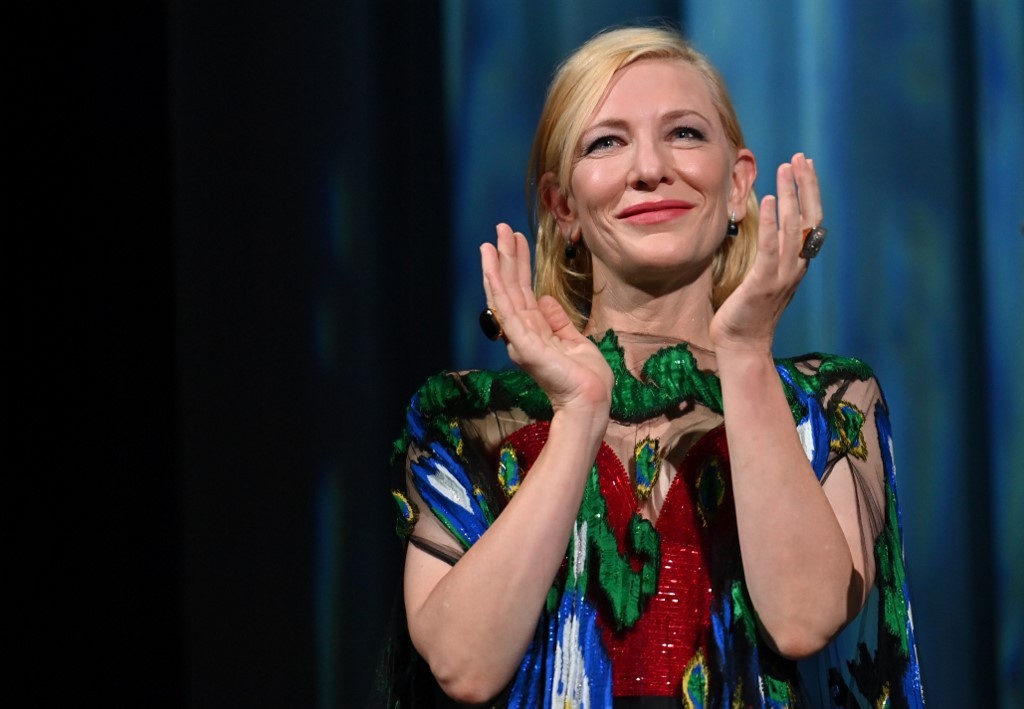 It’s a bit like the law of the genre. In the home stretch of a festival, it is not uncommon for films screened towards the end to eclipse the emotions and sensations of the early days. Very few are those who resist and take the repeated shock of the competition to win in fine.

So unhappy candidate of this game by elimination, Quo Vadis Aida? by Jasmila Zbanic, on the massacre of civilians by Serbs in Srebenica, in July 1995, which so deserved to be distinguished, was he rightly crowned by the jury of the Signis Prize (read below ).

Anyway, the verdict of the Mostra, between two waves of Covid, was eagerly awaited. He relaunches the price race which punctuates the life of the cinema from month to month. The Venice Festival has picked up the torch abandoned, despite itself, by the Cannes Film Festival. There are intriguing, provocative, undeserved awards, the fruit of strange deliberations and mysterious arbitrations. That of the Mostra 2020 is a form of obviousness.

Kate Blanchett at the head of the jury

The Golden Lion logically amounts to Nomadland, by the young American filmmaker of Chinese origin, Chloé Zao, 38, on the dark side of the United States, that of the new hobos, the neglected of American prosperity, sacrificed and rejected who roam this vast country in their mobile home.

Frances McDormand, the muse of the Coen brothers, brilliantly interprets one of these wandering women, doomed to precariousness, in search of a little warmth to seal up a cracked existence. Around her, real ones “Van dwellers” (“Inhabitants of the caravans”) who oppose their sense of solidarity to the vagaries of their misfortune.

The jury, chaired by actress Kate Blanchett, undoubtedly had to discuss a lot to distinguish this film from its direct competitor, awarded the Grand Jury Prize, this Nuevo Ordem, by Mexican Michel Franco who left festival-goers stunned, faced with a scenario where the growth of inequalities gives rise to an uncontrollable and terrifying revolt which belongs to the order of the possible. Japanese Kiyoshi Kurosawa for The sacrificed lovers grab the third step of the podium.

The prize list of this 77 ° Mostra is all in all logical and quite indisputable and distinguishes works in accordance with the spirit of the competition. The additional prizes imposed themselves and must not have suffered from too long discussions between the members of the jury.

Logique, the Best Screenplay Award to the Indian Chaitanya Tamhane, screenwriter and director of The disciple. Deserved, the Special Jury Prize at Dear friends by Andrei Kontchalovsky. Vanessa Kirby for her role in Pieces of a woman by Kornel Mundruczo could only win the Prize for Best Actress, so much her strong and tense interpretation of a woman whose couple falls apart after the death of their child at birth compensates for the shortcomings of the script.

→ MAINTENANCE. Alberto Barbera: “We must fight to save the cinemas”

Vanessa Kirby also beamed in The World To Come, by Mona Fastvold. Ditto, and for the same reason, his Italian counterpart Pierfrancesco Favino won the Best Actor Award for his role in Padrenostro of Claudio Noce, so much his presence as a judge revolverized then tracked down during the sinister and murderous Italian years of lead fills the screen with its weakened strength. He opposes the surrounding terror with the courage never to shirk.

A positive effect on the hopes for a renaissance of cinema

Finally, it is fortunate that the jury did not forget Rouhollah Zamani, a street child of Tehran, for his first role in Khorshid (Sun Children) by Majid Majidi, awarding him the prestigious Marcello Mastroianni Prize for the best young performer. His energy, his charisma, the power of his gaze, the range of his playing already propel him among the great tragic incarnations of childhood in cinema.

This first edition of a major festival in this suspended period will have at least a positive effect on the hopes of rebirth and reconquest of a 7th art in full doubt about the future. La Mostra led the way.

“The Signis jury hesitated a lot”

“The jury of the Signis Prize – the equivalent of the Ecumenical Prize awarded at Cannes – hesitated a lot before choosing its winner, between a film screened on the first day of the competition,“ Quo Vadis, Aida? ”By Bosnian director Jasmila Zbanic, and another featured on the last day,“ Nomadland ”by Chloé Zhao.

Two films that have things in common: directed by women, centered on the characters of courageous women, they face the challenges of life in society and give way to hope. Caught in a dilemma, we chose the Bosnian film because it brings to our memory, with incredible force, one of the worst events in recent European history, the Srebrenica massacre. And, also, because we sensed it, Nomadland would be crowned by the official prize list and therefore did not need our support. “

Guillaume Goubert, director of La Croix, juror for the Signis prize at the Venice Mostra