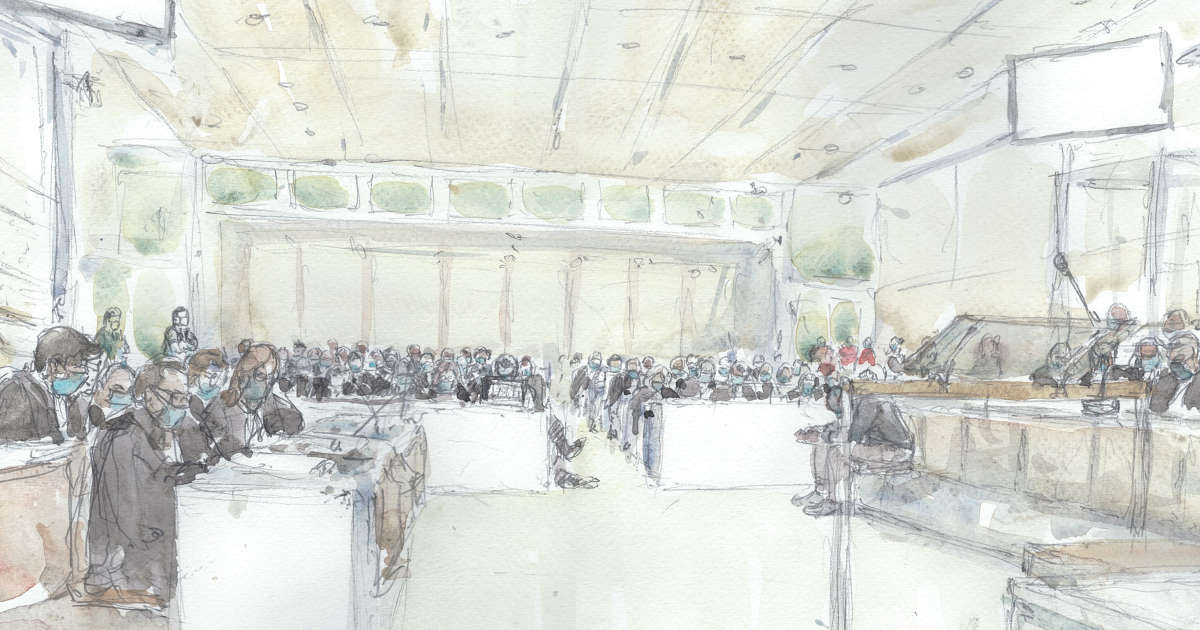 How to reconcile the past to be judged and the sudden irruption of the present? Monday, October 19, the immense shock caused by the terrorist assassination of history and geography professor Samuel Paty hangs over the trial of the January 2015 attacks even more than elsewhere. Both cases have common points: the caricatures of Mahomet in “Charlie Hebdo” but also the tremors provoked at all levels of society by acts of terrorism.

Impossible to continue as if nothing had happened. On the first day of this new week, the president of the special assize court, Régis de Jorna, therefore takes the floor for an unusual message related to “Events” : “When the Assize Court resumes the proceedings […], she wishes to express her emotion following the assassination of the teacher who died simply because she showed her students [ce que signifiait] notions of freedom of expression. “

Several lawyers take the floor including Richard Malka, lawyer of “Charlie Hebdo”, to briefly retrace the history of these drawings which caused so much hatred and so many deaths. “We were right to publish the cartoons. Samuel Paty was right to talk about it ”, he concludes, while a second later the hearing already resumes normally.

To read the remaining 86%,
test the offer at 1 € without obligation.