“The Mississippi Mermaid,” “Does love hurt? “ 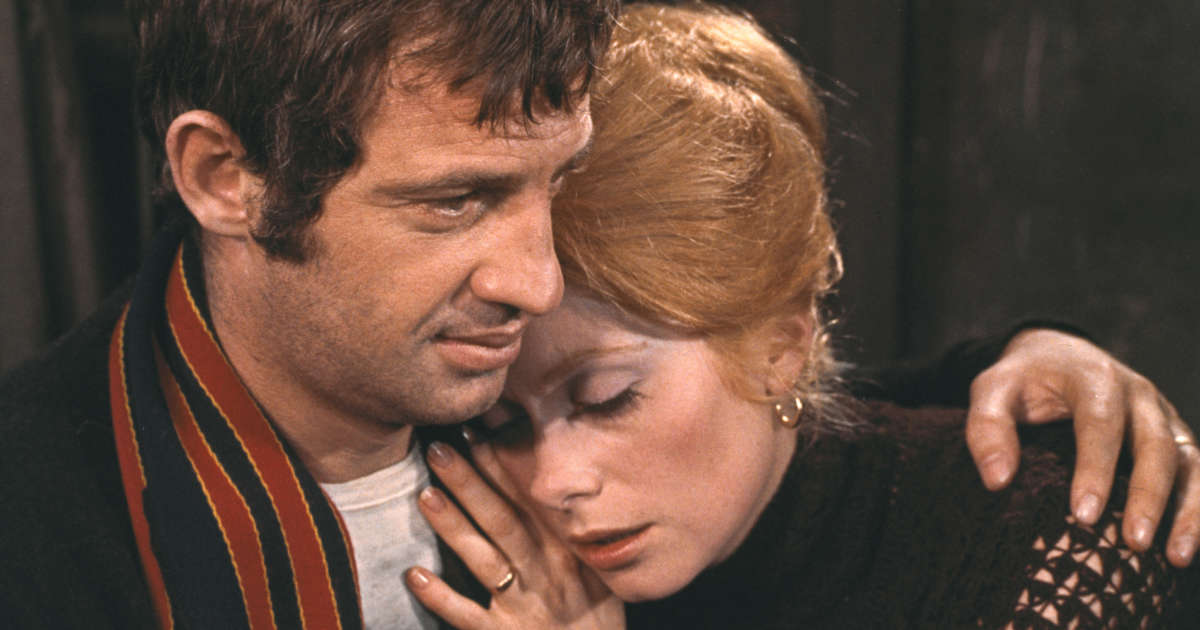 Rich owner of a cigarette factory in Reunion, Louis (Jean-Paul Belmondo) corresponds with a named Julie (Catherine Deneuve) established in New Caledonia. He proposes marriage to her. At the port, where he comes to look for her, he does not find her but comes across another young woman. This one claims to be Julie but does not look anything like the photo she had sent her. Julie is a lie. And Louis accepts it. Overwhelmed by events, very quickly in the throes of mad love, he lets himself be sucked in by the force of attraction of a femme fatale wearing a “Vertigo” bun who resents his fortune but whose taste for calculation never seems to preclude some form of sincerity.

“When I wrote the film, François Truffaut will say in “Cinema according to François Truffaut”, for me, Julie was a boy, a thug who had seen all the colors, Louis, a little girl who expects everything from her marriage. ” Adapted from an American thriller by William Irish, the film excels at sowing clues likely to make the spectator doubt the true nature of Julie: coldness at the death of a canary, silences, unspoken.

A melodrama placed under the auspices of Renoir and Cocteau

Agoni on its release by critics (in the general opinion, Belmondo, what idiocy, was not the character), shunned by the public, re-evaluated today, “the Mermaid of the Mississippi”, one of the films the most most secret and most painful of its author, takes the form of melodrama and places it under the auspices of Renoir – to whom the film is dedicated – and of Cocteau (the clinic where Louis is locked up for nervous breakdown after Julie’s flight is called Heurtebise).

In its second part, “the Siren…” takes the form of a chase. Louis, who has gradually stripped himself of his social being, kills for Julie, and the police chase the couple. Their silhouettes filmed, hand in hand, sinking into the immaculate whiteness of a snowstorm touch us deeply. Just before, Julie had pronounced these words taken up by Truffaut in the play repeated by Marion Steiner (“the Last Metro”, Deneuve, always): “I’m coming to love, Louis, it hurts… Does love hurt? “