The Minister of Sports and Education inaugurates the 2022 School League 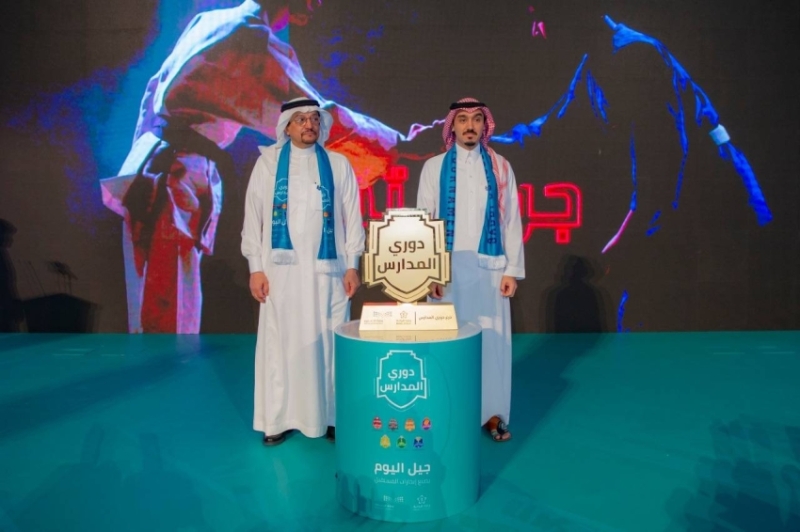 The third edition of the School League will witness the expansion of targeted sports, as basketball, volleyball, handball, judo, taekwondo, and jiu-jitsu games were launched, to be organized into the football sport of the 2022 School League, and competitions will be held for school teams from the levels of primary, intermediate and secondary education in 47 education departments. At the level of the Kingdom (for ages 12-18), where teams qualify for the zone qualifiers stage (for ages under 15 to under 18), followed by the Kingdom’s Elite Championship stage, which will be held at the end of this year’s school league season.

His Highness the Minister of Sports and His Excellency the Minister of Education affirm the support that the sons and daughters of the Kingdom receive from the wise leadership – may God support it – in the educational and sports fields, and its reflection on the development of the school sports system. pic.twitter.com/PWxTmrGfoF

His Royal Highness Prince Abdulaziz bin Turki Al-Faisal, Minister of Sports, affirmed that “the generous support that the sports sector enjoys from the position of the Custodian of the Two Holy Mosques King Salman bin Abdulaziz, may God protect him, and His Highness, his Crown Prince, His Royal Highness Prince Muhammad bin Salman bin Abdulaziz, may God protect him, has empowered the Ministry of Sports.” From launching various sports projects and initiatives, including the School League project, in fruitful cooperation with the Ministry of Education, adding: “Today we are moving again with the Ministry of Education in the School League project to contribute to the development and development of sports talents in public education schools, after the previous success of the League in sports. Football A variety of sports have been added for boys and girls that will enrich the league competitions and contribute to the development of school talents.

For his part, His Excellency the Minister of Education, Dr. Hamad bin Mohammed Al Al-Sheikh, said: “We were pleased on this day to launch this year’s school league to continue achieving its goals, and we at the Ministry of Education are happy with the existing cooperation with the Ministry of Sports in this project and in aspects of training and development,” adding: “The school league will contribute to building a healthy and vibrant sports community. School sports are witnessing continuous interaction, and sports have become a lifestyle, and we have worked in the Ministry to develop sports activity because of its importance, and we have high competence in the field of physical education.”