“The left is us! For her last meeting, Anne Hidalgo invokes History 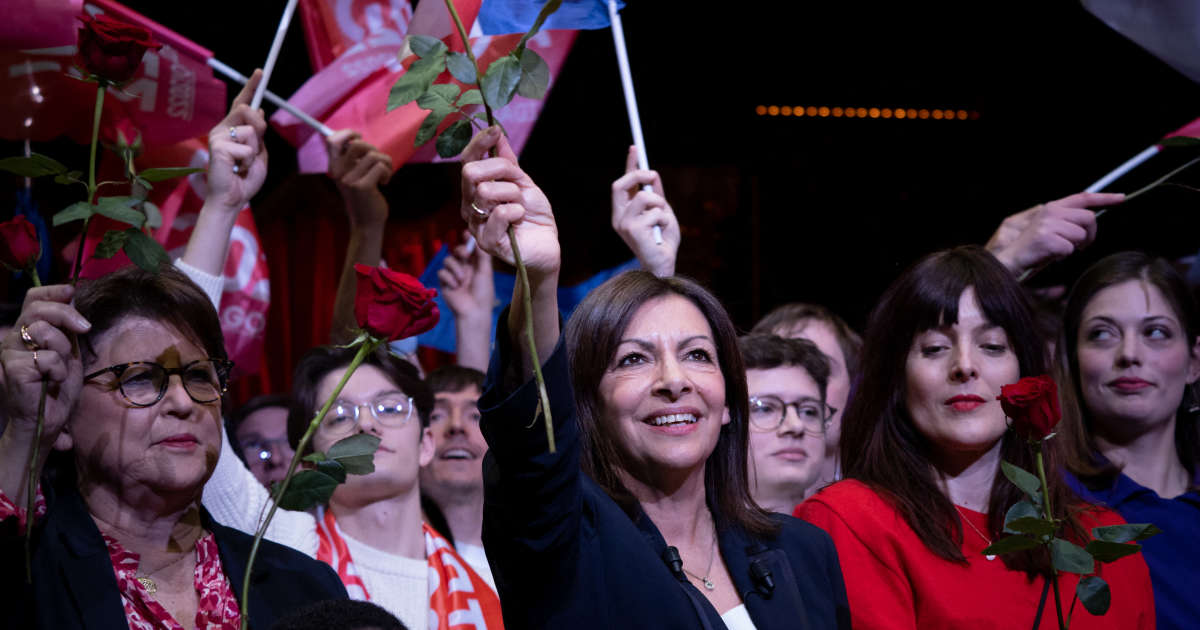 Activists pick up ‘Hidalgo 2022!’ flags. abandoned here and there on the chairs. They know they will serve no more. No one pretends to believe that the candidate will be able to make it to the second round. Anne Hidalgo’s meeting at the Cirque d’Hiver, this Sunday, April 3 in Paris, was therefore her last… or even, perhaps, the very last presidential meeting in the long history of the Socialist Party. This deadly prospect, it is the socialists themselves who opened it. Because from François Hollande to Jean-Christophe Cambadélis via Occitane Carole Delga, we are thinking out loud about the creation of a new party to succeed the PS of Epinay. Dizzying moment that this gathering at the Cirque d’Hiver, a room of modest size, which contrasts with the demonstrations of militant force of Ségolène Royal at the Charléty stadium, of François Hollande at Le Bourget, of Benoît Hamon at Bercy. Is that a dying party?

“We will have to change everything”: how the left is preparing for the post-presidential

And yet, don’t expect Anne Hidalgo to sing the swan song. On the contrary: for the candidate, the whole point of this last speech is to portray socialism as a phoenix that will rise from its ashes again and again:

These great ideals have a name, “the social, European, secular and ecological Republic”continues Hidalgo, who takes care to recall his glorious past:

A plea to lost voters

When we are “indestructible”, you can run into the wall without fear. But when in doubt, it is better to avoid a score that is too starved. Because, as summarized by Jean-Christophe Cambadélis, ” the refoundation is not the same at 5% or at 2% “… To grab a few points, Anne Hidalgo must absolutely stifle the temptation of a “useful vote” in favor of candidates who appear better placed than her: Emmanuel Macron or Jean-Luc Mélenchon.

Speaking directly to voters of the moderate left who had gone to En Marche, she told them: ” You who have supported us in the past, you who share our values, you who have left us, you are family! (…) Rejoin your family of origin! Above all, she poses herself the central question of this first round: Why vote for a party that we know will be eliminated in a week? (…) Why go back to a left which, in any case, would pass its turn? “Answer from Anne Hidalgo: “ Because Macron is on the right. You are not condemned to choose between the right and the extreme right. Vote according to your heart. »

“During the Covid, he didn’t let anyone down”: these left-wing voters who support Macron

And to enumerate the long list of measures for which she criticizes the outgoing president: virtual abolition of the ISF, reduction of capital taxation, abolition of subsidized jobs, compensation scales for industrial tribunals, abandonment of the criteria for hardship for pensions…

” Emmanuel Macron wanted to go beyond the left and the right. He practices the passing of the right by the right “, denounces Hidalgo.

“Mélenchon is a dead end”

The tragedy of the PS being to see its electorate sucked in on both sides, Hidalgo also knocks against the candidate of rebellious France:

“What concrete improvement in people’s lives can he claim?” Any. Mélenchon is a dead end. »

And to remember that Mélenchon, in 2017, did not call to vote Macron against Le Pen [il n’avait pas donné de consigne de vote mais indiqué qu’il ne voterait pas FN, ndlr] : ” Where are the values ​​? Me, I tell you, woman of the Republican left, strong in this compass, I will never hesitate in the face of the far right. »

Is the Mélenchon vote “useful”?

Hidalgo prefers to glorify, far from Mélenchon, ” this left which is good for France », that of Martine Aubry, « who changed France for a long time » with the 35 hours, with the CMU. Present at the Cirque d’Hiver, the mayor of Lille is applauded for a very long time. ” This left that is good for France “, continues Hidalgo, it is that of Bernard Cazeneuve, Minister of the Interior in” the turmoil of the attacks “, that of Johanna Rolland, mayor of Nantes, who, like local socialist elected officials, “ innovates every day by combining social justice and ecology “.

Following their example, Anne Hidalgo stands as a candidate capable of ” change the future like Mitterrand who “changed life”. And to list its priorities: youth (1 euro meal at the Crous, youth minimum income, etc.), ecology, purchasing power (“ Raise wages now and immediately “), the defense of pensions by maintaining the departure at 62 years (“ retirement at 65 is the sacrifice of the working classes “), equality between women and men, the right to die with dignity… And to translate them into action, she does not believe in the big night, no, the Social Democratic candidate is betting on reform:

“It’s our method, patient and stubborn reform,” she insists.

Incidentally, she recalls that she knows what it is, as mayor of Paris, “ than to face the lobbies that come into your office threatening to beat you up because you make decisions on diesel “.

Faced with the war in Ukraine, Anne Hidalgo calls for “ put an end very quickly to imports of Russian gas. Let’s stop paying for this gas of shame! “She calls out to” strengthen Europe, to ensure its independence, build the Europe of defence, but also the Europe of energy and the Europe of solidarity”. Here again, Hidalgo places himself in the filiation of Mitterrand, Delors, Jospin, Holland: “ French socialists have always worked for Europe, its independence and its cohesion. The speech ends with a Marseillaise, then with the European anthem.

Leaving the Cirque d’Hiver, we meet Daniel, 75 years old. Age allowing a certain hindsight, let him have the last word: ” I campaigned for Defferre in 1969,” he confides. “We had done 5%. The Communists were at 21%, much higher than Mélenchon today. The left was scattered. Well, we rolled up our sleeves, we did the common program and we ended up winning. We must do the same. I just hope it takes less time! »