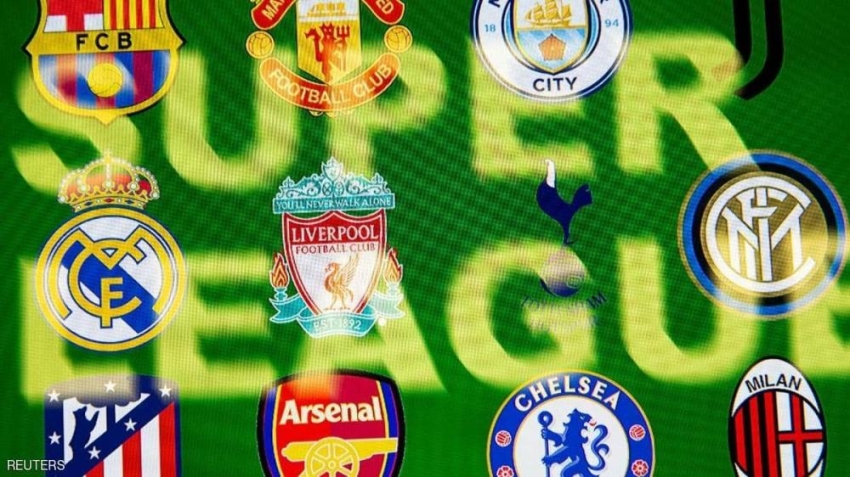 Ceferin told a news conference in Montreux, Switzerland, on Monday, “In my opinion, this idea is a spat on the face of all football fans and the face of our society as well. So we will not allow them to take football from us.”

The “Super League” includes the launch of a competition for 20 teams with 15 founding clubs, but only 12 clubs have participated so far.

The 14 Premier League clubs not participating in the Super League will discuss the situation at a hypothetical meeting on Tuesday, chaired by CEO Richard Masters.

The statements of the UEFA president appear to be in stark contrast to statements issued at about the same time by Florentino Perez, president of the European Super League, who revealed the real reason for launching the controversial tournament, which threatens to draw a new map of European football, and perhaps change its conditions upside down.

In statements quoted by “Sky News” on the El Chiringuito TV network, Perez considered that the European Super League participants are doing so for the sole purpose of “saving football.”

“We are doing this to save football … which is at a critical moment … the important clubs in England, Italy and Spain must find a solution to the very bad situation that football is going through.”

“The only way to reap the rewards is by making football matches more competitive and attractive, so that fans can see them all over the world.”

But Perez said, “Football must evolve as life evolves … Football must change and continue to adapt to the times we live in.”

“We have to do something to make this sport more attractive on a global level, so something really simple happened for us.”

The new tournament was met with strong opposition from German and French clubs, as well as from the players in the two countries, and was at the head of the opponents Bayern Munich, whose coach Hans Flick described it as “not good for football.”

The Spanish government also opposed the announcement of the 12 clubs, the establishment of the European Super League, and the Spanish Minister of Sports said that any changes in the game should be made by agreement only.

For her part, Valentina Vizzali, Italian Deputy Minister of Sports, said that she is extremely concerned about the consequences of the new European Super League, after 12 football clubs decided to hold a separate tournament.

Jesper Muller, President of the Danish Football Association, a member of the Executive Committee of the European Union (UEFA), expected Real Madrid, Manchester City and Chelsea to be excluded from the semi-finals of the Champions League this season, stressing that the Executive Committee will hold an extraordinary meeting next Friday.