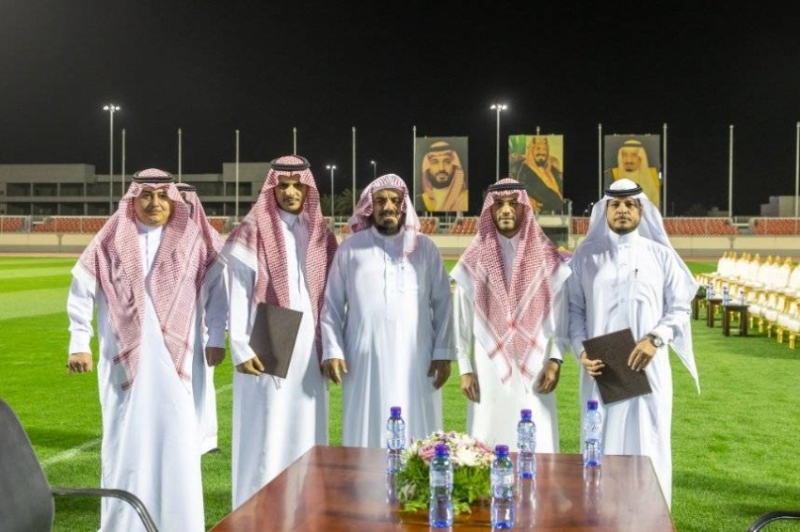 His Royal Highness Prince Faisal bin Fahd bin Muqrin bin Abdulaziz, Deputy Governor of Hail Region, met at Prince Abdulaziz bin Musaed Sports City Stadium yesterday, Thursday, with the Director of the Ministry of Sports branch in the region, Ahmed Rouzy, and the heads of the region’s clubs in the meeting held under the slogan “Our Sports is Our Mission” in the presence of a number of District officials.

His Highness then discussed a number of topics of interest to the region’s clubs and their development mechanisms, amid the participation of the region’s club leaders, who reviewed some of the sports and youth programs and activities and interventions from the officials participating in the meeting, in addition to reviewing the most prominent challenges and ways to address them.

His Highness the Deputy Emir of the Hail region witnessed the signing ceremony of two cooperation agreements between the Obesity Society and the Al-Taie and Al-Jabalin Clubs in cooperation with the Hail Wells Water Company.