Ten things to know about the Montreuil 2021 children’s book fair with Sylvie Vassalo, its director 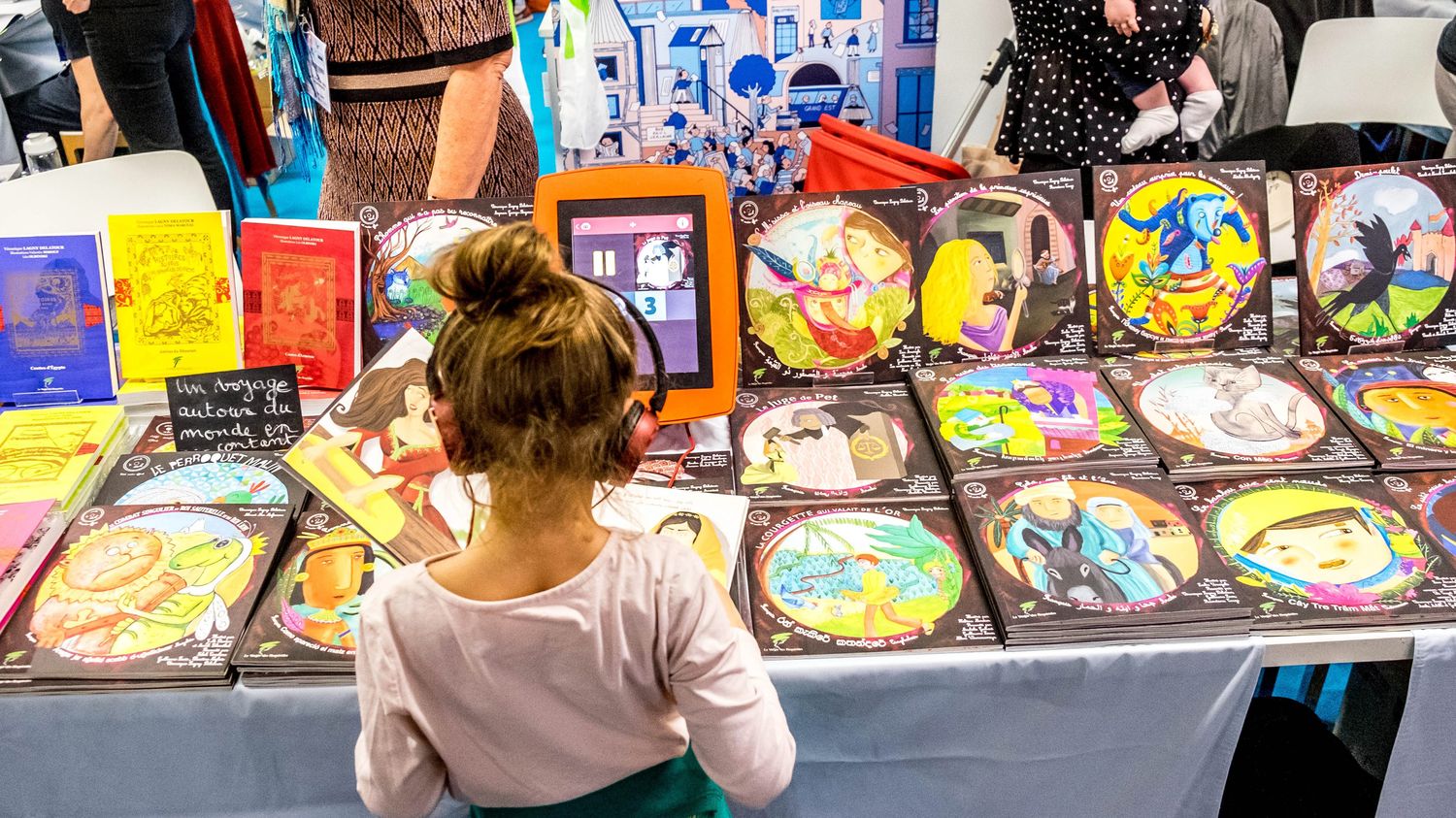 After having lived an exceptional year and a fair reinvented in 2020 because of Covid, the Montreuil children’s book fair looks set to be auspiciously this year, with an almost return to normal and the perpetuation of ideas imagined in 2020 to bypass the virus. Sylvie Vassalo, director of the show, shares with Franceinfo Culture the state of mind and the main lines and novelties of this 37th edition, which takes place from December 1 to 6, 2021 in Montreuil (Seine-Saint-Denis). 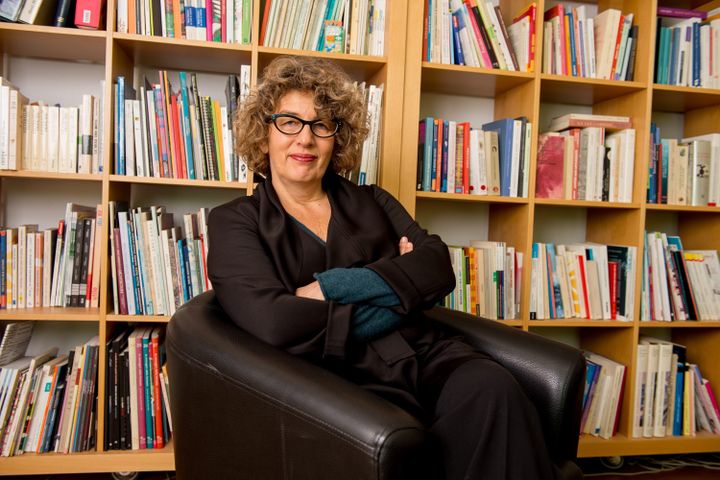 A return to normal

After an edition upset last year by the health crisis, is the 37th Montreuil children’s book fair marked by a return to normal? “Yes and no, it will be a bit in between”, confides Sylvie Vassalo, who announces a show in “augmented reality”, with the sustainability of new forms launched last year. With 400 exhibitors, 180 authors, meeting rooms, workshops, professional meetings, the show is making a face-to-face return in Montreuil (Seine-Saint-Denis), with the large exhibition hall where “almost all publishers have taken over a booth, although conditions are difficult for small independent publishers”, emphasizes Sylvie Vassalo. “We will find the boiling point that we know each year, enriched with new dimensions experienced last year, such as the TV show, the deployment of the show throughout the territory thanks to the partnership with bookstores, libraries and Centers of knowledge and culture, and also the extension of professional meetings to an international level thanks to digital meetings “, she rejoices.

“But we are not out of the crisis, so we intend to apply the usual precautions with great seriousness: health pass for those over 12 years old, with the possibility for those who wish to take a test at the entrance. of the living room “. A gauge is also imposed on school groups, between 650 and 700 groups will be accommodated during the duration of the show, against more than a thousand before the crisis, with a presence of three hours maximum on the site.

“We !” is the theme chosen by the show this year. “What is hidden behind this ‘We!’ Is both an affirmation and a question. We wanted to affirm the common interest, the importance, and even the need to be together, to to bring together, to play collectively “, emphasizes Sylvie Vassalo. “This is all the more essential in a fractured society, with children at the heart of these fractures.” But “us” is also an interrogation on who we are, on the relationship to oneself, and to others “, adds the director of the show. “Among the Greek philosophers, the ‘we’ has a meaning linked to knowledge, to the mind, to reason, to intelligence, and it seems to me that children’s literature also makes it possible to think in a spirit of communion”, she adds.

“The idea is not to provide answers, but to question our world through the eyes of children’s authors, who are both stakeholders in the collective as part of the book chain, but who also have their singularity, and which can be or have been weakened, isolated during this crisis “, notes Sylvie Vassalo. “It’s interesting to see how much can be hidden behind this very little word ‘we’, which speaks to everyone, which remains open and which everyone can invest.”

A large outdoor exhibition, open to all

The large exhibition of the show, usually in the walls, will be like last year mounted outside. “We have decided to keep the exhibition outdoors so that as many people as possible can benefit from this look at children’s literature”, explains Sylvie Vassalo. Baptized Our factory, it presents around sixty giant illustrations, taken from eight recently published albums. This year it will be installed in the wasteland adjacent to the large exhibition hall, and will thus be “a kind of front door in the living room“, specifies Sylvie Vassalo.

The “living room TV” is back

Launched last year to bring the show to life during the health crisis, the show’s TV, on the strength of its success (500,000 spectators around the world) is back in service this year. The programs will be broadcast during the show from 5 p.m. to 8 p.m., on the internet and on TNT channel 34, in partnership with Vià93 and Muséum TC. “The idea is not to duplicate what is happening at the show, but to decline in a televisual form this festival of children’s literature, with original content, literary broadcasts, news, lighting on the underside of the creation maps, with authors, illustrators, all kinds of actors in the sector “, explains Sylvie Vassalo. The channel will also broadcast programs from its partner France Televisions, and in particular episodes of the cartoon Ernest and Celestine.

The show is deployed throughout the territory

Part of the program is deployed in 500 locations throughout France, 140 bookstores, 300 libraries, 130 CCC (Knowledge and Culture Centers). A choral inauguration is scheduled for December 1 with meetings with the authors, comic readings, in partner bookstores and libraries and the CCCs exhibit an adapted form of the exhibition, with associated educational tools for activities. These partners will also highlight the selection of the 2021 Nuggets. A whole system set up last year, which the show has decided to perpetuate because it allows “a national anchoring, with extensions on the territories at different scales, from the big cities like Lyon or Bordeaux, to the small rural communes”, welcomes Sylvie Vassalo.

A dedicated space for “Books for oneself”

A dedicated space is open this year at the show to this device set up throughout the year, to train parents in children’s literature and promote reading in a family context. “We wanted to highlight at the show the actions we carry out throughout the year for the most disadvantaged audiences with regard to access to reading“, confides Sylvie Vassalo. In the same spirit, Kibookin, the site for recommending books for young people and Looping, a device in favor of children with disabilities, will also have their space dedicated to the show this year. “It’s a way of showing our concern for welcoming all audiences“, says the director of the show.

A “Playground” for fun with reading

“As part of a partnership with CAF 93, we launched a literary game, with Carole Chaix and Cécile Roumiguière, which we experienced this summer in the Literary Attraction Park”, explains Sylvie Vassalo. Based on this idea, the show inaugurates a new space dedicated to literary games offered by the show and by publishers. “It is once again to take children to read in a fun way”, she emphasizes.

The price of the Big Dipper, which celebrates “a work of remarkable character” was awarded this year to Julie Félix. “This young talented 37-year-old author favors and reinvents with each album a form of story that puts child and parent in dialogue when reading”, emphasizes Sylvie Vassalo. “She is part of the tradition of the new school, Montessori and others, which advocates learning through play, and which puts the child at the center, but she is also a young plastic artist, who understands the sensitivity children, who understands the languages ​​spoken within the family framework, with a great ability to find narrative forms narrations that bring into play the body, the position of the body, conducive to the necessary sharing between the child and the parent in this privileged moment that is reading “, explains Sylvie Vassalo with enthusiasm.

This “Goncourt” of children’s literature, organized in partnership with FranceTelevisions, one winner by category (Illustrated Book, Junior Fiction, Comic Strip and Teen Fiction), is elected by juries of 36 children and adolescents aged 8 to 18 selected from among more than 600 young people who responded to the call for applications this year, as well as a Gold Nugget, chosen in these four categories by a jury of professionals. The announcement of the 2021 Nuggets winners will be made on Wednesday, December 1 at 5 p.m. on the TV show. “We have a magnificent selection this year, which marks our concern for opening up to various narrative forms, such as poetry, or the theater, and also that of highlighting essential books, but not necessarily spotted”, concludes Sylvie Vassalo.

Illustrated book:
– Farewell Snow White, by Beatrice Alemagna (The Party)
– Change of scenery, by Jeanne Macaigne, The Red Fourmis
– Spirit, are you there?, by Dominique Ehrhard and Anne-Florence Lemasson (The Great People)
– The disastrous consequences of a drop of rain, by Adrien Parlange (Albin Michel youth – Trapèze)
– The Reflections of Hariett, by Marion Kadi, L’Agrume

Comic :
– Detective of the bizarre – Volume 2, Billy Brouillard in the land of monsters, by Guillaume Bianco (Sun – Metamorphosis)
– The giant’s breath, by Tom Aureille (Mailify)
– Micro Zouzou against the maxi-zinzins, by Matthias Arégui and Léon Maret (2024)
– Nowhere girl, by Magali Le Huche (Dargaud)
– Where is the cat club?, from Yoon-sun Park (Misma)