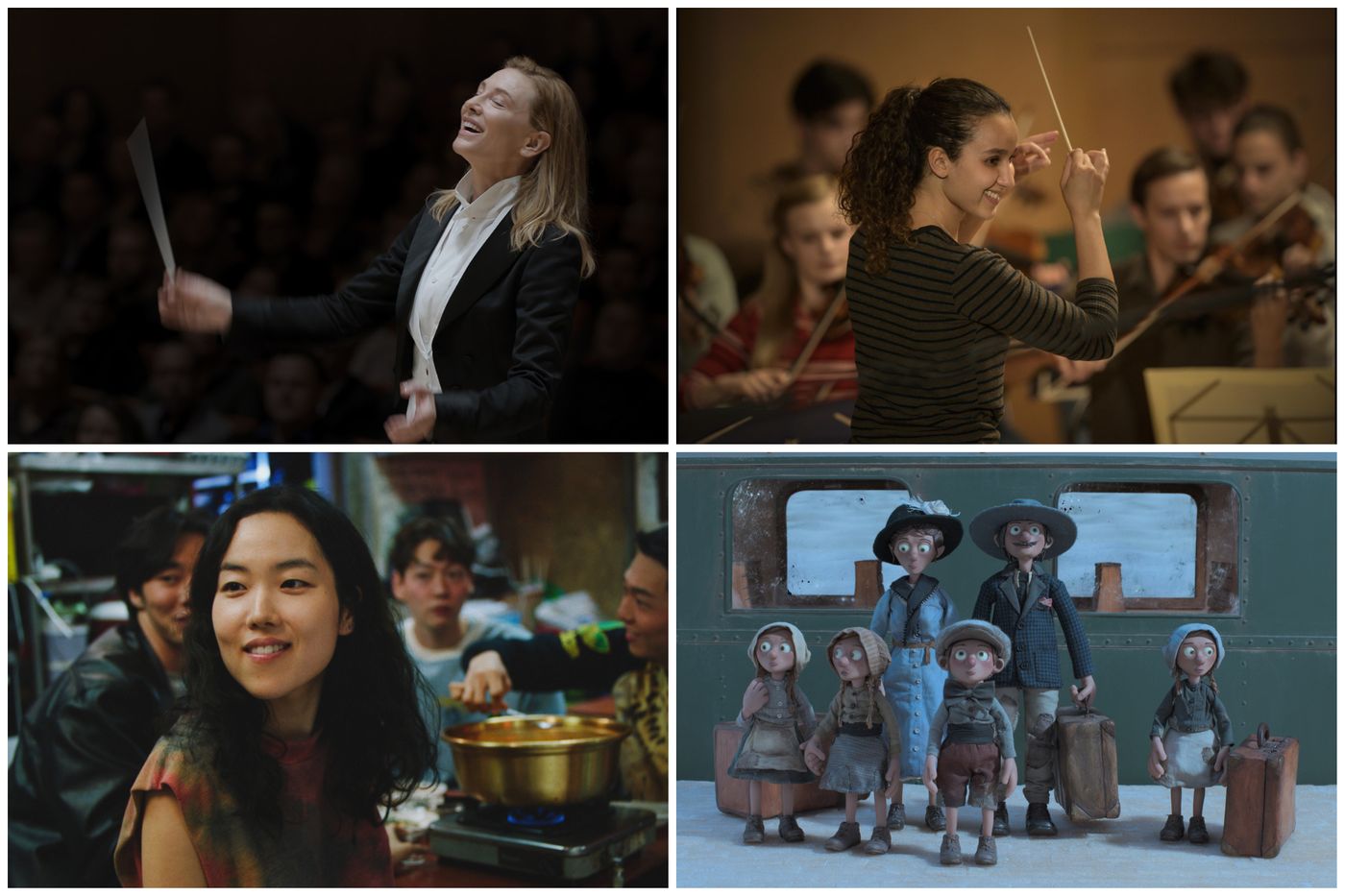 Stains, in Seine-Saint-Denis, a loving and united family of Algerian origin where classical music holds an immense, beneficent and demanding place. The 17-year-old twins, Zahia and Fettouma, one a violist and the other a cellist, work hard, suffer the vexations of their bourgeois comrades from the Racine high school, cling to each other. Zahia is fascinated and then possessed by the work of a conductor: she wants to direct, she must direct. Inspired by the early years of conductor Zahia Ziouani, this film by Marie-Castille Mention-Schaar manages to convey how music transforms a life.

» READ THE REVIEW: « Divertimento » by Marie-Castille Mention-Schaar, by the force of the wrist

As she reigns supreme over the Berlin Philharmonic Orchestra with which she completes a complete symphony by Gustav Mahler, Lydia Tár (Cate Blanchett) is overtaken by an “embarrassing” story that smells of harassment. She denies, fights, pugnacious and ironic… but, little by little, sees herself let go by those who praised her. Tar has, in addition to its main actress, solid assets. But Todd Field leaves so much empathy on the edge that indifference invades the viewer, in a descent into hell that avoids neither lengths nor cliches.

READ THE REVIEW: “Tár”, the harder the fall

Freddie arrives in Seoul on a whim and sets out to find his biological parents. Impulsive, provocative, unsympathetic, she wears her ill-being over her shoulder and bristles when she is assigned an identity that she refuses to endorse. Built in three stages, the film recounts her failed reunion with her father, then her drift two years later to the slums of Seoul, where she ended up settling, before her return there seven years later to try to definitively settle the accounts of this story. Davy Chou signs a second film full of sounds and fury on the complex subject of international adoption.

READ THE REVIEW: Davy Chou’s “Return to Seoul”, a painful quest for identity

♦Forbidden to dogs and Italians ***

From the age of 8

It is an artisanal film made with the heart on the hand and the hands in the polenta. Those of Cesira, first, the grandmother of Marseille filmmaker Alain Ughetto, who, all her life, kneaded corn flour to feed her family, poor Italians from the mountains of Piedmont. Those of the director, then, who we see interacting with his endearing characters, resin figurines, and shaping his unusual sets. The Marseille filmmaker Alain Ughetto delivers a magnificent film, both moving and joyful, on the transmission of the story of his grandparents, migrants from Piedmont who fled poverty and fascism.

READ THE REVIEW: ‘Forbidden to dogs and Italians’: polenta, love and family memory

The students of the National School of Dance at the Paris Opera seem to have all been cast in the same mould. Neneh stands out at first glance with her black skin, her pink colored Afro haircut and her incredible patter. This social film on dance shows the harsh daily life of school, the uninhibited relationship to a certain norm, as well as the cultural injustices, which dissuade young black girls from pursuing classical dance for lack of figures to identify with. The young Oumy Bruni Garrel bursts the screen with her presence, her naturalness and her spontaneity.

» READ THE REVIEW: « Neneh superstar » by Ramzi Ben Sliman: join the dance, or not

In an unfinished building in the suburbs of Tunis, a man set himself on fire. Alongside her body, the police find her neatly folded clothes. Two police officers are responsible for carrying out the investigation in a difficult context for the police, whose practices under the Ben Ali regime are now in question. Against a backdrop of disillusionment with the Tunisian revolution, this meticulously directed film takes up all the codes of neo-polar, but suffers from an overly metaphorical approach.

READ THE REVIEW: “Ashkal, the Tunis investigation” by Youssef Chebbi, a burning mystery

♦ You will choose life *

Esther (Lou de Laâge), an ultra-Orthodox Parisian Jew plagued by doubt, suffocates under the weight of the constraints of her religion and seeks the courage to emancipate herself from it. His meeting with a farmer in Puglia, in the south of Italy, will be decisive. For his first film production, actor Stéphane Freiss has chosen a subject that brings him back to his own family history and has built a sensitive romantic drama that does not leave anyone indifferent. Never caricatural in the description of this ultra-Orthodox community and its archaisms, the director unfortunately does not avoid the trap of a somewhat clumsy sentimentalism.

» READ THE REVIEW: « You will choose life » by Stéphane Freiss, the weight of the family heritage

by Vincent Mottez and Paul Mignot

Puy du Fou is now asserting its ambitions on the big screen with the theatrical release of Win or die. Featuring a real figure of the “Vendée war”, Captain Charette, this docu-fiction film revives the historical debate.

» READ THE ANALYSIS: With « Victory or death », Puy du Fou makes its cinema