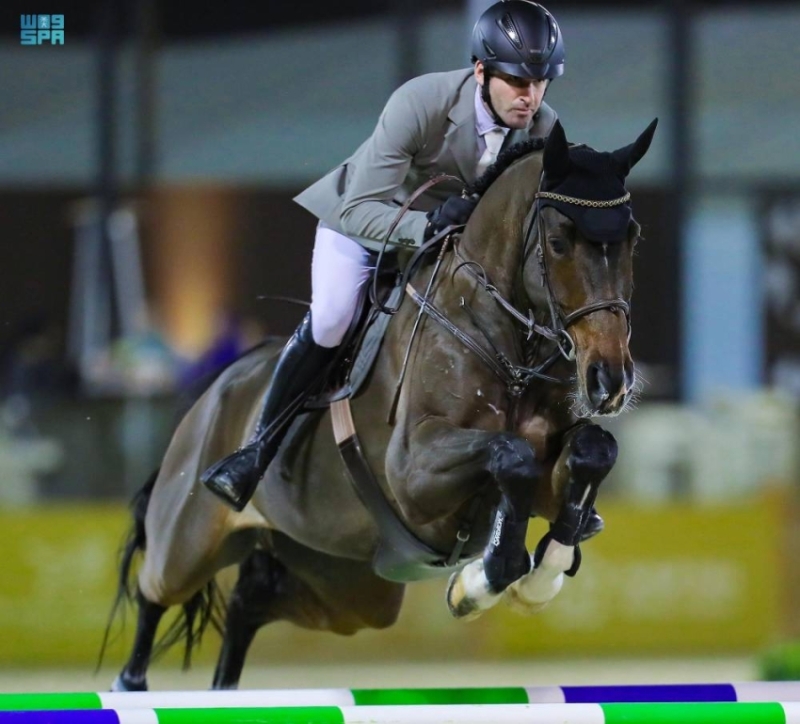 His Highness Prince Fahd bin Jalawi bin Abdulaziz bin Musaed, Vice President of the Saudi Olympic and Paralympic Committee, crowned today the Swedish jockey Peder Fredrikson, ranked No. 1 in the world in showjumping, first place in the “Saudi Jump” run, which qualifies for the 2022 World Cup Showjumping Finals. In Germany, for the category (5 stars – 1.55 meters high) at the conclusion of the “Saudi Jump” championship organized by the Saudi Equestrian Federation, under the supervision of the “FEI” at the headquarters of “Saudi Jump” on the grounds of the horse racing club in Janadriyah.

In the middle run for the category (5 stars – 1.50 meters high) within the world classification run, which qualifies for a qualifying run for the 2022 World Cup in Germany, the jockey Abdullah Sharbatly snatched first place with a time of 35.14 seconds, 26 parts of a second behind the German jockey Daniel Deiser, ranked second At the world level, he came second with a time of 35.40 seconds, while the Australian jockey Edwina Alexander, ranked No. 178 in the world, came in third with a time of 43.63 seconds.

It is noteworthy that the tournament witnessed the participation of 114 male and female knights representing 17 countries, namely Saudi Arabia, Australia, Bahrain, Egypt, Germany, Japan, Jordan, Kuwait, the Netherlands, Russia, Sweden, Algeria, the United Kingdom, Norway, the UAE, Morocco, and Greece, with a number of 153. A horse.