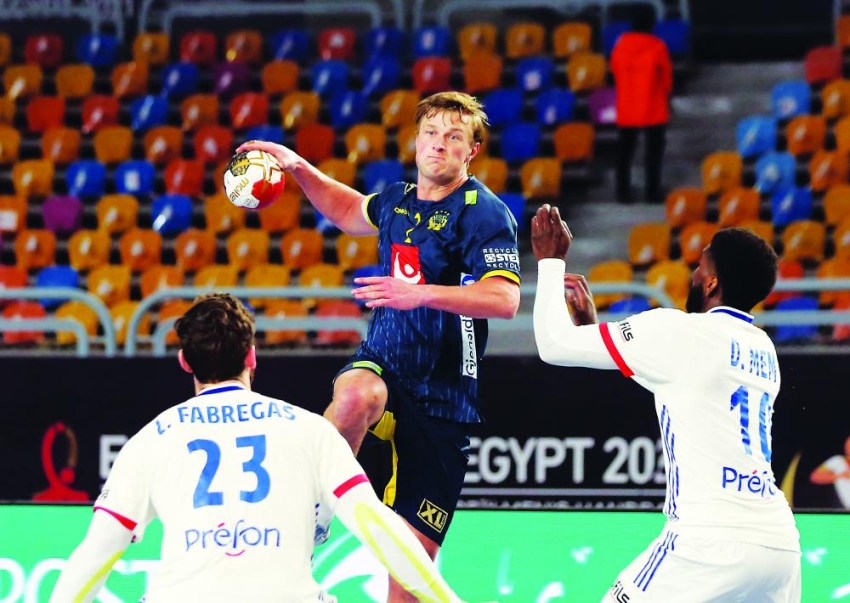 Denmark and Sweden hit a date today, Sunday, in the final match of the World Handball Championship in the Scandinavian final for the second time in a row after the first between Denmark and Norway two years ago, after the first holder of the title booked her card at the expense of Spain 35-33, while the second surpassed France 32-26 Friday in the main hall of Cairo International Stadium in the semi-finals of the 27th edition in Cairo.

Denmark is seeking its second title in its history and the second in a row in the fifth final match of its career in the tournament and the fourth in the last six editions, while Sweden, which reached the final for the first time in 20 years, aspires to repeat its achievement in Cairo in particular when it crowned its last fourth title in 1999.

And the Danes, who lost the 1967, 2011 and 2013 final, imposed their control over the match early, and succeeded in settling the first half with a score of 18-16 with the brilliance of Michael Hansen, who scored 6 goals from 8 shots on target.

In the tenth minute of the second half, the Danish player, Henrik, was sent off, which restored Spain to the atmosphere of the match and humiliated its players by one goal, but the Danes were able in the end to settle the match in their favor.

Hansen won the Player of the Match award for his brilliance and contribution to his team’s qualification for the Final by scoring 12 goals.

On the other hand, the Swedish national team reached the final match, beating its French counterpart 32-26.

The Swedes imposed their rhythm from the start of the match, and they had the upper hand over the “roosters” who were able to equalize the score once in the first half.

In the second half, the Swedish national team continued to lead, as the French sought to reduce the gap in vain.