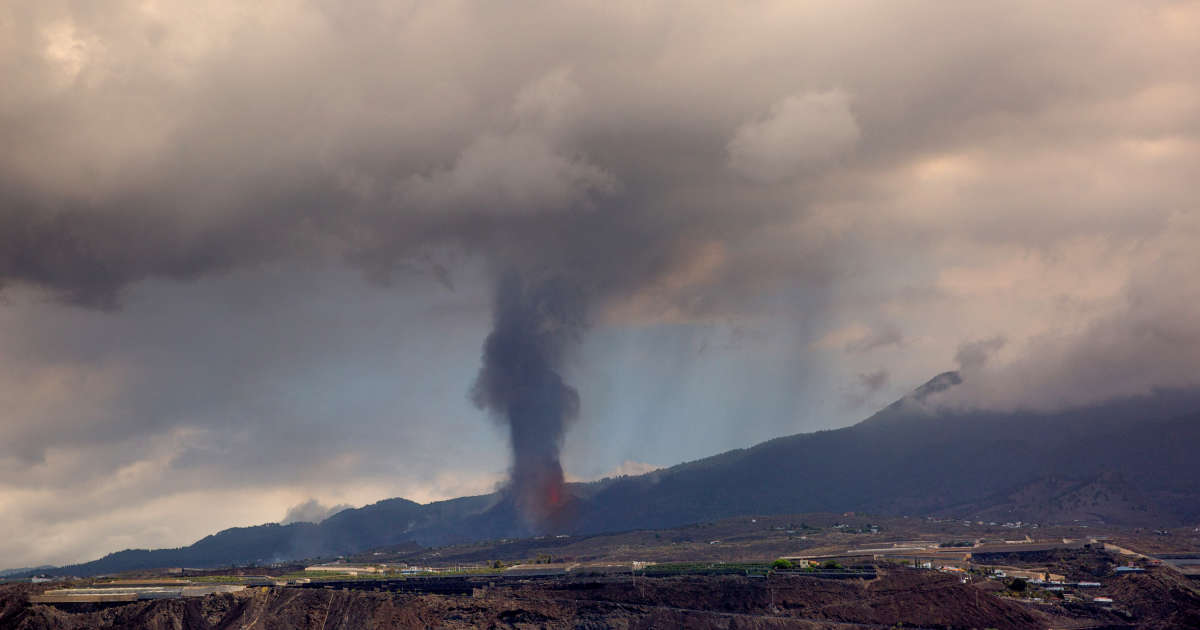 According to forecasts from Copernicus, the European Union’s Earth observation program, the tons of sulfur dioxide released by the erupting Cumbre Vieja volcano on the Spanish island of La Palma will move up from the Canaries to the northern Europe, including France, from this weekend. An impressive model of the diffusion of toxic gas is shown by the Windy application:

According to the Canary Islands Volcanological Institute (Involcan), Cumbre Vieja thus spits into the atmosphere between 6,000 and 11,500 tonnes of sulfur dioxide every day.

However, moderates Copernicus, the effects of this toxic gas on the air quality of countries like France should be weak, the cloud moving at five kilometers of altitude.

Lull on the lava land

In the lava field, the time has come for lull. One of the two flows has indeed stopped advancing, the authorities announced Thursday (September 23).

The other flow, whose width reaches 500 meters, “Continues to grow, but much more slowly than before”, especially because of the topography, explained to the press Maria José Blanco, director of the National Geographic Institute (IGN).

In Auvergne, an expedition above the majestic volcanoes

Also, these flows should not immediately reach the ocean, a phenomenon feared by the authorities because of the toxic gas emissions and projections that this could cause.

The local government, which has advised the inhabitants of the island to cover their nose and mouth when they go out, has nevertheless already decreed a “Two nautical mile exclusion radius” around where lava could come in contact with the sea.

According to the latest report provided by Copernicus, 154 hectares of land and 320 buildings were destroyed by lava, including many homes hastily abandoned by their occupants.

A total of 6,100 people have been evacuated since the start of the eruption, which has so far not been dead or injured. Among them are 400 tourists who have been transferred to Tenerife, another island in the archipelago, the authorities said.

The damage caused since September 19, the day of the awakening of Cumbre Vieja, has already exceeded 400 million euros.