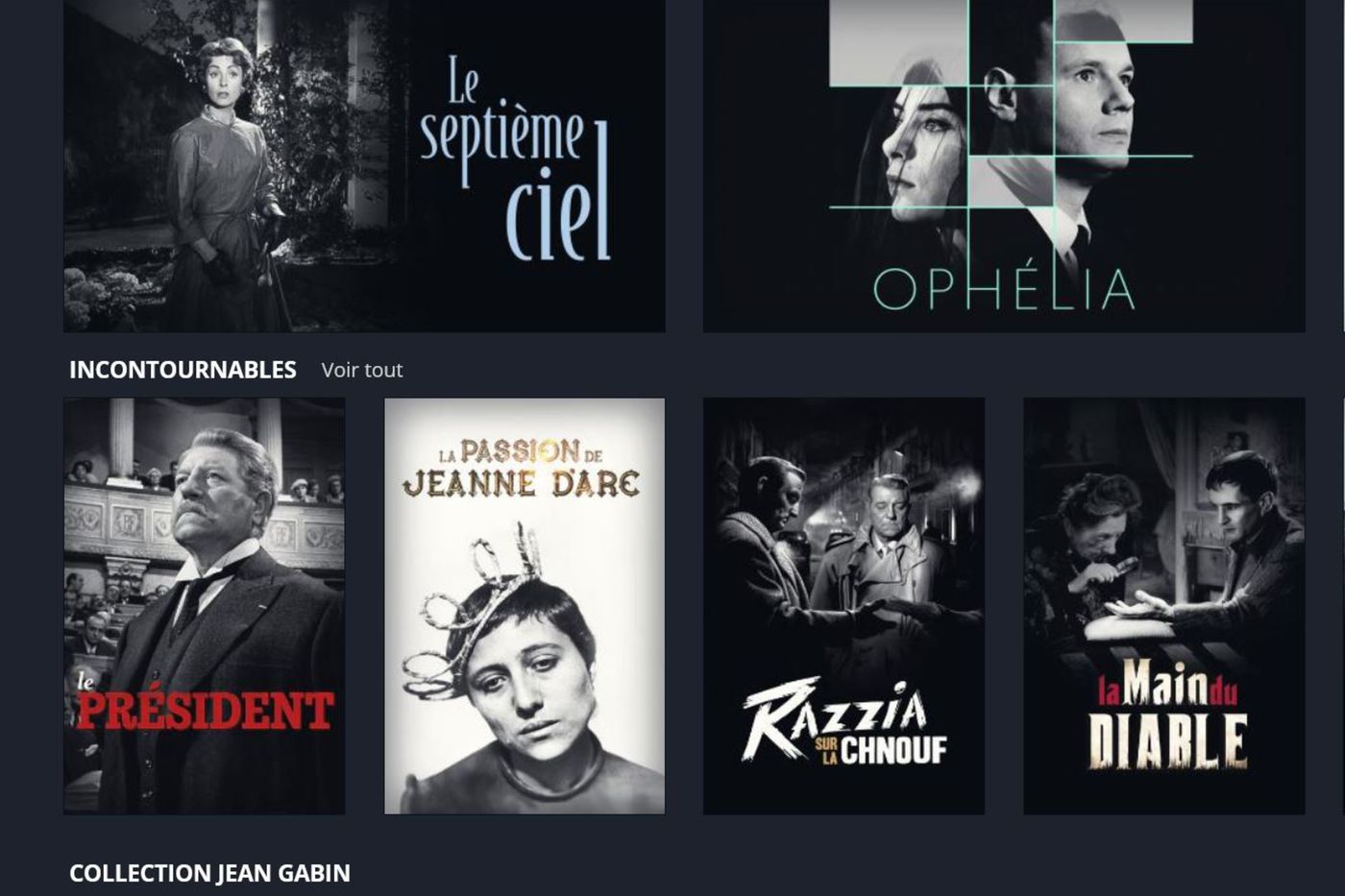 “Old films” are on the rise. Heritage cinema, defined by the National Center for Cinema and the Moving Image (CNC) as comprising films whose first theatrical release date is earlier than twenty years, is now knocking on the door of an audience wider.

First intended for moviegoers, via DVD or theatrical release, these works are now of interest to streaming platforms keen on new content. The context of the health crisis, with the closure of cinemas, as well as the financial aid from the State granted, via the CNC, for the digitization of cinematographic works have strengthened their online accessibility and made the platforms that are available to them happy. fully dedicated.

This is particularly the case with LaCinetek, a video-on-demand service dedicated to 20th century films. “During confinement, the number of subscriptions was multiplied by six, underlines Jean-Baptiste Viaud, its general manager. The press freed up media space to focus on this phenomenon and created a new way of looking at cinema,” he explains. Created in 2015 on the initiative of Pascale Ferran, Cédric Klapisch and Laurent Cantet, LaCinetek offers, through the choices of directors, a selection of more than 2,000 auteur films. “Today, heritage films appeal because their restoration gives rise to a feeling of novelty that attracts increasingly young audiences”, observes Jean-Baptiste Viaud.

A passion that is part of a cultural policy

This trend has continued to spread within the world of streaming. Netflix seized the opportunity in 2020 by signing an agreement with MK2 allowing it to put works by François Truffaut, Alain Resnais, David Lynch, Jacques Demy, Michael Haneke and Krzysztof Kieslowski online.

More recently, the creation of Gaumont Classique, devoted to the essentials of French cinema in black and white, allows the production and distribution company to promote a very rich catalog. It offers 200 films for €5 per month and editorial content (interviews, talks, documentaries) that accompany the works on offer. With Canal+ Grand Ecran, devoted to films “to have seen in his life”the pay channel, strengthening its anchoring in the cinema, has dedicated a specific antenna to it since March 2022.

If the share of heritage films continues to grow on platforms, this interest in France is part of a real cultural policy. “We encourage the consumption of heritage films from school to university through many educational devices”, assures Stéphanie-Emmanuelle Louis, historian and specialist in practices for promoting film heritage.

Added to this is the distribution mode of the platforms which makes it possible to reach a younger audience and, for some of these works, to have greater international visibility. For example, the film by Agnès Varda Creatures is already available in more than 46 countries, just like Shoot the pianist by François Truffaut is present on 9 streaming platforms around the world.

On generalist platforms, an undervalued offer

But if the generalist platforms are fond of this content, it is not always sufficiently valued. “Streaming offers an ever-increasing reservoir of films, but behind this availability, their visibility is conditioned by economic parameters, emphasizes Stéphanie-Emmanuelle Louis. These services push consumption towards gondola ends and isolate other films. » Thus, on Netflix, it is rare for the algorithm to spontaneously suggest auteur films. And you usually have to use the search engine to find them.

According to a study by the CNC, the most “consumed” heritage films in 2021 on streaming platforms are blockbusters, big budget movies. Thereby Bone Collector with Denzel Washington (Netflix) and Air Force One with Harrison Ford (Disney +), but also animated films Stuart Little (Netflix) and Alice in Wonderland (Disney +), they topped the most viewed heritage films. “We must take precautions with regard to the injunctions of the economic sphere, says Stéphanie-Emmanuelle Louis. The platforms must not forget that before generating profits they offer a cultural offer. »

The streaming platforms have become the second means of viewing heritage films (35.4%), ahead of DVD/Blu-ray (26%) and behind free television.

Among the French heritage films available internationally, the majority (51%) were theatrically released forty or more years ago.