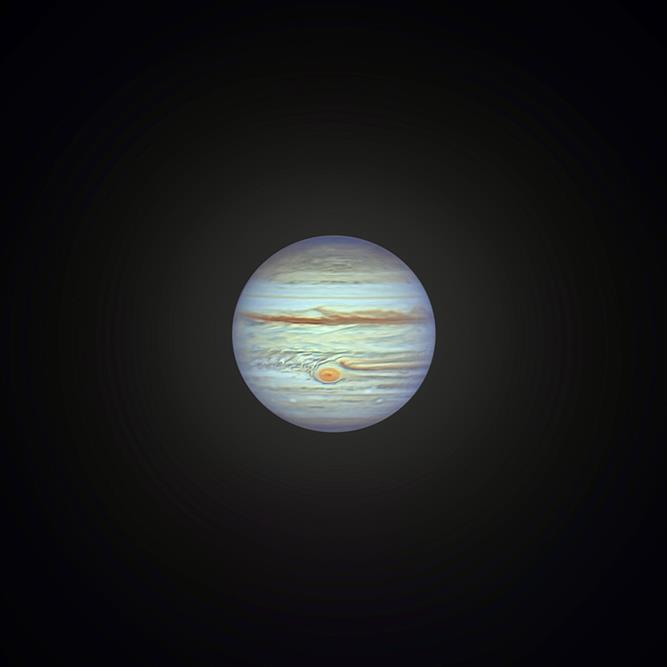 Stargazers across the world were left mesmerised when they caught the closest glimpse of the giant gas planet with its four moons — some lucky ones saw it with just binoculars.

People took to Twitter with images and videos they captured of Jupiter along with its four largest moons — Io, Europa, Ganymede and Callisto, called the Galilean satellites.

“After staying up all night shooting it, here is my shot of Jupiter at ‘Opposition’. This is the closest it has been to Earth in 59 years,” tweeted Andrew McCarthy, a stargazer from Arizona state in the US.

After staying up all night shooting it, here’s my shot of Jupiter at “Opposition”. This is the closest its been to Earth in 59 years. pic.twitter.com/6K06whceEo

From the viewpoint of Earth’s surface, opposition happens when an astronomical object rises in the east as the Sun sets in the west, placing the object and the Sun on opposite sides of the Earth.

Aloke Kumar, Associate Professor at Indian Institute of Science, Bengaluru, tweeted: “Jupiter so bright. It is peering right through the clouds! You can even see three of the Galilean moons!”

Jupiter so bright, its peering right through the clouds! You can even see three of the Galilean moons ! pic.twitter.com/2x9aK7tqBh

Some people took the shots of Jupiter with high-end cameras of their smartphones, and some with large telescopes were able to see the Great Red Spot.

Jupiter’s opposition occurs every 13 months, making the planet appear larger and brighter than any other time of the year.

Jupiter’s closest approach to the Earth rarely coincides with opposition, which means extraordinary this year’s views were.