“Sports”: The start of selling tickets for the “Saudi Formula 1 Grand Prix” in Jeddah 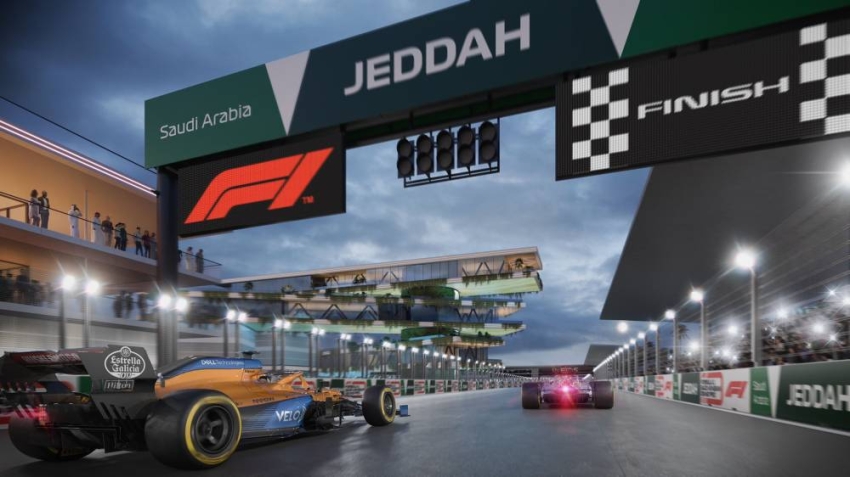 The Ministry of Sports, in coordination with the Saudi Automobile and Motorcycle Federation, announced today, Sunday, the issuance of tickets to attend the “Saudi Formula 1 Grand Prix”, one of the Formula 1 races for this year 2021 AD, which will be held in the Kingdom for the first time, from 3 to 5 December, on Jeddah Corniche.

And it was decided to offer 40% of the tickets for attending the upcoming race, provided that this percentage can be increased in the future, according to the updates received by the organizing committee of the race from the authorities concerned with following up on the developments of the Corona virus covid 19, in order to ensure that all health and safety standards are observed for all fans, drivers and administrators. It will be possible to reserve and sell tickets for the race now through the website.

Prince Abdulaziz bin Turki Al-Faisal, Minister of Sports, said in a press statement: “Today, we are pleased to announce the release of tickets to attend the Formula 1 Saudi Grand Prix, which our dear country will host next December on the Jeddah Corniche. This awaited race, which would not have been held in our dear homeland for the first time. Once if it wasn’t for God, then the great and continuous support that we receive in the sports sector from our wise leadership – may God protect her – and the great support and follow-up given by His Royal Highness Prince Muhammad bin

Salman bin Abdulaziz, Crown Prince, Deputy Prime Minister and Minister of Defense for all global events and activities organized by our country, and overcoming all difficulties in order to organize a global sporting event, and show it to the whole world in the best way.

His Highness added: “We will prove to the whole world, and with ambitious leadership, that the Kingdom has become an exceptional home to the most prestigious racing series in the world, and we look forward to providing an unforgettable race for all motorsport enthusiasts, whether those watching on the circuit or behind the screens.”

The Saudi Grand Prix for Formula 1 provides fans with 3 types of tickets during the three days of the race, which are: Paddock Club, luxury hospitality, and the main platforms, with the price of tickets for the main platform starting from 1800 Saudi riyals for the full package, where ticket holders will enjoy the distinctive view of the starting line. And the end, and the high-speed area in the last section of the circuit at turns 26 and 27, as the speed of cars at the turns exceeds the 322 km / h barrier.

Formula 1 fans can also visit the Paddock Club, to enjoy a weekend at the Jeddah Corniche Circuit in the garages and teams building. From following the Formula 1 World Championship, with a number of entertainment activities, festivals and accompanying music concerts, which will be held around the circuit, and in the fans area throughout the weekend live.

For his part, Prince Khaled bin Sultan Al-Abdullah Al-Faisal, Chairman of the Board of Directors of the Saudi Automobile and Motorcycle Federation, welcomed the announcement of the sale of tickets, and said: “Today we mark a new step on our way to hosting the first Formula 1 race in the Kingdom, as we enter the most exciting stages of hosting the Motorsport Summit In Jeddah, during December 2021 AD, we are waiting to experience a great race in the newest, fastest and longest street circuit in Formula 1, in addition to various types of entertainment over three days outside the circuit.”

On the other hand, the organizing committee of the race launched the inspiring slogan of the Saudi Grand Prix “We Race the Future”, which was launched in conjunction with the release of tickets for sale. A pioneering future, in order to achieve the goals of the Kingdom’s Vision 2030, which aims to develop the capabilities of young men and women in this dear country.

It is noteworthy that the Ministry of Sports announced on November 5, 2020, with the direct support of the Crown Prince, the Kingdom’s hosting of the “Saudi Formula 1” race, as part of a partnership that extends for the next 15 years with Formula 1, which comes after a series of successes in hosting international events in various games, in The sports sector has been receiving unlimited support from His Highness the Crown Prince – may God protect him – and in line with the plans and objectives of the Kingdom’s Vision 2030, in order to enhance the value and position of the Kingdom regionally and globally, and its ability to host these major global events, to create a vibrant society, with the highest standards of quality of life .