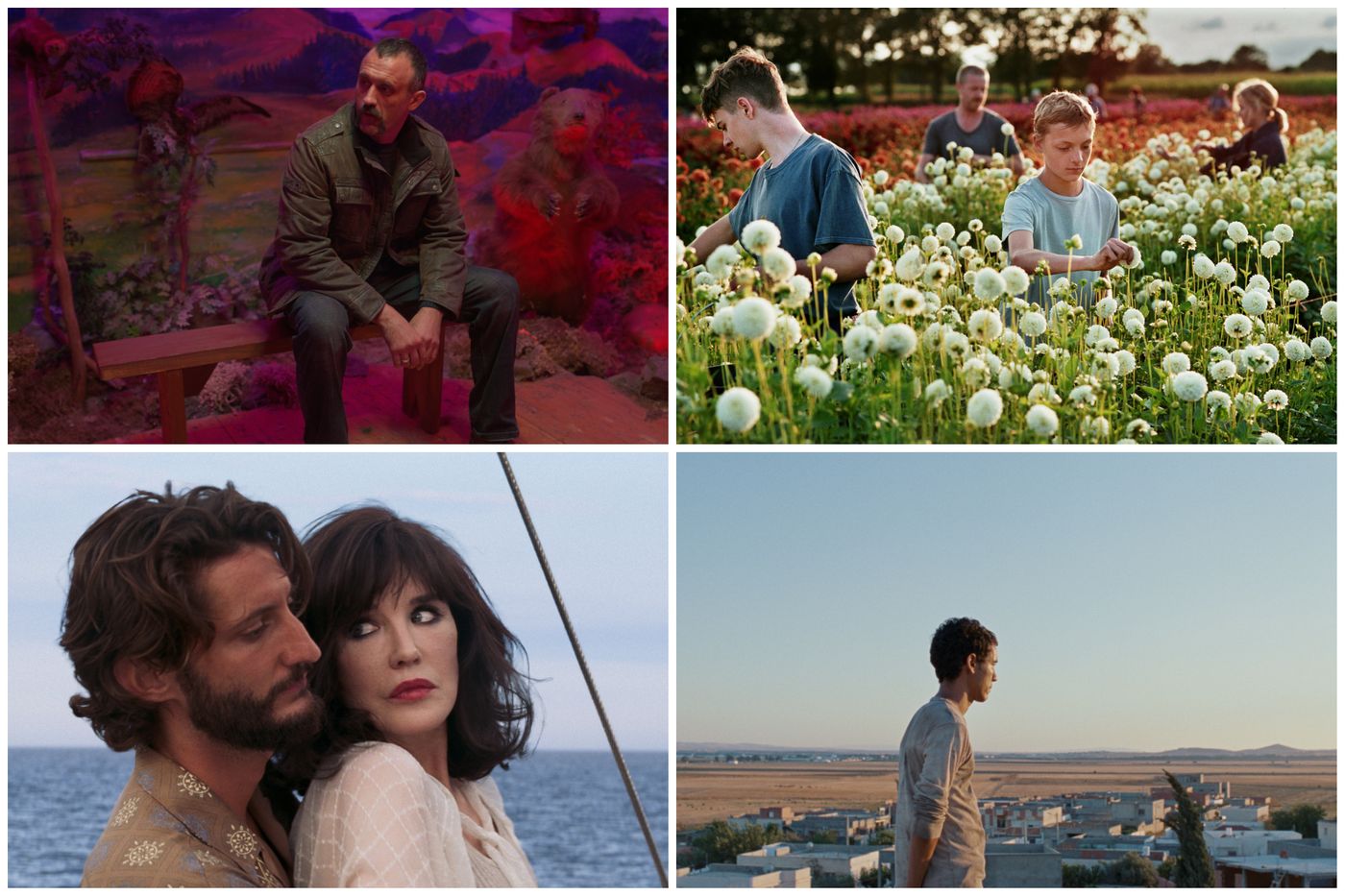 In this village located in a region on the borders of Ukraine and Romania, Pamfir finds his wife Olena and his son Naza, while the Malanka, a traditional carnival, is being prepared. A reunion quickly overshadowed by an arson attack in which Naza is involved. Determined to stifle the affair, Pamfir undertakes to repair the damage but must plunge back into a troubled past which his wife has sworn to him to renounce. For his first fiction feature, Dmytro Sukholytkyy-Sobchuk weaves an astonishing film, at the crossroads of genres, which fascinates with its dramatic breadth and formal beauty.

» READ THE REVIEW. “The Oath of Pamfir”, mythological drama on the borders of Europe

After Girl and his reflection on identity, Lukas Dhont explores with Close the theme of friendship between two teenagers. Inseparable since childhood, Léo and Rémi share an intimacy and a tender bond. Until the gaze of others, when they enter college, makes Leo realize what is disturbing about such closeness in the eyes of others. To comply with the pressure of the group, Leo will push Rémi away. Rewarded at Cannes, this flamboyant drama with its lyrical staging and impeccable casting ends up turning into tearful melodrama.

» READ THE REVIEW. “Close”, the poison of masculinity

Adrien, future renowned writer and lover of an actress with a glorious past, meets during an evening in a villa on the Côte d’Azur, Margot, a young con artist. This one dreams of a big blow which would put it definitively at the shelter of the need. After a few idyllic images and a shot, the viewer is drawn into a trial where witnesses follow one another to tell the story of a decadent elite. In this dizzying ballet, Nicolas Bedos portrays with vitriol false pretences and sad passions by embedding the stories. Excellent actors give flesh to this cynical humanity, without ever succeeding in making it sympathetic.

» READ THE REVIEW. “Masquerade”, the revenge of a gigolo and a scammer

Ten years after the Arab Spring, Ali, a young Tunisian (Adam Bessa, awarded at Cannes) tries somehow to organize his survival thanks to the illegal sale of fuel, in the hope of seeking a better life elsewhere. But the death of his father reminds him of his family duties and obliges him to take care of his two younger sisters. His ultimate recourse remains these crossings of the desert at full speed, aboard 4x4s loaded to the brim with cans. A first western-style fiction film, which makes us measure dryly all the failure of a revolution which failed to restore hope to its youth.

In 1950s London, Ada earns her living as a cleaner. At a client’s, she discovers the sublime Dior dress that she will put on for her daughter’s wedding. Ada then sets out to collect the 500 pounds needed to buy it. Surprising strokes of luck earned her enough money to go to Paris and afford the dress of her dreams. Despite its flaws, A dress for Mrs. Harris lightly reconciles a charm so british and a certain French elegance.

» READ THE REVIEW. “A dress for Mrs. Harris”, clash of cultures avenue Montaigne

The German director Kilian Riedhof decided to tell literally the story of the journalist and writer Antoine Leiris, father of a little boy, who found himself a widower following the attack on the Bataclan. He expressed his pain in a text posted on Facebook, “You will not have my hatred”, which in a few days went viral as he managed to put words to a general feeling. But nothing works in this film where the emotions seem manufactured. Above all, by flatly illustrating his subject without choosing a clear point of view, the director completely misses his subject.

» READ THE REVIEW. “You will not have my hatred”, the story of Antoine Leiris brought to the screen without a soul

Burt Berendsen, a doctor of Jewish origin, is sent by his parents-in-law, wealthy anti-Semitic New York bourgeois, to fight in France during the First World War. There he meets the soldier Harold Woodman, and the nurse Valérie Voze, with whom he will come to the aid of all the broken faces who cross their paths. The three friends then find themselves involved in an aborted putsch against Franklin Roosevelt. Bursting with poetic dialogue, theatrical scenes and interpretive fantasies, all served by a five-star cast, the film loses the viewer in its laborious and repetitive final act.

» READ THE REVIEW. “Amsterdam”, a draft plot against America