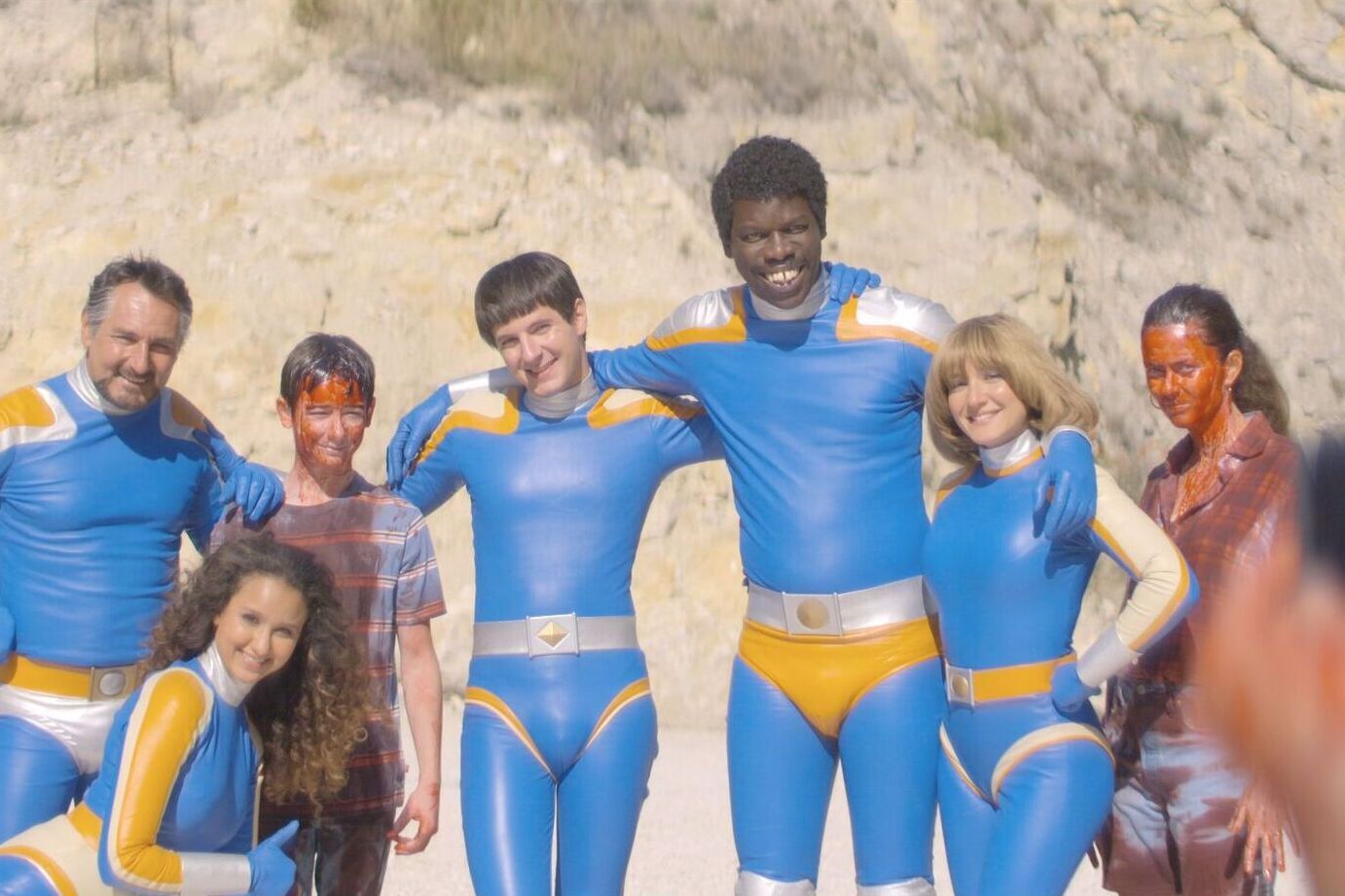 Where would we not follow Quentin Dupieux? This filmmaker has an incredible talent for leading us into worlds as wacky as they are contrasting. In Incredible but true, his previous film released last June, a couple (Alain Chabat and Léa Drucker) discovered that going through a conduit in their new house created strange time distortions. This time, Quentin Dupieux, who does not bother with a realistic setting, launches into an all-French parody of Japanese superhero films.

Consider the Tabac Force, a group of vigilantes made up of three men (Benzene, Methanol and Mercury) and two women (Nicotine and Ammonia) who are responsible for ridding the Earth of all evildoers. When they have just destroyed a turtle-like monster with a few trial and error, Chef Didier forces them to attend a group cohesion seminar. Put on the green, the Tabac Force, a little disconcerted by their inactivity, learn that Lézardin, the Emperor of Evil, is preparing to annihilate the planet.

The absurd pushed to its climax

Superheroes molded in colorful costumes, cheap special effects, martial arts fights or with sophisticated weapons, the fight of good against evil and assumed ridicule, Smoking makes you cough ticks all the boxes for tv series felt Japanese for children popularized in France by Bioman from 1983 and taken over by Power Rangers to better dynamite them. In forced rest, the Tabac Force display daily concerns that contrast oddly with their mission.

But Quentin Dupieux does not stop at this parody. To quell their boredom, the members of the group tell each other scary stories in front of a campfire. Even a barracuda caught for dinner gets involved. Exit the intergalactic monsters. The strange and the gore make their appearance in surprisingly hilarious sketches. The worst story, deliberately devoid of images and comic effect, comes from a little girl, a neighbor of the Tabac Force resort, who recounts a sadly banal episode in our world.

Gilles Lellouche, Anaïs Demoustier, Vincent Lacoste, Jean-Pascal Zadi and Oulaya Amamra have a field day in their flashy lycra costumes. They support Doria Tillier, Blanche Gardin and Adèle Exarchopoulos in the sketches, as well as Alain Chabat, who lends his voice to Chef Didier. They carry with superb caustic humour, subversive madness and the absurd pushed to its climax, certainly not to the taste of all the spectators, but which are resolutely the mark of Quentin Dupieux.