“Sing me a song”, blue lights in Bhutan 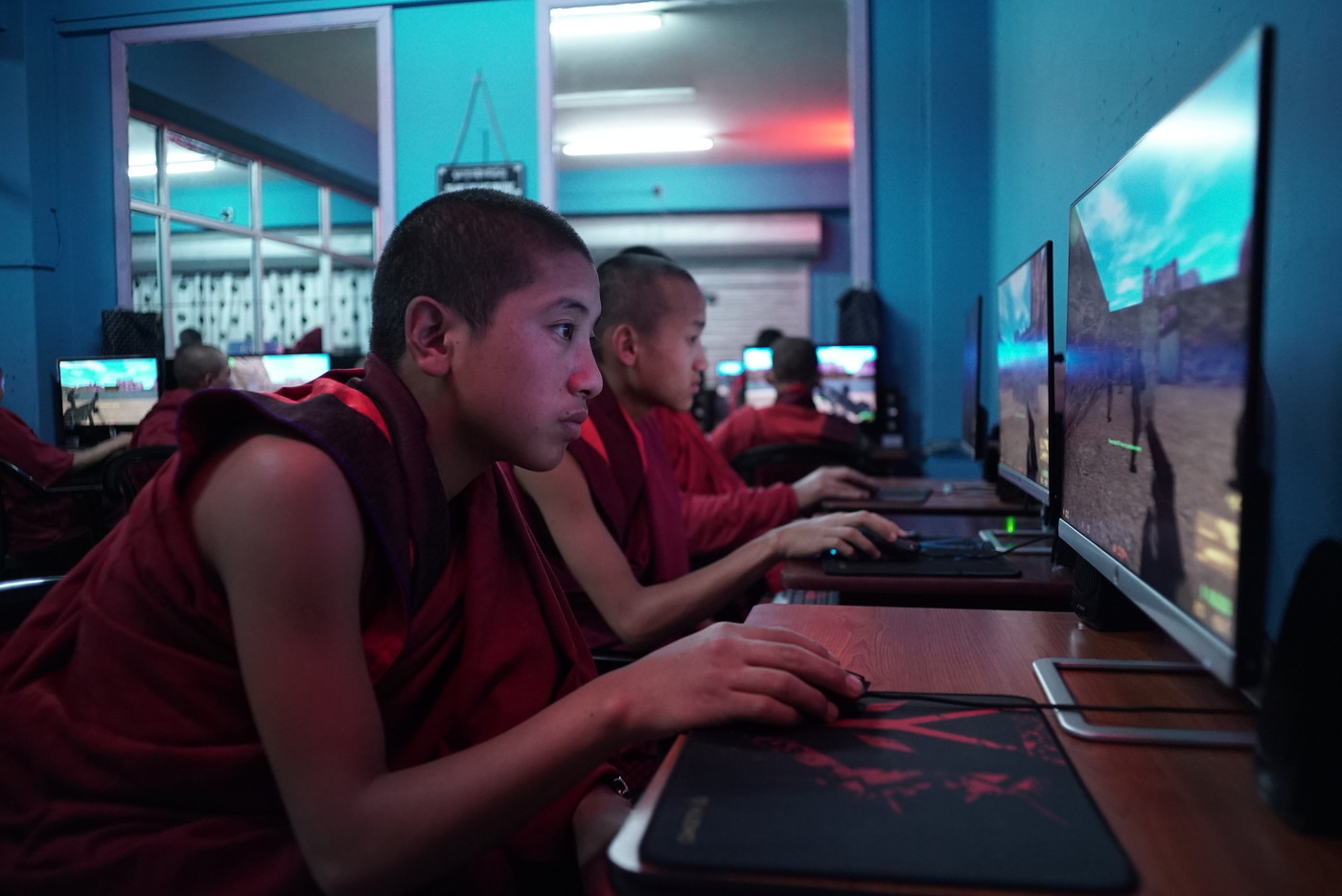 With Sing me a song, director Thomas Balmès gives a sort of follow-up to Happiness, his 2013 documentary which chronicled the last days of a village in Bhutan before the arrival of television, long banned, like the Internet, by the king of this small country located east of the Himalayas. He returned there a few years later to measure the upheavals caused by the introduction of new technologies in villages that had long lived apart from the world.

In doing so, he found the protagonist of his previous film, the young Peyangki, now a teenager, of whom he made the main character of this new documentary built like a fiction.

Having become a student in an isolated Buddhist monastery in the mountains, Peyangki intended, without much conviction but to the greatest joy of his mother, to become a monk. But the temptation of screens is strong in the small community of religious apprentices whose even spiritual exercises are disturbed by the presence of cell phones.

An elliptical conflict between tradition and modernity

Fan of love songs, his eyes permanently riveted to his screens, Peyangki lives another life by proxy far from his native mountains and falls in love with a young Chinese singer with whom he communicates via WeChat. She will succeed by dint of stratagems to convince him to join him in the city, calling into question the future which was destined for him from an early age. Reality is not always as rosy as in the virtual world, however, and the young man’s hopes will soon be dashed.

Once again Thomas Balmès wanted to show, through the young man’s itinerary, the conflict between tradition and modernity embodied by the irruption of new technologies in a community that has remained very traditional. But by desperately wanting to construct the film as a fiction, in an extremely minimalist device, he singularly reduces its purpose, which remains elliptical overall. There are still some very beautiful images, often nocturnal, shot in the silence of the mountain or the city slums playing with the changing reflections of the bluish light from the screens on the faces.