Shows, heritage, cinema … The future is brightening up for the world of culture 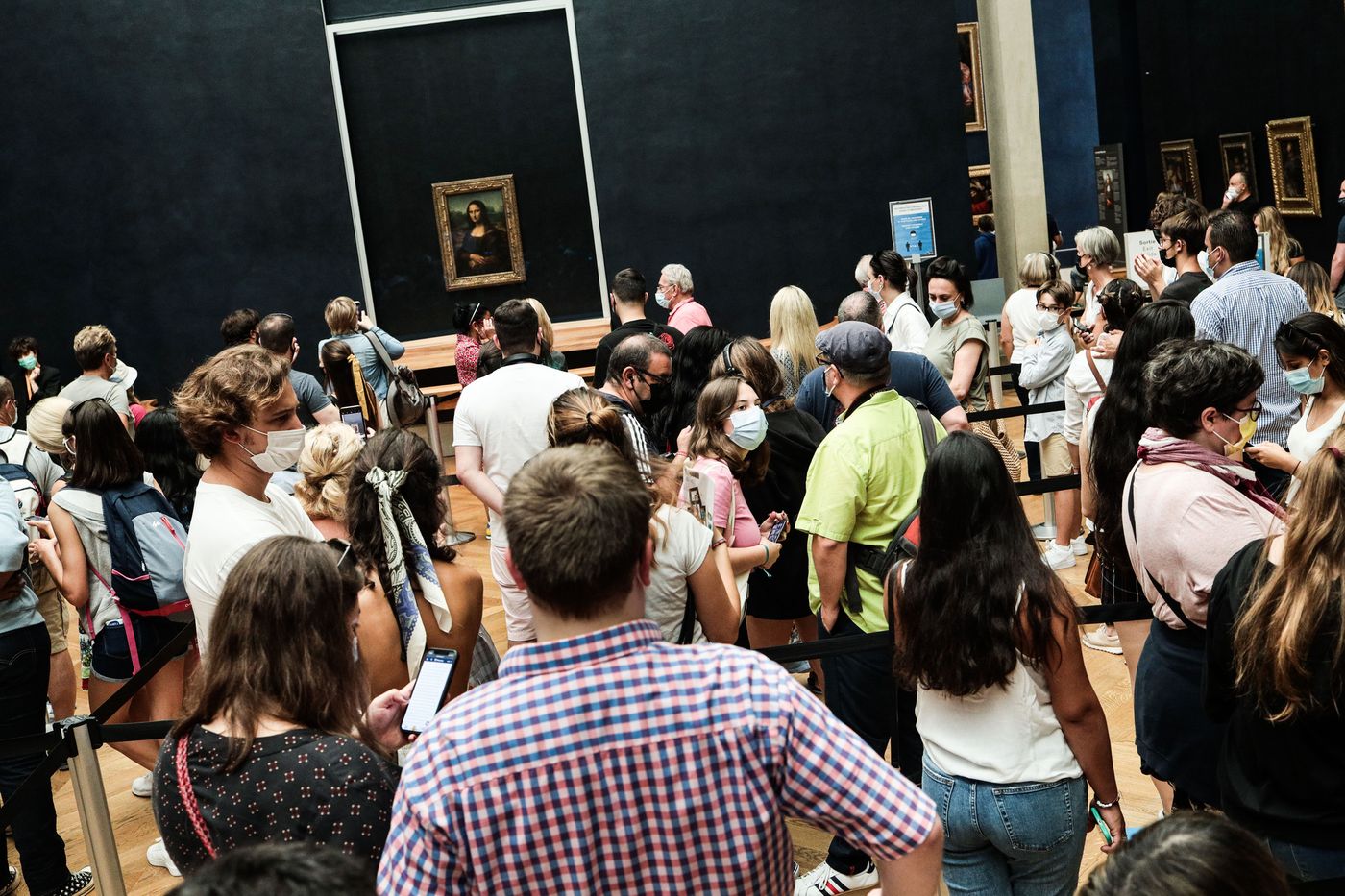 A few days ago, the American singer Michael Spyres made the Salle Gaveau in Paris crumble with happiness. The room ? Not quite, the parterre alone was full, the balconies only accommodating a few handfuls of spectators. As if to ward off this semi-filling (out of a total of 1,020 seats), each of them applauded the performance of the charismatic performer for two.

Should we, from this particular case, conclude that the enthusiasm of the public is indeed there, when it resumes the path of cultural places … while, at the same time, the effects of the crisis still dissuade some from coming, compromising the return to “normal” in a sector that has suffered the full force of the pandemic?

→ CRITICAL. When jazz is (still) there, in Tourcoing

According to the National Music Center, an organization placed under the supervision of the Ministry of Culture, “ 2021 will be another dark year for the musical and variety show (…) The losses can be estimated between 930 million and 1 billion euros for ticketing revenues, and between 1.7 and 1.9 billion for the number of ‘business. This global data must be adjusted according to the events, the venues, the musical styles. But one thing is true: the performing arts sector is breathing again even if its breath is still irregular.

The absence of international headliners

Laurent Decès, president of the current music union, is however delighted with ” a certain enthusiasm of its members. The fact that we can reorganize events standing up and without masks makes it possible to better envisage the future and to hope for the return of the public. Even if the health pass remains discriminating for some. “

Current music suffers from the absence of international headliners whose tours have not yet resumed. The presence on French soil of these “locomotives” not only conditions the direct success of their programmers but, more broadly, the health of the entire sector, which is drawn into the media and public momentum.

“In addition, there is a risk in the long term of an impoverishment of artistic diversity if these international flows do not resume”, worries Laurent Decès who is however happy to be around “French artists who are generally very enthusiastic about the idea of ​​coming back on stage despite the uncertainty due to health developments. The organization of their tours remains a puzzle. “

If it may seem marginal or cyclical, another reality preoccupies the president of the current music union: the “NO Show”. Understand, these people who bought tickets twelve or even eighteen months ago and… who forgot that they had them, are no longer available or not able to present a health pass. ” Before the crisis, this phenomenon was around 4 to 8%, now it sometimes goes up to 30%! You can imagine a 1,000-seat hall with 300 empty seats even though they have been reserved: this is considerable for us but also for the artists. “

Theater professionals, too, demonstrate feelings balanced between optimism and circumspection. The bonus goes to theaters with well-identified programming which have forged bonds of trust with their spectators.

“Our time is coming, assures Jean-Marc Dumontet, owner of several private theaters. It is not yet full activity but a dynamic is taking place. The number of bookings is growing, there are many encouraging signs. “ The sanitary pass, originally considered as a constraint, is now ” a plus that guarantees the safety of our premises. If we can create the desire with good shows, people will come back. It’s up to us to create this desire, this urgency. “

Nicolas Dubourg, president of Syndeac (National Union of artistic and cultural enterprises), is more skeptical. If he recognizes that it is still too early to have figures on the start of the 2020-2021 season, ” the observation that goes back to our members is the same everywhere. The rooms are only half full, apart from a few successes which must not hide a catastrophic reality. Almost more bookings beyond two or three months and subscriptions have collapsed. We observe a wait-and-see attitude among spectators, scalded by a government that has been blowing hot and cold for a year and a half … “His major fear: that after such a long hiatus,” the theater is off the radar of many people; We will have to rebuild all of this! “

Questions and bewilderment are also the lot of the film industry. According to the CNC, we were 9 million spectators in September, or + 60% compared to 2020 but – 19.9% ​​compared to 2019, the last “normal” year. Attendance ” normalizes but remains too unpredictableto draw conclusions, confides Marc-Olivier Sebbag, general delegate of the National Federation of French Cinemas. There are weeks like the release of Dunewhere it is even higher than 2019 and others much lower. “

Most admissions were concentrated on 4 or 5 films, two of which were French (Black Box and North ferry), which have worked very well, but auteur cinema is suffering enormously. To the point that some distributors are ” worried about the survival of (our) companies, such as Étienne Ollagnier, boss of Jour2fête and co-president of the Syndicate of independent distributors, which calls for a more equitable distribution of state aid. If we stay at – 50% of attendance on our films, nobody will get by, there will be breakage He warns.

Faced with the surge of exits delayed by the pandemic, strategies have emerged: ” At Jour2fête, we first broadcast documentaries around which we can organize debates and create events, but we have postponed all our fictions to next year, otherwise it’s a massacre. », Continues Étienne Ollagnier. The hope of a return to a favorable situation does not abandon him ” but when ? in three months ? six months ? We are happy to be able to redo our profession but we will not be able to do it for long at a loss “.

Paris more penalized than the province

Cultural outings also include visits to heritage sites and monuments, reopened to the public since May 19. Philippe Bélaval, president of the Center des monuments nationaux (CMN) which brings together around a hundred public monuments, insists on the big difference between the French territory and its capital, victim of the defection of foreign tourists.

” This summer, the great provincial monuments worked very well and this continued in September until the Heritage Days.», He indicates. Sites like Glanum (Bouches-du-Rhône), Locmariaquer and Carnac (Morbihan), the castles of the Loire and Périgord attracted the most visitors. These places of fresh air, in green areas, have attracted many French people on vacation in France. At the towers and ramparts of Aigues-Mortes (Gard), ” attendance in July was even 13% higher than in summer 2019 », Notes Marie-Laure Fromont, administrator of the site.

→ EXHIBITION. The treasures of Islamic art in the spotlight throughout France

In other words, 60% of losses on the network, and up to 70 to 75% on the great Parisian monuments. ” The Ile-de-France residents should visit the monuments and the Provincials should come on vacation to Paris on All Saints’ Day and for the end of the year celebrations. It’s time, , pleads the boss of the CMN, there is plenty to see! “

When presenting its 2022 budget, on September 22, the Ministry of Culture amounted to 13.6 billion euros the funds “Mobilized in favor of culture since the start of the epidemic. It is almost four times the annual budget of the ministry, excluding public broadcasting and civil pensions charges ”, according to Rue de Valois.

2 billion euros have been directly allocated to culture as part of the global France Relance plan of 2020.

In 2022, with a total of 4.083 billion euros (excluding public broadcasting) against 3.805 billion euros in 2021, the budget “Reflects a historic effort by the State in favor of cultural policies”.