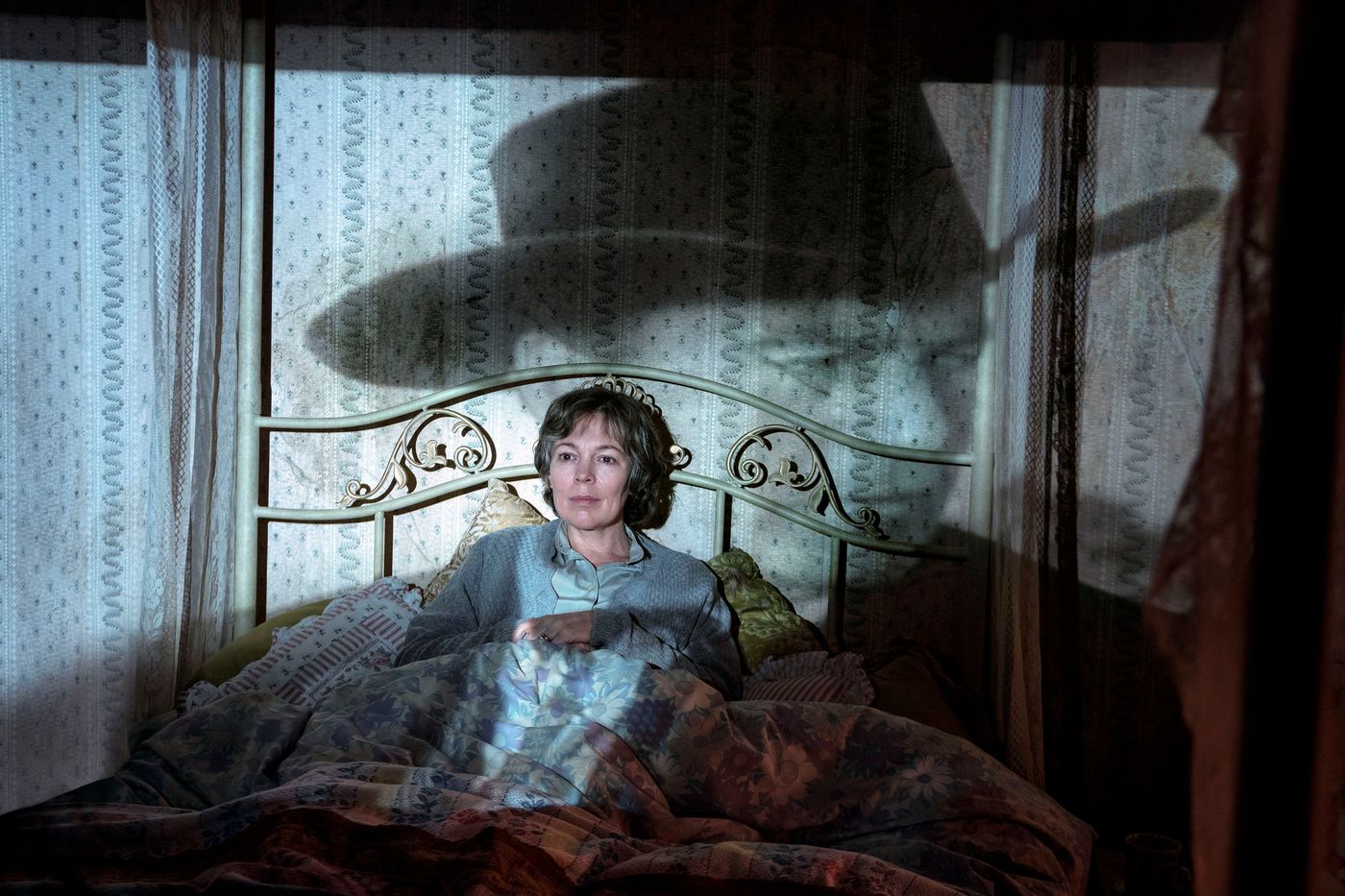 It will only take a handful of minutes for the spectator to feel caught in a vice of strangeness. Something is wrong with this couple with an ordinary physique, with any clothes. Why this cramped and faded interior, this obvious lack of money, but also these reckless expenses when it comes to satisfying an immoderate passion for cinema and its immortal stars?

Britons exiled in the north of France, our anti-heroes Susan and Christopher Edwards carry a “heavy secret”, as they say. Very heavy even. A crime more than ten years old, “buried” (in every sense of the word) in their memory. Until the day when, unable to bear it any longer, Christopher, who has just suffered a new refusal at the end of a disastrous job interview, lets go. An investigation opens and the past begins to catch up with the murderer spouses.

Inspired by a sordid news item, Landscapers is anything but a fiction flatly demarcated from reality. With a sophistication that can sometimes be disorienting, Ed Sinclair chooses on the contrary to mix fantasy with his evocation of the Edwards on the run after they killed Susan’s parents. Almost as strange as the suspects, the investigators who trace the macabre events contribute to drowning the investigation in an unorthodox singularity: we are light years away from the experts !

Moreover, the masterful interpretation of Olivia Colman (whose acting virtuosity is once again astounding) and David Thewlis illuminate – but with a murky clarity – their characters on the edge of madness, stuck in a fictional universe, like the films they drink. From black and white to color, from close-ups to pictorial framing à la Hopper, the production takes us into the opaque psyche of a couple united in crime. But who also cracks, lies to himself, in a dizzying “neither with you nor without you”. And deeply moving.