Sean Connery, a disinherited who had learned to say from Shakespeare 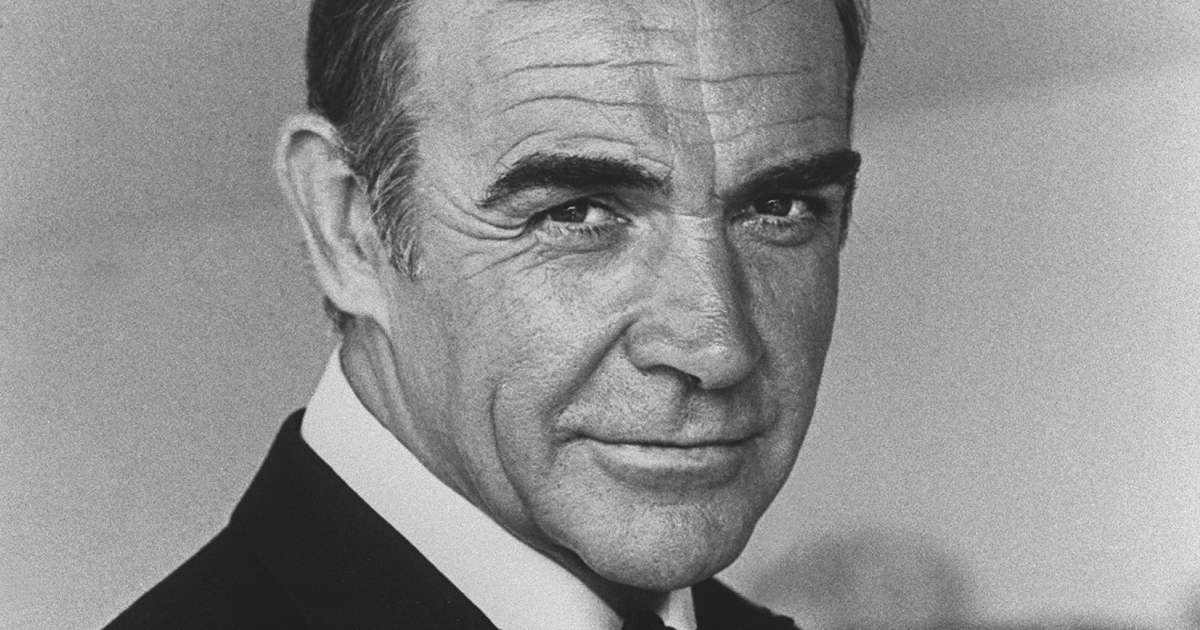 Let’s start with the girls: in ” Tarzan’s Greatest Adventure “, a drunkard lost in the jungle, he was ridiculous. In Irish in the face of cunning elves, in ” Darby O’Gill and the goblins “, it is as convincing as an insurer. In ” No spring for Marnie “, his face spread with walnut stain, his eyebrows plucked by a lost madwoman, he seemed sculpted from gingerbread. It is because Sean Connery, when we spoke to him about these three films, burst out laughing. Leaning on a plank bar in his brother Neil’s garden, drinking the beer he distilled in his cellar in Edinburgh, Agent 007 mispronounced my name and explained with simplicity the choice of his acting career: ” Forrester, when I was offered to become a pro footballer, I thought about it. What did an athlete last? Ten years maximum. An actor could last longer.. “ Good pick. He has crossed the century.

Frankly, James Bond, he couldn’t take it anymore. In 1988, for the release of ” Indiana Jones and the Last Crusade “, he had fun summarizing the characteristics of his character: ” An alcoholic who breaks cars “. But, in fact, behind this front cynicism, he was delighted to have had his chance with Ian Fleming’s hero. He owed her everything. The fees – fabulous at the time – allowed Sean Connery to play golf with passion, and to hold fairly high bets (it is in principle prohibited), which he was very keen to win. Scottish with fury, he knew that a penny was a penny, a cask whiskey was a top of the range whiskey, and that an oral contract was not worth the paper it was written on. A written contract either, by the way. He considered that the producers were thieves (true), that the studios were companies of thugs (still true), that the accounting of big films was fallacious (and how!) And that these mafia practices had to be combated with an ax. . As soon as the ink dried at the bottom of a contract, he sued. And won. Metro-Goldwyn-Mayer, which had survived decades of cosmetic accounting, did not survive plaintiff Sean Connery. Let us add: he was right.

When Sean Connery gave us the classiest interview in the world

“Dad and mum” tattooed on the left arm

Sean Connery had the allure of a member of the Jockey Club returning from carving out a great lord’s bank before dinner, and the humor of a dark sailor leaning on the railing, staring at the stars. These are the ones I remember, on the night of Marbella, as the neighbors walked precious little dogs down the main street. He wanted to bring to the screen the books of William McIlvanney, author of Scottish thrillers, with characters full of blue to the soul and friendships anchored in Guinness. Was America tempting him?” I got lots of offers to stay in Hollywood. But I can’t settle in a country where the beer is donkey piss and the slices of cheese wrapped in cellophane look like bandages or poultices “, he said.

Then, under the influence of a sudden emotion, he confessed to having cried when he arrived in New York, in front of the worms engraved under the Statue of Liberty: ” Give me your poor, your exhausted, send me the underprivileged that the storm brings me … “ Father Connery had been a machine operator, mother a cleaner. On his left arm, heart side, Sean Connery had a tattoo: ” Dad and Mum “ in ornate letters. On James Bond, it was care bears – and the makeup artists camouflaged this childhood admission. On Sean Connery, it was touching. He had been one of the underprivileged, and had learned to say Shakespeare without the rough Edinburgh accent, by varnishing coffins.

Eye to the stars, yes. We talked, in front of a sea of ​​ink, thinking about abandoned wives, failed (and successful) films, trips we would no longer make, and injured knees (football). On the other side, over there, the one we couldn’t see, there was Africa … A taxi arrived in the evening to go to Malaga airport. Then the years went by, and we crossed paths in London in 2001, for a new film. Sean Connery no longer lived in Spain, he was surrounded by press officers, photographers, secretaries, interviewers, an eager crowd. From a distance, he nodded, laughing at a fate’s joke. Because the film was called: ” Meet Forrester “.

I never saw him again.