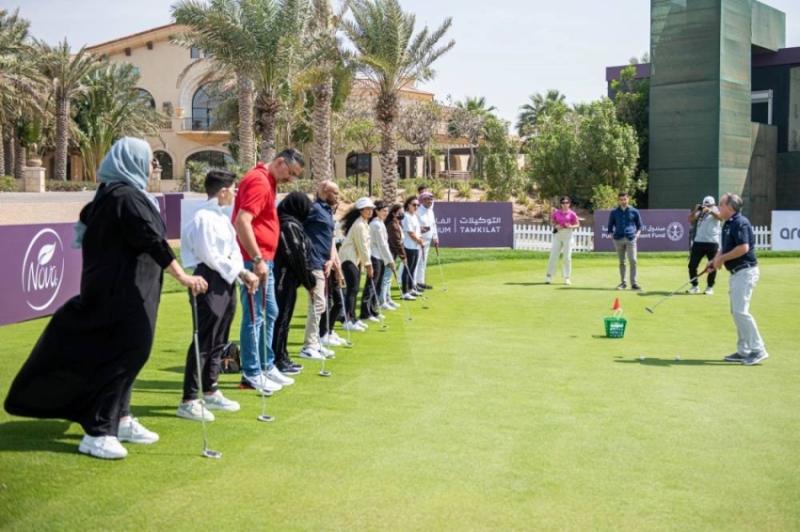 The Saudi Aramco Women’s International Golf Championship, presented by the Public Investment Fund, announced the holding of a first-of-its-kind event called “Women’s Day” as part of the global event, which is one of the European Tour Championships for women, and will be hosted by Royal Greens Club and Stadium in King Abdullah Economic City from 17 to 17 March 20, 2022.

The “Women’s Day”, which is expected to be held on the second day of the tournament (March 18), which is an extension of the initiative of the Ladies First Club, will witness many recreational and educational activities, as it will allow all the attendees of the Kingdom’s women and girls the opportunity to learn golf through free training sessions, with the possibility of meeting A group of elite international golf players participating in the tournament. They also have the opportunity to register for training sessions throughout the year within the “Ladies First Club”.

Saudi Golf coaches will also be present in the Aramco Energy Zone from 10 am to 12 pm, to provide advice and guidance to any woman or girl who wants to practice golf or learn more about it. The audience area will also witness a fashion show showcasing the designs of accompanying local talents, and hospitality will be provided to the participants in the audience area next to the 16th hole, which is one of the most beautiful locations in various international golf courses with its charming view of the Red Sea coast to give them the best background for memorial photos.

Majed Al-Sorour, Vice-Chairman and CEO of Saudi Golf and the Saudi Golf Federation, said: “Women’s golf in the Kingdom continues to grow, with interest and participation clearly increasing year after year. By holding these world championships alongside our partners in Aramco We know that we can truly inspire and empower more women to experience sport as we continue our journey to spread sport in the Kingdom. The Women’s Day event is open to all and provides the opportunity to experience golf for the first time with family and friends, enjoy hospitality and meet the biggest international stars in a unique location.”

Moroccan golf star Maha Hadioui, who is the first Arab woman to participate in the European Women’s Tour, commented, “It is great to see the increase in the number of women and girls practicing golf in Saudi Arabia, and I feel happy when they communicate with me on social media.”

“I am excited to be a part of Women’s Day and to meet golf enthusiasts and everyone who wants to try this amazing sport for the first time,” El Hadioui added.

It is worth noting that the Saudi Aramco Women’s International Championship returns to the Kingdom of Saudi Arabia in its third edition and will witness the participation of a selection of the best international stars, led by the defending New Zealander Lydia Ko, along with players who have won major championships such as: Anna Nordqvist and Georgia Hall, as well as Solheim Cup stars Carlotta Seganda and Bronte Lu, Asian Tour champions Marianne Scarbenard, Alison Lee, Olivia Cowan, Pauline Rossin Bouchard, Steve Kiriakou and Anne Van Dam and 2020 Danish champion Emily Kristen Pedersen.