“Rest a little”, the “pilgrimage” of Gad Elmaleh 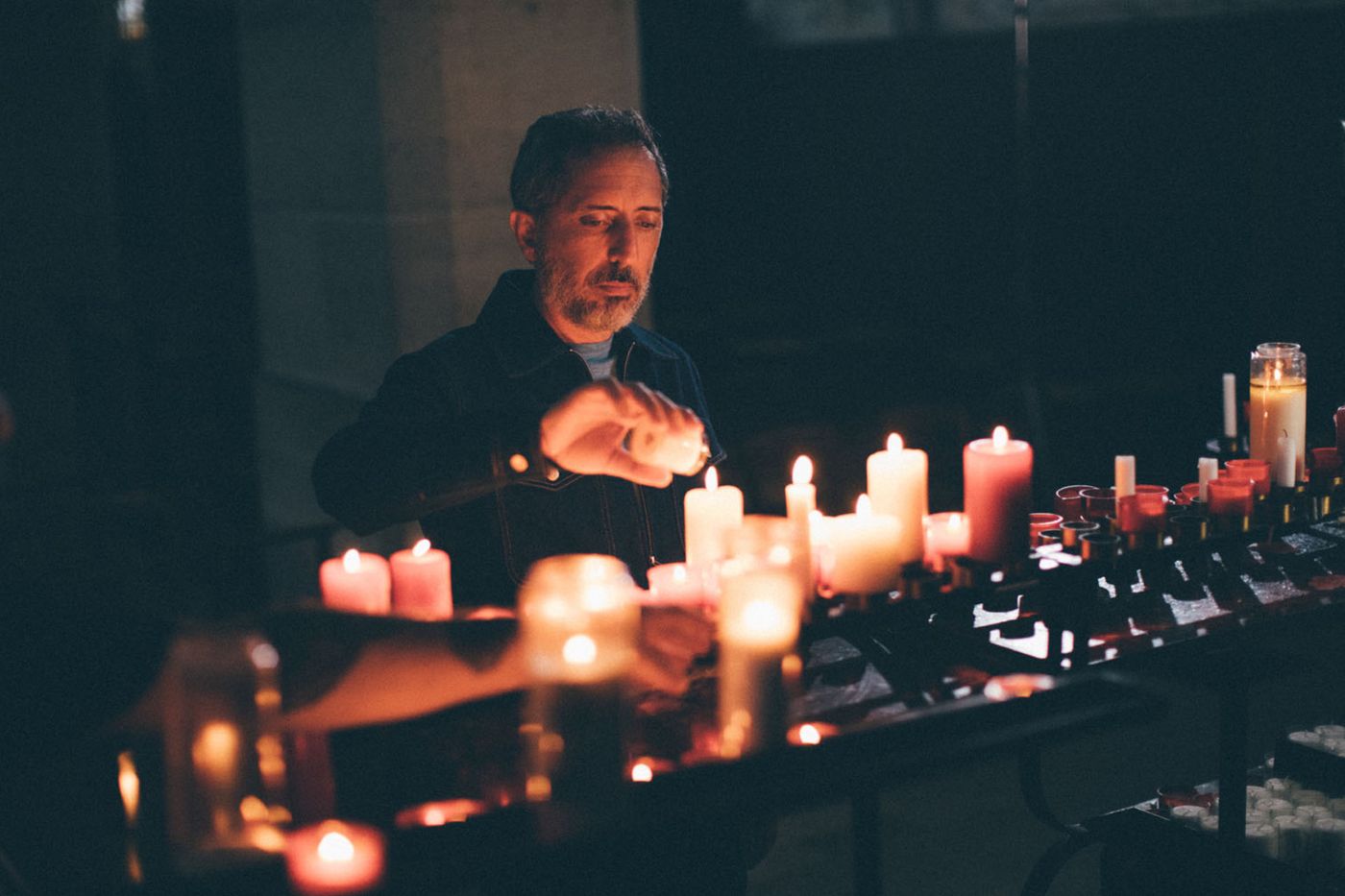 A love story between one of France’s most famous comedians and a woman. A woman who is none other than… the Virgin Mary. In a film surprising in its form, a realistic comedy that sometimes borders on documentary, Gad Elmaleh, director and main role – his in real life – delivers like never before. He recounts what he repeatedly calls his ” path “and not just any, that of faith.

The child from Casablanca in Morocco, born into a traditionalist Sephardic Jewish family, whose parents forbade him to enter churches, indeed feels an attraction for Catholicism. A fascination that led him to ask for baptism. But this path is steep, because Gad Elmaleh in no way considers this passage as a denial of his origins, of his Jewish roots, and even less of his family.

The Church in a positive light

His parents in the film, played amusingly by the same ones in real life, learn of this rapprochement from their son and experience it as a betrayal. In the genre of comedy, this discovery gives rise to some comical scenes. Like when they discover a statue of the Virgin in their son’s suitcase, which his father extracts after putting on gloves, in case Catholicism is contagious!

Faithful to the style of its director and main actor, the film is sprinkled with more or less subtle strokes of humor that allow the story to avoid the trap of being too serious or of a conversion that would tend to have value of example. Gad Elmaleh also manages to dodge the pitfall of an immodest story, while his eminently personal journey presents Catholics in a particularly positive light, in particular the parish of Sainte-Cécile de Boulogne-Billancourt (Hauts-de-Seine).

He practices self-mockery at will

A tour de force made possible by a self-mockery that he practices at will. Like when he confides in his childhood friend whom he is considering the idea of ​​taking as his first name Jean-Marie – in reference to Cardinal Jean-Marie Lustiger, Archbishop of Paris (1981-2005), born Jewish – and that his friend fell from the clouds thinking, him, more of Jean-Marie Le Pen or even Jean-Marie Bigard!

No doubt, too, Gad Elmaleh’s acting, where reality surpasses fiction, rings true because his spiritual quest appears deep and almost irrepressible. He repeats moreover, several times in the film, to feel under the protection of the Virgin for a long time. If there is a lot of talk about Mary, the figure of Christ is secondary. We would also have liked to know a little more about his relationship with Jesus or even about the way he got closer to the Church.

But Gad Elmaleh manages to move until the outcome which suggests that his journey of faith continues with a share of intimacy that cannot be communicated. Because, he assures it on the screen, “to believe is to doubt”but the assumption of God makes him happy.