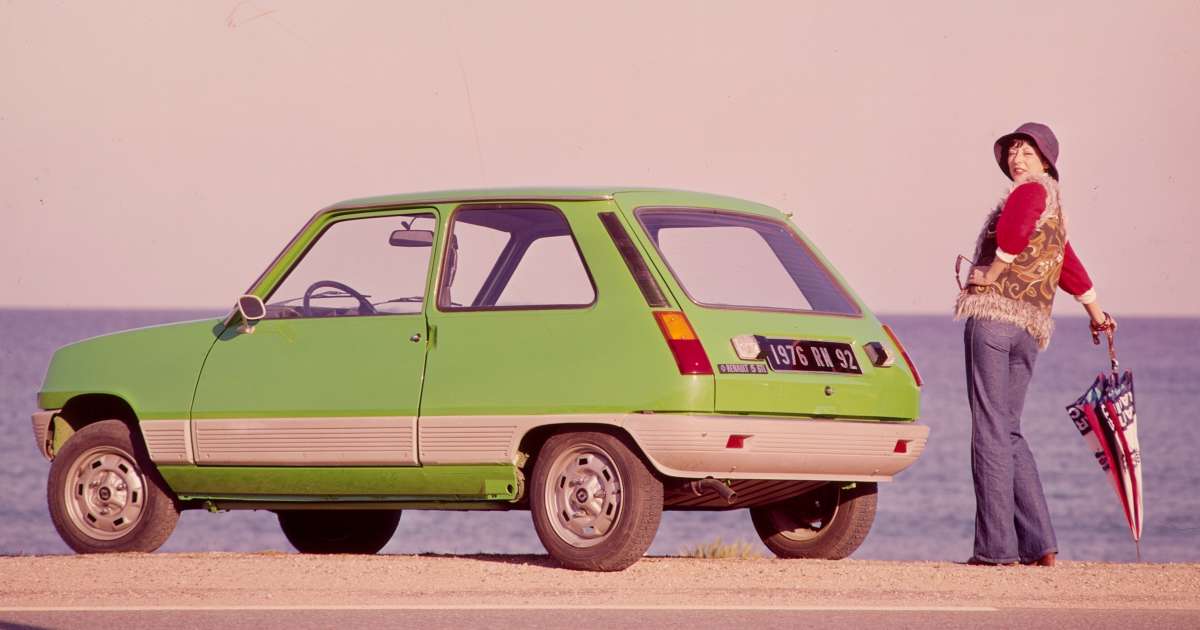 R5, the return. We’ve been waiting for it for months, but this time it’s official. This Thursday, September 22, the small sedan which celebrates its 50th anniversary this year, will be resurrected in a version of our time, under the name of Renault 5 Turbo 3E, Renault has just announced. We will discover it at the Mondial de l’Auto, from October 17 to 23, Porte de Versailles in Paris. It’s a show car (demonstration car which will not be produced) restomod (the silhouette is original) and retrofit (electrified) that the manufacturer describes as “100% electric reinterpretation inspired by the world of video games”. Connoisseurs will note the turbo and electric oxymoron, only thermal propulsion can be equipped with a turbocharger. What does it matter! When we talk about the R5, it’s not about technology, but about mythology.

Like a blockbuster character, Terminator style but smaller and friendlier, the R5 is indeed much more than a car. It’s an era, a style, a small revolution in everyday life on the eve of the first oil shock (1973). Any comparison with our uncertain times is not coincidental

At the end of the 1960s, cars were still black, masculine, serious. Mechanical power is no joke. Since the post-war period, the Dauphine, the 2 CV, the 4L and abroad the Fiat 500 and the VW Beetle have allowed the working classes to hit the road and women behind the wheel. But these economical cars were still rooted in aesthetics and uses dictated by traditional lifestyles. May 68, the student revolts, the workers’ demands and then the feminist movements shake these shackles and fluidify the ways of life.

The R5 is the first multi-purpose French car. Work, leisure, shopping, short or long journeys… it can do it all and that for everyone. Among those over forty, who doesn’t have memories in an R5, with their mum, grandpa or a lucky friend behind the wheel?

Its pop colors (apple green, orange, tomato red, etc.) anchor it in its time, as does its reduced fuel consumption (4.5 liters per 100 km announced) at a time of soaring fuel prices. If necessary, the tailgate and the folding bench transform the small sedan into a utility vehicle. The R5 is in short the ancestor of small SUVs, without the faults of its latest (heavy, anti-ergonomic, dangerous for pedestrians, etc.).

Finally, it is spacious enough in the back to accommodate children, like Romy Schneider in the film. “A simple story” in 1976 by Claude Sautet. If necessary, the R5, the second car in the household, can take the place of the first. And for the majority of households, it is the only car but does not act as a second choice. In total, 5.580 million R5 will be produced between 1972 and 1984.

The R5’s silhouette is sleek, but it doesn’t look like a minivan like the 4L. It is pretty with its discreet grille, square headlights like two eyes, a thermoplastic front and rear bumper rather than sheet metal bumpers, side protections on the GTL, and an ergonomic dashboard.

In 1972 Renault bought the manufacturer Alpine. From this union of know-how, will be born four years later, the R5 Alpine, a bombinette which does not escape sports car enthusiasts, at an affordable price. It’s a snub to the Golf GTI and the start of a new era for the berlinetta. A turbocharger, an old invention but new on a small engine, fitted the R5 in 1980 then the R5 Alpine the following year.

The small car in pop colors becomes the queen of rallies. And forever a princess on four wheels.