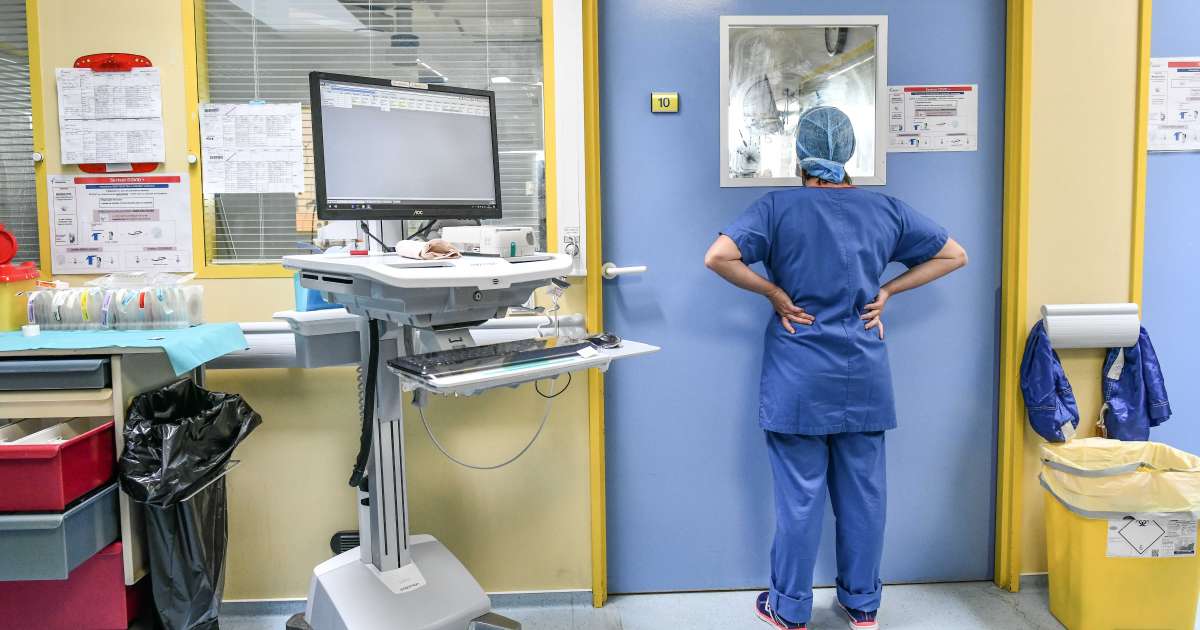 More than half of nurses are “In a situation of professional exhaustion”, a proportion that has almost doubled since the start of the health crisis, warns the National Order of Nurses on Sunday, which calls for “Urgent measures”.

The Order carried out its own survey, carried out from October 2 to 7, 2020 among the 350,000 nurses registered there, to which 59,368 of them responded. It emerges from this study, first published by “le Parisien”, that 57% of respondents are “In a situation of professional exhaustion”.

The return of the Covid: depression, anguish and weariness. You can’t get out of bed either?

This result may have “A strong impact on the quality of care”, estimate 48% of them, while they were already 33% in a situation of professional exhaustion before the health crisis, underlines the Order in a press release. It alerts on “A situation in tension” and calls for “Urgent measures”.

More than a third of salaried nurses say they are “In numbers reduced compared to normal”, 57% believe “Not having the necessary time to take care of patients” and two-thirds say their working conditions have deteriorated since the start of the crisis.

59% of them say they have seen “Their workload has increased since the start of the crisis” (75% for nurses employed or working in an establishment) and nearly one in five nurses “Has not been able to take any leave since last March” (29% among liberals).

Moreover, 30% of them “Perform tasks that fall outside their regulatory scope to cope with the general increase in activity linked to Covid”.

We must expect to live with the Covid-19 “until the summer”, warns the president of the scientific council

In addition, 3.5% of nurses say they have been invited to come to work after having tested positive for Covid-19 (4.5% in an establishment).

43% of nurses (46% for liberals) also feel that “We are not better prepared collectively to respond to a new wave of contaminations” and 47% (55% among liberals) consider “That we do not rely enough on them in the city to fight against the Covid and its consequences”, in particular for testing and monitoring infected patients.

Protective gear is revealed “Again in insufficient quantity”, according to 44% of respondents (68% for the Liberals).

“While 34,000 nursing positions are vacant for the start of the 2020 school year […] these degraded working conditions make us run the risk of seeing more and more nurses “throw away their gowns” ”, believes the Order. They are also 37% to say they want ” change job “ since the crisis.