“Reckless” or “measured”? Scientists divided over lifting some health restrictions 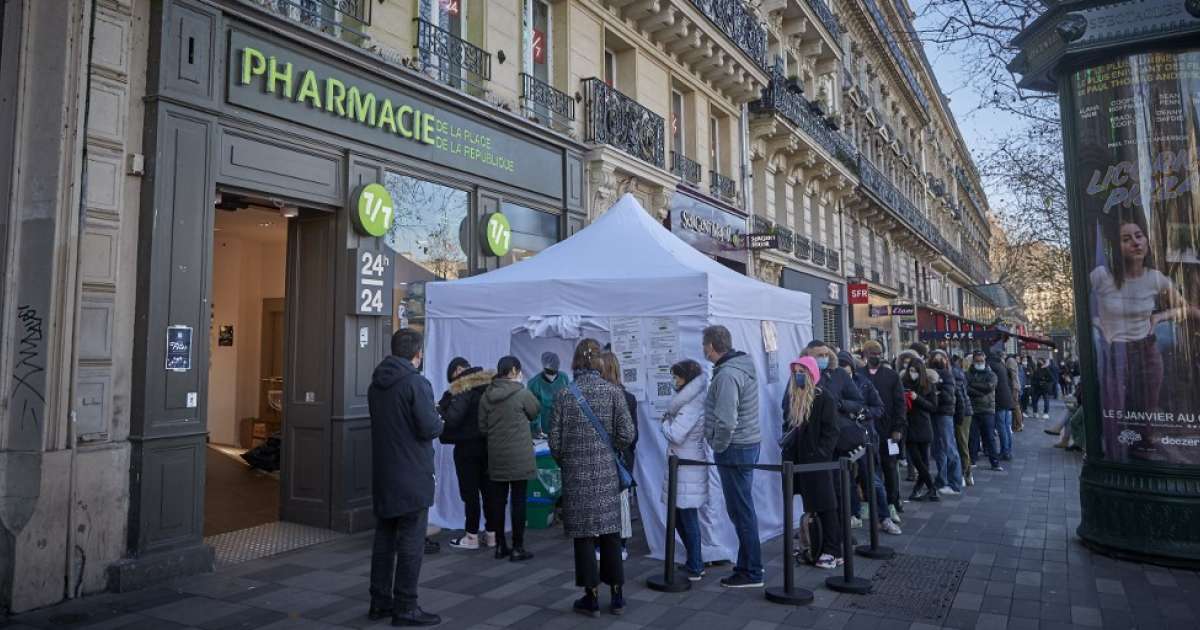 End of the compulsory mask outdoors, the obligation of teleworking, return of standing concerts and reopening of nightclubs… Prime Minister Jean Castex presented Thursday evening a schedule for the reduction of measures taken to fight against Covid-19. But while the Omicron wave – and the Delta wave that preceded it – is still in full swing in France, these announcements have left some scientists skeptical. Others, however, consider the risk taken “measured”.

For epidemiologist and biostatician Catherine Hill, this relief is “reckless”. “It comes from an optimism that I find difficult to share. There are more people arriving at the hospital every day., she laments with the “Parisian”.

“We can hope that there will soon be no more saturation of hospitals”, estimates Antoine Flahault

According to the scientist, if a decrease in intensive care admissions begins to begin, “the impact on the healthcare system [ne sera pas terminé au 2 février, date de la première levée des mesures] ». She fears that the executive will send the wrong message to the French : “People will think that things are better and will pay less attention”, she worries. Citing the 12% of people over the age of 80 who are not yet vaccinated, she called for more attention to this public and increased screening.

“My arms are falling”

Professor Gilles Pialoux, head of the infectious and tropical diseases department at the Tenon hospital in Paris, was also skeptical: if he thinks that the measures are “in line with what the French want to hear”, and their “give[ent] prospects », he underlines the reality of Covid contaminations, which have continued to reach record levels since the start of the epidemic. “In terms of health, it is still a little out of step with the opinions of the Scientific Council”, he points out.

In an opinion delivered on Wednesday, the Scientific Council supported that, according to its projections, “The impact on the healthcare system could be managed if, and only if, the reduction of contacts and the preservation of barrier gestures continue during the coming weeks”.

Cases, hospitalizations… These encouraging signals in the Omicron wave

“It’s a bit like the advent calendar, we open doors, we don’t know what’s behind it very clearly. The idea that after the February holidays, we will have a reduction, the arms fall to me “, was annoyed Gilles Pialoux.

The epidemiologist Antoine Flahault, director of the Institute of Global Health at the University of Geneva, also expressed concern to the “Figaro”: ” It is not at the peak of the wave that we are most inspired to lighten the measures. » If he is in favor of lifting the measures, he believes that relief should wait “ that everything goes down again and that the regaining of control is really assured”. “ And a lull is going below 5,000 cases a day. » On Monday, more than 500,000 cases were diagnosed in 24 hours, according to updated data from Public Health France.

“The risk is measured”

The Covid-19 pandemic “is far from over”, warns the boss of the WHO

Take advantage of the €1 offer for 3 months with Google

Professor Philippe Amouyel, epidemiologist, believes however that, since this lifting of restrictions remains partial, it is adapted to the situation. “The risk is measured”, he judges with Franceinfo.

Professor Anne-Claude Crémieux, infectious disease specialist, calls for caution: “The message to get across is be careful, we are in the midst of an Omicron wave, we must not relax our vigilance. »