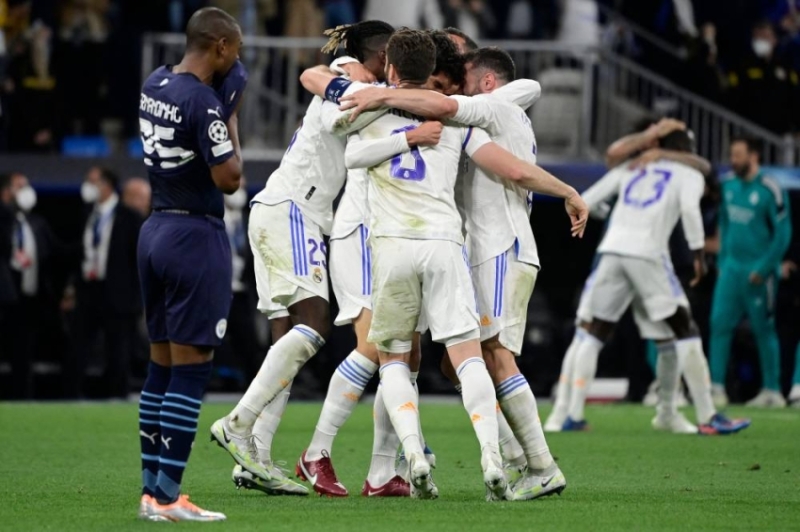 Real Madrid qualified for the Champions League final after defeating Manchester City 3-1 in the match that took place between them on Wednesday evening at the “Santiago Bernabeu” in the second leg of the Champions League semi-finals for the current season 2021-2022. The final match of the European Champions League will be held at the “Stade de France” in the French capital, Paris, at exactly ten o’clock in the evening, Saturday, May 28, Mecca time.

The goals of the match came through Riyad Mahrez in the 73rd minute for City, while the Brazilian Rodrygo scored two goals, and Karim Benzema scored in the 90th, 91st, and 95th minutes, respectively.

And the original time between the two teams ended with Real Madrid leading 2-1, which prompted the two parties to resort to the extra time that witnessed Karim Benzema’s goal from a penalty kick.

Real Madrid set a date with Liverpool on May 28 at the Stade de France in the French capital, Paris, to be the second final between them after the famous meeting that brought them together in the 2018 season.

According to the “Opta” global network specialized in global football statistics and figures, Riyad Mahrez has so far scored 24 goals in all competitions for Manchester City this season.

Karim Benzema scored 10 goals in the knockout stages of the Champions League this season, which is the most scored by a player in a single season alongside Cristiano Ronaldo in the 2016-2017 season, also with Real Madrid.

Phil Foden also made his 36th Champions League appearance this evening, with Cesc Fabregas (42) and Kylian Mbappe (40) now the only players to achieve more in the competition when he was aged 21 or younger.

The Real Madrid line-up was as follows:

While the Manchester City lineup was as follows..

Tags: a date, He hits, heroes, in, Liverpool, Madrid:, Rial, ultimate, With