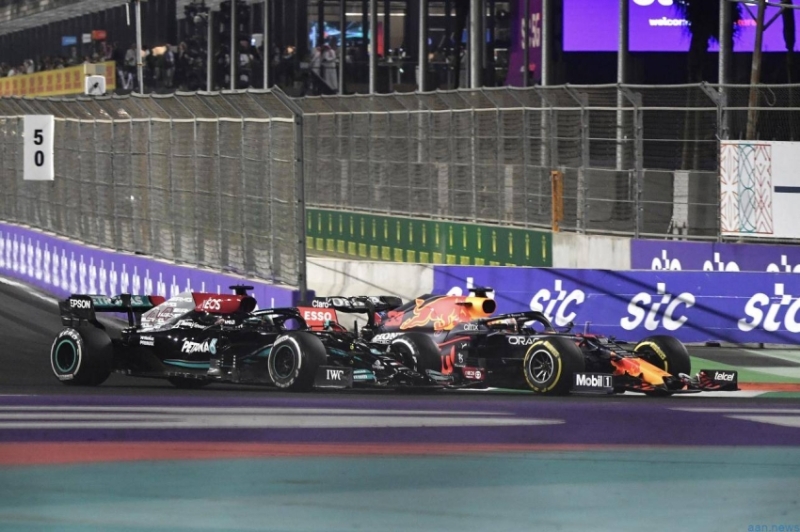 The Saudi Motorsports Company, the promoter of the 2022 Formula 1 Saudi Grand Prix, has begun finalizing its preparations, one month before the return of the world’s greatest drivers to Jeddah from 25 to 27 March.

On the track, it has already been confirmed that some minor circuit adjustments have been made to help improve the driver’s lines of sight from the cockpit to improve visibility in many corners of the circuit including Turn 2, 3, 14 and 21, where the barriers will be moved back between 1.5m and 2m (depending on location and infrastructure) Similarly, the bulkhead on the right side of Turn 27 will be moved back about 1.5 metres; To extend the path at this point, and in all cases except for Turn 27, the path boundary/edge will remain the same.

Further modifications will be made to Turn 4, 16, 22 and 24 after consulting with drivers who requested a smoother barrier. Bikers around the track.

The start of this year’s race has been moved back by half an hour to 8pm local time, to maximize the reach of the global TV audience and take advantage of last year’s exceptional viewership figures.

In addition to the technical modifications to the track, the public and drivers will be greeted in color and elegantly at the Jeddah Corniche Circuit, in cooperation with the famous Saudi artist Rex Chuck, whose distinctive artworks will decorate various aspects of the circuit during the weekend.

While the Jeddah Corniche Circuit was built in record time ahead of the first Saudi Grand Prix last year, work continues on the public complex that includes the new marina, which will include a world-class hotel along with a range of shops and restaurants, behind Turn 13.

Work continues at the circuit in terms of establishing a series of restaurants that provide an opportunity for the public to dine in a distinctive style, while enjoying the summit of motor racing in front of their eyes.

Expansion of the Jeddah Corniche, which is in line with the circuit complex, is in full swing. The works will see the establishment of a major new outdoor entertainment area to serve all Jeddah residents.

Relocations to the southern stands, which were located at Turn 27, are also underway, along with the main stands to enhance the audience’s experience with stunning views of the start and finish lines and Turns 1 and 2, an area that saw a lot of action in the 2021 race.

Finally, the race’s promoter is also working to increase the size and scope of the audience areas ahead of the 2022 Formula 1 Saudi Grand Prix, as the audience areas were very popular with all attendees at the first race last December.

Tickets for the next edition of the race were recently released to the local and international audience, and tickets for the main stands are already sold out for Sunday’s race, in which Lewis Hamilton seeks to repeat his stunning victory last December, ambitions that will face fierce competition from current world champion, Max Verstappen. And a group of the most skilled drivers such as George Russell, Sergio Perez, Charles Leclerc, Carlos Sainz, and others.

In addition to the main Formula 1 race, all ticket holders will also enjoy watching the Formula 2 support race series and the Porsche Sprint Challenge Middle East, in addition to enjoying the many entertainment activities, crowd festivals and concerts that will take place in the circuit and audience areas throughout the weekend.