Professor assassinated: for the Académie Goncourt, “Samuel Paty died because he tried to fight obscurantism” 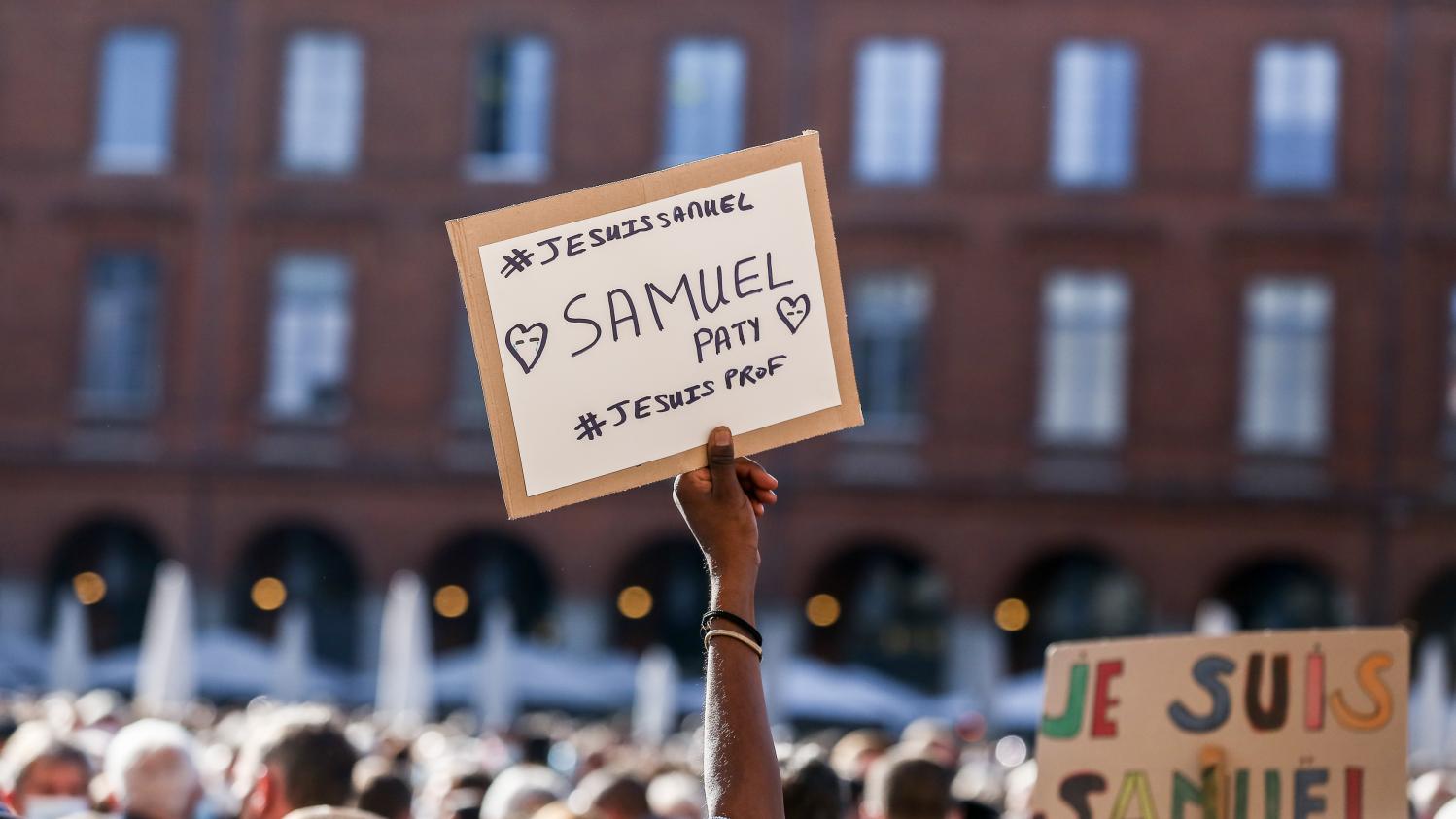 In a statement, members of the Académie Goncourt shared their “emotion” and “indignation” after the murder of Professor Samuel Paty.

“The Académie Goncourt wishes to express its deep emotion, its indignation, its deep sadness and its anger.“The members of the Académie Goncourt, who each year award the literary prize of the same name, reacted via a press release posted on social networks at”barbaric murder of Samuel Paty, professor of history and geography killed by an Islamist terrorist“. The teacher of the college of Bois d’Aulne, located in Conflans-Sainte-Honorine (Yvelines) was assassinated Friday, October 16. He had shown in class caricatures of the Prophet Muhammad published by the newspaper Charlie Hebdo, as part of a course on freedom of expression.

“Samuel Paty died because he tried to fight obscurantism by sparking the debate of ideas within his classes“, declares the Académie Goncourt.”Samuel Paty died for having held high what founds our society, our State and our Republic, namely the exercise of critical thinking, freedom of expression and opinion, the awakening of consciences, the promotion of humanist ideas.“, she continues.

Samuel Paty was delivered by some to the vindictiveness of the illuminated, to the bloodthirsty hatred of ignorant fanatics, and this even because he lived and did his job in our country, in one of our towns, in one of our our schools.Goncourt AcademyCommunicated

“Samuel Paty died as a teacher and it is therefore through him all the teachers that the Islamists tried to kill“, writes the Goncourt Academy, estimating that”because of this, and because the influence of French culture, the transmission of ideas of tolerance and temperance, the debate of ideas are at the heart of the missions of the Goncourt Academy, it solemnly declares that it is today hui Samuel Paty, like countless women and men were, are and will be Charlie.“