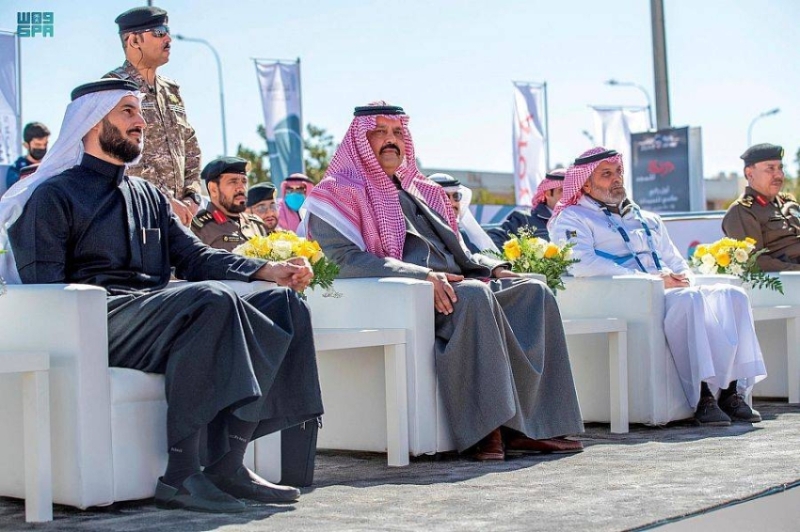 His Royal Highness Prince Abdulaziz bin Saad bin Abdulaziz, Governor of Hail Region, confirmed that the launch of the Jameel Rally for women, with the participation of 35 teams of 15 nationalities, for the first time in the Kingdom, is a new beginning for women’s motor sport, praising His Highness for the support of the wise leadership – may God support her – for this sport with the follow-up of His Highness the Minister of Sports and His Highness President of the Saudi Automobile and Motorcycle Federation, and on the initiative of Abdul Latif Jameel Motors and the Abdullah Bakhashab Foundation.

In his speech during his patronage of the launching ceremony of the contestants participating in the Jameel Rally for women in its first edition for the year 1433, which is held in the historic Al-Qashla Palace in the city of Hail, today, His Highness touched on the comparative advantages and natural sites in the Hail region that made it a springboard for the first desert rally in the Kingdom previously and the starting point for the first rally For women in the Kingdom and the Gulf, His Highness returned the participation of 70 contestants in the first edition of the Success Index, expressing his thanks to all those who contributed to the success of the launch of the Jameel Rally for women from government and private agencies and organizing committees.

His Highness the Prince of Hail had launched the start of the race with the participation of (70) female contestants representing (35) teams of (15) nationalities. For women off-road and the only one of its kind in the Kingdom and the Gulf Cooperation Council countries.

This rally relies on the use of planning skills and the navigation system (GPS), and does not depend on speed, in order to collect the largest number of points at each arrival point.