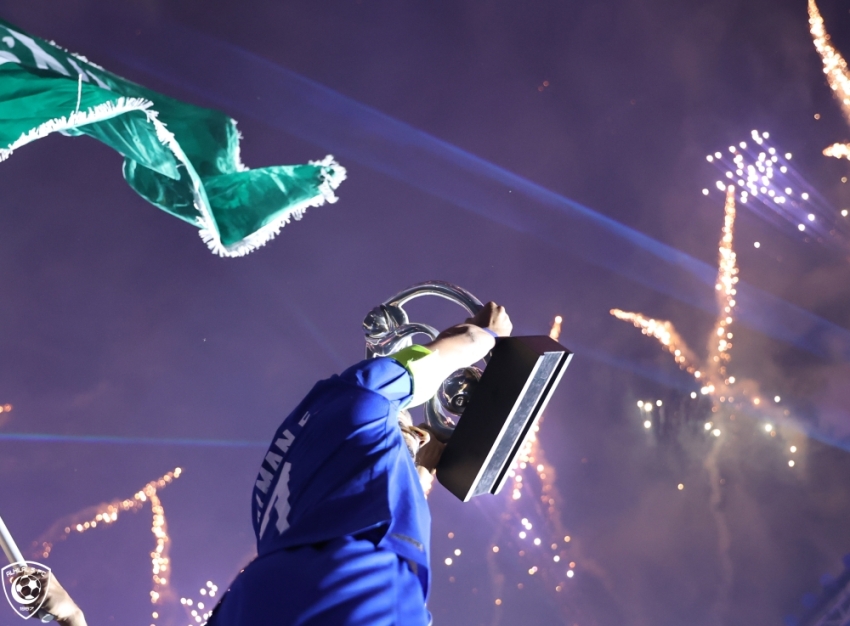 In recent years, Saudi sport has jumped to its natural position, at the forefront of the Asian continent. Rather, it has become one of the real forces in the yellow continent, not in one game, but in all team and individual games.

Al Hilal’s crowning last Tuesday in the AFC Champions League was not a coincidence or a stroke of luck, but rather a natural harvest, given the state’s support through unprecedented quality initiatives, to encourage talented people and create a professional environment for sports work in all games.

The Kingdom’s success in winning the karate silver at the last Tokyo Olympics through the hero Tariq Hamdi, is also the product of attention and support, and it is silver with a well-deserved golden taste.

The confident steps that our first team is taking towards the 2022 World Cup, by leading the second group in the crucial Asian qualifiers, is another proof of the success of the planning that our sport is going on.

The Ministry of Sports launched support for sports federations and an elite sports program with a budget of 2.6 billion, and the support is witnessing a distinct strategy as follows:

Support provided to cover the basic activities of the federation, including operational costs, activities, camps and salaries, provided to all federations, according to the assessment.

There are three phases to the Elite Athletic Development Program:

The second stage: improving results and performance and achieving advanced stages in the Olympic and Asian Games

Phase III: Develop a sustainable network of elite athletes, take advantage of investment opportunities and compete in the final stages of the Olympic and Asian Games.

The Ministry of Sports allocated rewards to sports federations as follows:

Sports federations are currently witnessing a historic stage of development and support, with follow-up and direct supervision from the Ministry of Sports, in a codified manner and an integrated work system with the aim of developing all sports federations and increasing the number of practitioners of sports activities and programs.

The Ministry of Sports announced the criteria that will be supported by the clubs as follows:

The various games are among the important criteria that the Ministry of Sports has set financial support for, as it has set a general budget of 488.5 million, and the evaluation is as follows:

Submit a detailed plan for the games and have it approved by the Ministry.

– Compete in 5 of the selected games.

– Compete in 5 of the selected games for the age groups.

– Implementation of development programs for the age groups in 6 of the selected games.

Achievements made for the country:

– The Kingdom hosted the Dakar Rally 2021 (the largest motor race)

Announcing the hosting of the World Youth Weightlifting Championships in Jeddah

The Saudi national team topped its group in the World Cup qualifiers.

Prince Abdulaziz bin Turki Al-Faisal, Minister of Sports, announced the provision of 200,000 riyals as a reward for each player from Al-Hilal team on the occasion of winning the 2021 AFC Champions League title.

And the official account of the Ministry of Sports on Twitter published the news of monitoring the reward, where he wrote: “The Minister of Sports Prince Abdulaziz bin Turki Al-Faisal offers a financial reward of 200,000 riyals to each of the Al-Hilal players on the occasion of winning the 2021 AFC Champions League.”