One of the world’s largest diamonds discovered in Botswana 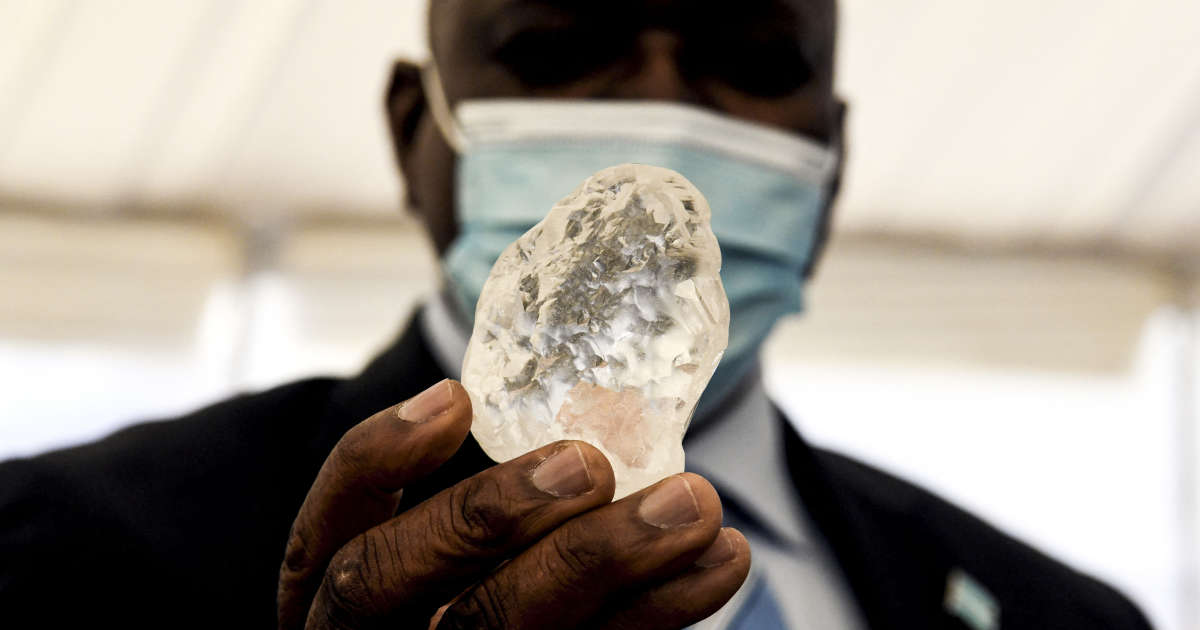 A diamond worth gold. The Debswana company, a diamond producer in Botswana, announced on Wednesday (June 16) the discovery in this southern African country of a 1,098-carat stone, one of the largest of its type ever found in the world, according to her.

“New”: fine jewelry made in France

The diamond, discovered on June 1, was shown to Botswana President Mokgweetsi Masisi in the capital, Gaborone, and measures 73 by 52 by 27 millimeters.

It is considered the third largest of its kind found on the planet, said Lynette Armstrong, director of Debswana, jointly owned by the government and South African diamond dealer De Beers.

Hope for a struggling nation

“It is the largest diamond discovered by Debswana since its creation over 50 years ago”, she added. This discovery “Brings hope to a nation in difficulty”.

Two friends, a $ 3 million diamond and a robbery

The largest known diamond is the “Cullinan”, over 3,100 carats, unearthed in South Africa in 1905. The second, of 1,109 carats, was discovered in 2015 in the Karowe mine in northeastern Botswana.

Botswana is the largest African producer of diamonds.