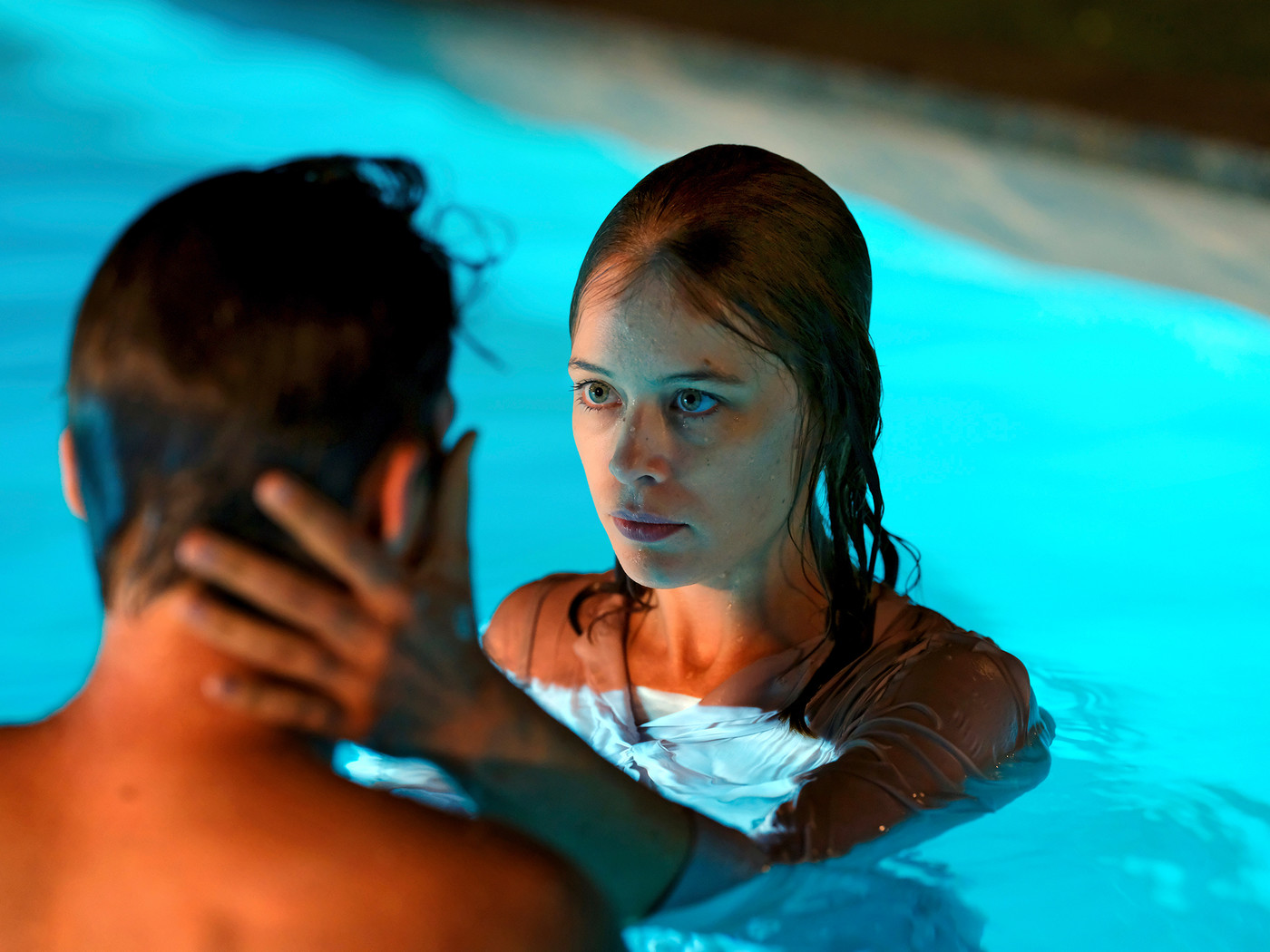 From the myth of Ondine, nymph of the waters who condemns to death the man who betrayed his love, we know the many variations. Christian Petzold’s was directly inspired by a short story by Austrian poet Ingeborg Bachmann, Ondine is leaving. The despair expressed by this mythological creature in the face of the inconstancy of human beings served as the starting point for his scenario. Except that in her version, Ondine is a woman of today who fights to break this curse thanks to the unconditional love of a man.

The German filmmaker (almost) abandons the history and the traumas of his country which formed the background of his last films (Transit, Phoenix and Barbara) to reconnect with the world of tale – already explored in Ghosts (2005) – and turn this myth into a variation on absolute love in a splendid sentimental melodrama. It borrows many of its codes, narrative and aesthetic, from German romanticism while transposing it into contemporary Berlin. Ondine (Paula Beer) is a historian, town planning specialist, who lives near Alexander Platz and earns her living giving lectures on the history of the city and its developments.

Love as an antidote to fate

When his lover Johannes (Jakob Matschenz) announces to him, in a magnificent opening scene, that he is leaving her to reconnect with his former girlfriend, Ondine is upset, “ If you leave me you must die », She blurted out to herself, knowing that she was at the mercy of the ancient legend. The young woman has yet decided to defy fate and to let go of the chains of the past. His meeting with Christoph (Franz Rogowski), a diver by trade – their mutual love at first sight is literally materialized on the screen by an aquarium which shatters and overwhelms them – will temporarily help him to overcome the curse.

The pure love, devoid of all pretenses that this man has for her, is, she wants to believe, a powerful antidote to fate. But dark forces are always at work, which permanently threaten this new balance, reminding Ondine of her true nature. The story then takes on all its fable dimension and poetic license with the aquatic evocations of its soundtrack and its very beautiful scenes of dives in a dam lake, populated with industrial remains, whose universe seems straight out of 20000 Leagues Under the Sea, the Richard Fleischer’s film from which Christian Petzold says he was inspired.

The city of Berlin, the other protagonist of history

The present and the past are then superimposed, what is on the surface and what is buried just below, like Berlin, the other protagonist of history, built on dried up marshes, and which has ceased to erase the traces of its history in an attempt to rebuild itself. The models of the city at different times, around which Ondine organizes his conferences, are the pretext for the filmmaker, whose entire filmography is haunted by the subject, to weave a metaphor with the still poorly healed wounds of his country. The love story of Ondine and Christoph, weighted, like their city, by the weight of the past will have to triumph over curse and death, to be able to come true.

→ EXPLANATION. Berlin Wall: the main dates from its construction to its fall

The parallel is not always the most subtle, but the atmosphere of strangeness that permeates all of Christian Petzold’s films, making his characters specters wandering in a disembodied city, is here sublimated by the disheveled romance of his screenplay, the beauty of the images of its director of photography Hans Fromm, the music of Bach and his new fetish duo of actors, Paula Beer (the heroine of Frantz by François Ozon), and Franz Rogowski. Already reunited in his previous feature film, Transit, they agree here perfectly to make us experience the intensity of their love “to life, to death”, the only way according to the filmmaker to overcome the disenchantment of the world. The role of Ondine won the actress the Silver Bear for Best Performance at the last Berlin Film Festival.

Christian Petzold, leader of the renewal of German cinema

Christian Petzold was born in 1960 in Hilden. A graduate of the German Academy of Cinema and Television in Berlin, he signed two crime dramas before directing his first feature film in 2000: Identity check. He is considered with others (Maren Ade, Angela Shanelec…) as one of the leaders of the revival of German auteur cinema, and in particular of what has been called the Berlin school.

Frequently selected in festivals, he received the Silver Bear for Best Director in 2012 for Barbara. His most famous films, Yella (2007) Jerichow (2009) Barbara (2012) Phoenix (2014) and Transit (2018), are currently the subject of a retrospective at the cinema l’Arlequin in Paris.