Nigeria: what we know about the jihadist attack which left at least 110 dead 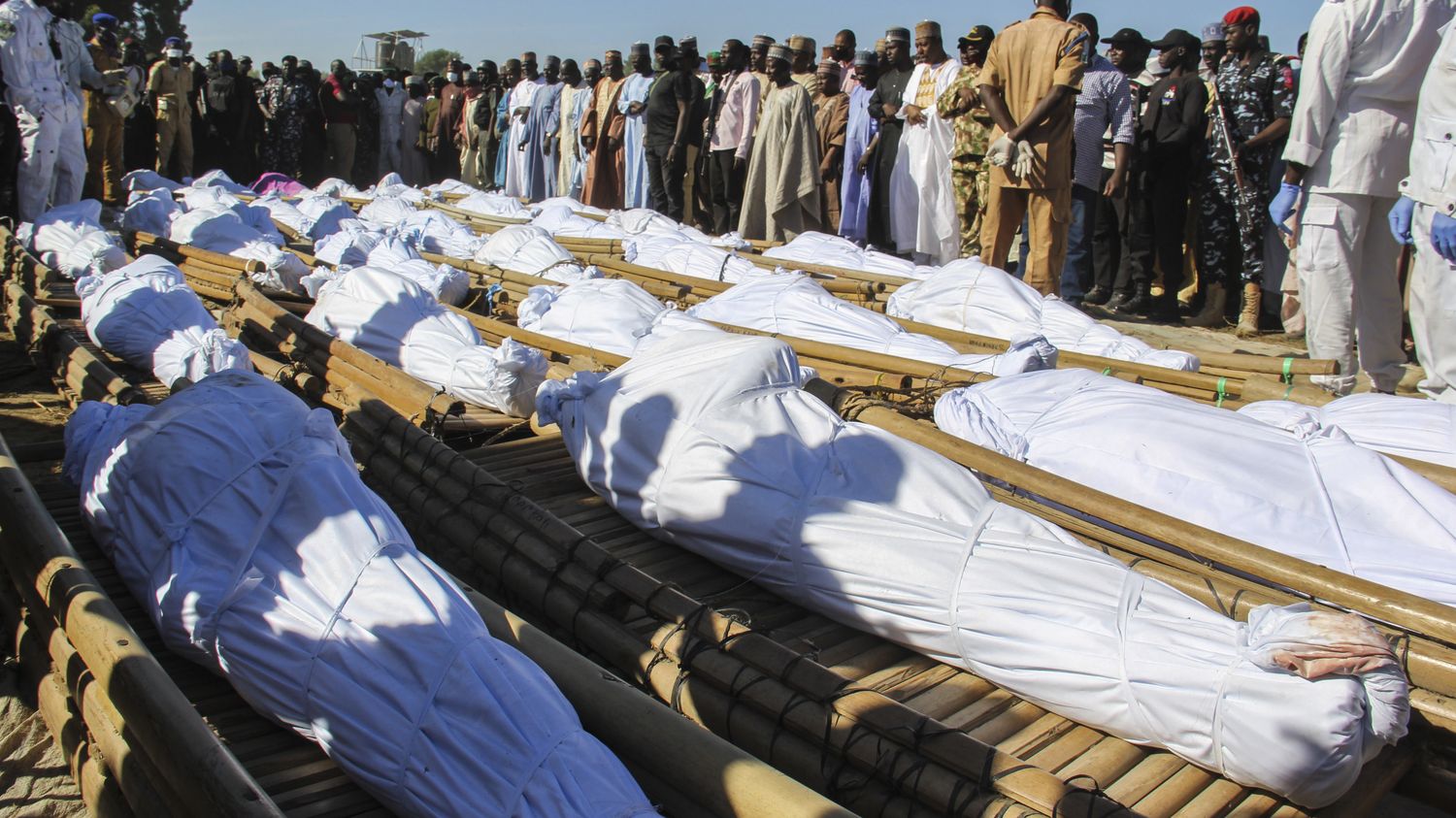 The death toll of the massacre that took place on Saturday November 28 in northeast Nigeria continues to grow. At least 110 civilians have been killed by suspected members of jihadist factions, making it the deadliest attack on civilians this year in the region, according to a United Nations record. The facts took place in the middle of the day. Franceinfo returns to the massacre that began on Saturday morning in the village of Zabarmari and which continued in a paddy field located less than ten kilometers from Maiduguri, the capital of Borno State.

Saturday, “In the early afternoon, armed men arrived on motorcycles and carried out a brutal attack on men and women working in fields in Koshobe,” UN humanitarian coordinator in Nigeria, Edward Kallon, said on Sunday. “At least 110 civilians were coldly killed, and many more injured in this attack.” Among the victims are dozens of farm workers from Sokoto, state from northwestern Nigeria, who had traveled to Borno to find work in the rice fields.

“We found 43 lifeless bodies, all of them had their throats cut”Babakura Kolo said on Sunday, leader of a pro-government self-defense group that participated in the evacuation of the victims. “This is undoubtedly the work of Boko Haram, which operates in the region and frequently attacks farmers,” he assured. In addition, the search for several dozen missing persons was continuing in the marshy and difficult to access waters of the region.

Last month, 22 farmers were killed in their fields not far from the city. Farmers, fishermen and loggers are regularly targeted in the region by jihadists, who accuse them of transmitting information to the army or of not paying the jihadist “tax”, compulsory for carrying out economic activity in certain areas. of Borno.

On the day of a regional election

The deadly attack took place on election day for representatives and regional councilors from the 27 constituencies of Borno State. This election had been postponed several times since 2009, due to the current jihadist insurgency. The inhabitants of the five constituencies located on the edges of Lake Chad, an area controlled by the gIslamic State group in West Africa (ISWAP) voted this Saturday in the capital of the region, in Maiduguri.

A region under jihadist threat for more than ten years

For more than ten years, the state of Borno is under attack from the jihadist organization Boko Haram and its rival faction, the gIslamic State group in West Africa. According to the UN, more than 36,000 people have been killed since the start of the conflict in 2009 and nearly two million people have had to flee their homes.

So far, no claim of Saturday’s attack has been made public and the UN statement does not mention these groups. The President of Nigeria, Muhammadu Buhari, condemned the massacre. “The whole country is hurt”, he lamented, before condemning once again sunday on Twitter this slaughter. “The murder of rice farmers in the town of Jere, in Borno State, is tragic and condemnable”, he wrote, assuring than “the government has given and continues to give all the necessary support to the army so that it does everything possible to protect the population of our country and its territory”. The massacre is also seen as a further failure of the president, elected in 2015 on the promise of securing the north-east of the country.

President @MBuhari: The killing of rice farmers in Jere LGA of Borno State is tragic and condemnable. @NigeriaGov has given and continues to give all the needed support to the Nigerian Armed Forces to take all necessary steps to protect the country’s population and its territory.

The conflict that has lasted for more than ten years has created a humanitarian crisis, exacerbated this year by poor harvests and restrictions linked to the Covid-19 epidemic. The estimated two million people displaced by the conflict no longer have access to their fields and therefore depend almost entirely on humanitarian aid to survive.

A number of them, encouraged by the authorities, decided to return, despite the terrorist threat, to their villages to regain their land. The State of Borno has thus carried out rehousing operations. These rural communities are “facing untold hardships. Helping them cultivate land and rebuild their livelihoods (…) is the only way to avoid a looming food crisis in Borno State”, warned the UN in its press release. The United Nations fears that this attack will have serious consequences for food insecurity in the region. “The surrounding communities are terrified of going to cultivate their land”, reports Eve Sabbagh, spokesperson for the United Nations Office for Humanitarian Affairs in Nigeria, at the microphone of RFI.