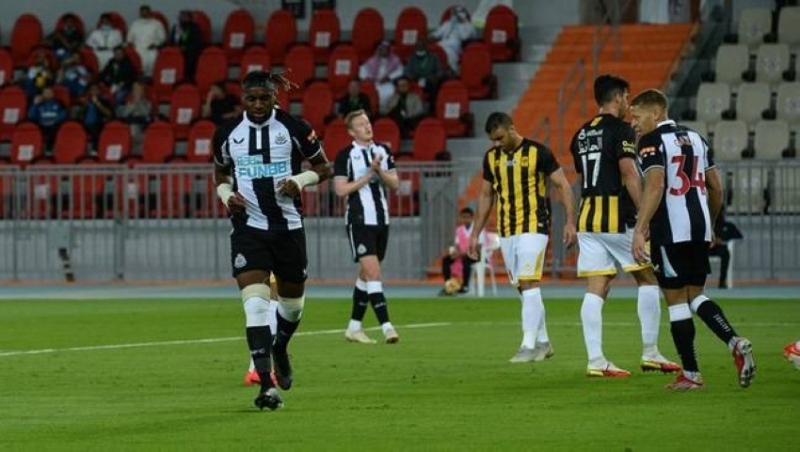 Newcastle announced on Sunday the signing of Brazilian midfielder Bruno Guimaraes from Lyon in a four-and-a-half-year deal for an undisclosed amount, but it is estimated at 40 million pounds. Guimaraes, 24, is Eddie Howe’s third signing in the current transfer window, after the arrival of England international Kieran Trippier and New Zealand international Chris Wood.

“Bruno is a very exciting talent and he was one of our main targets, so I am delighted to have him,” Howe said.

He added, “It strengthens the group in preparation for the next challenge. He was one of the leading players in France and an international player for Brazil.”

The Magpies are showing their financial strength under the new Saudi monarchy in an attempt to avoid relegation from the English Premier League.

The club, which underwent a training camp in Saudi Arabia last week, won only two league matches this season, and is currently in the relegation zone, but it is only one point away from the safety zone. The team will be on a date with an important match against struggling Everton in the next stage of the Premier League on February 8.

Howe said Friday that the club will remain active in the current transfer window, given that the market closes at midnight on Monday.

“We are working hard to improve the team,” he added, adding that “our biggest goal is to give the team the best chance of staying in the league.”